You'll have to click through to see what they look like. This is one of those posts. 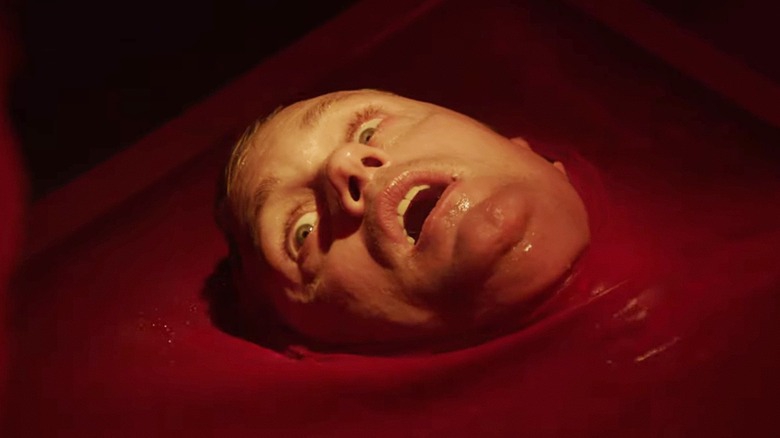 Looks like today's an Infinity Pool-heavy day, everyone: hot on the heels of a fresh clip from Brandon Cronenberg's forthcoming mindfuck of a movie come four brand-new character posters!

Well, actually, it's three new character posters, plus one for Cronenberg himself (if we wanted to get really pedantic about it, we could point out that these aren't technically character posters so much as they are posters for the actors themselves, but let's not get mired down in the details; we are here to celebrate).

Let's see what they've got for us! 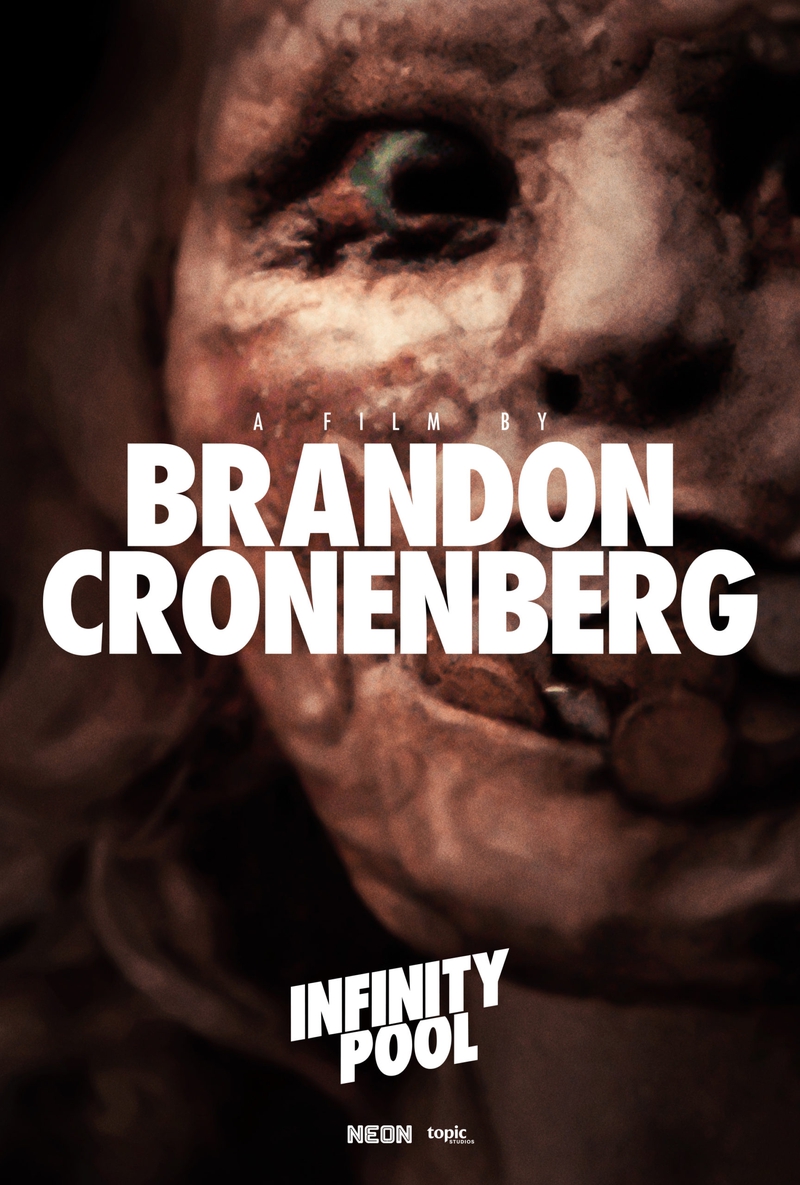 Here's Brandon Cronenberg's poster, which features one of the film's already-borderline-iconic freakshow masks, which basically look like the middle ground between The Dark Knight's Joker-henchmen masks and Gary Oldman in Sir Ridley Scott's Hannibal. 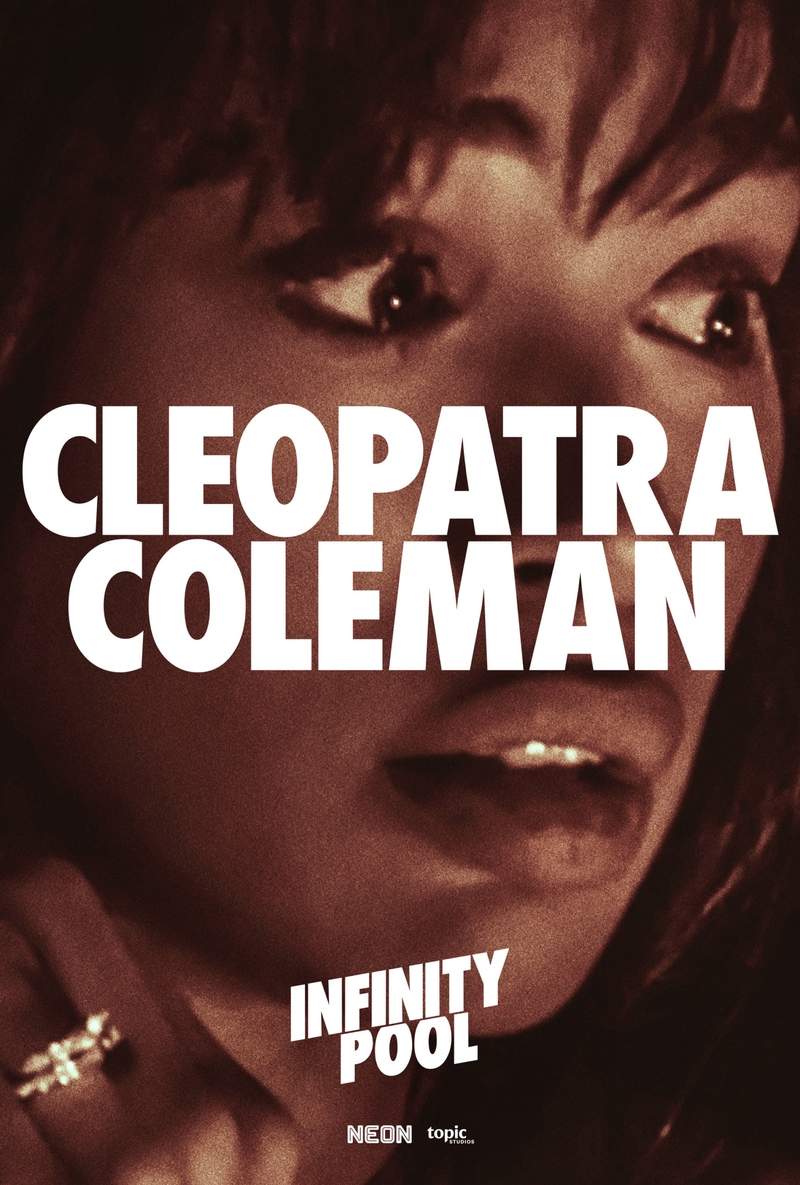 Here we have Cleopatra Coleman's poster. Looks like she's getting an eyeful of something unpleasant. In a Brandon Cronenberg movie?! Who'd have thought? 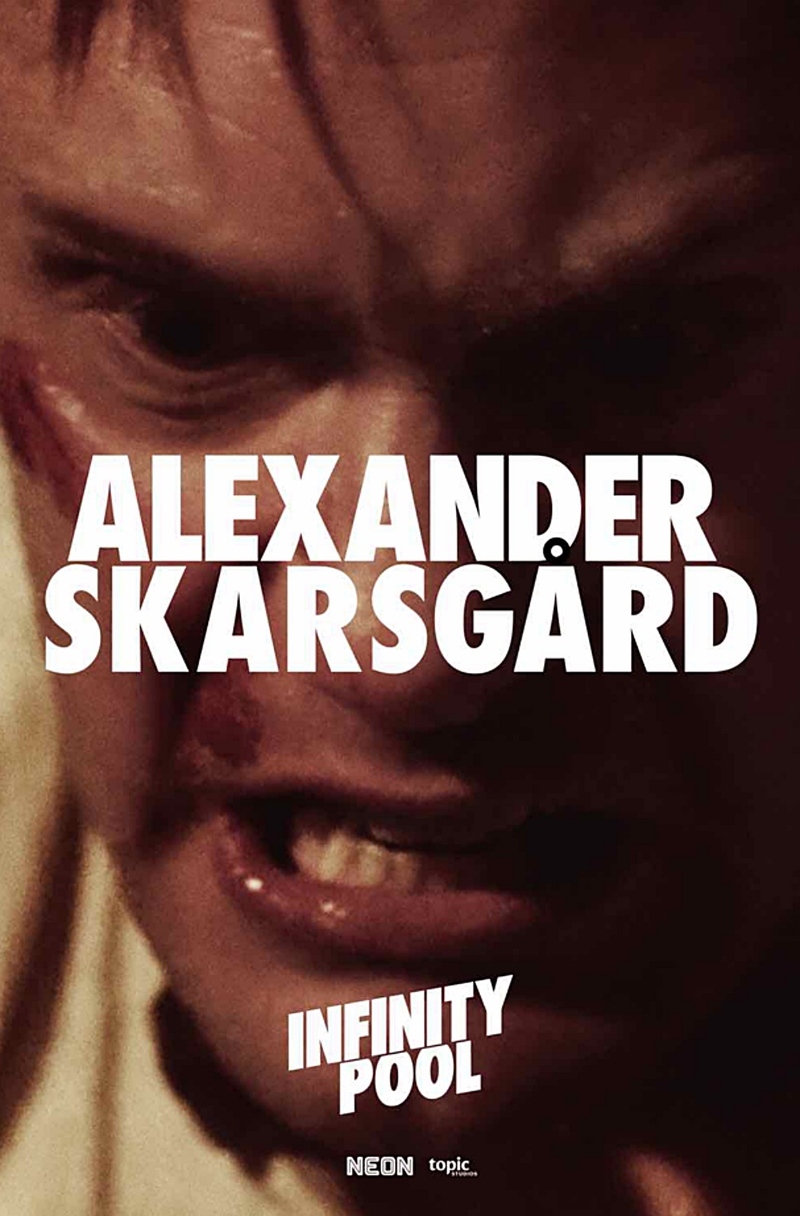 Here's Alexander Skarsgård's poster. He appears to be going through it. Perhaps not as thoroughly as he did in that clip from earlier today, but still. 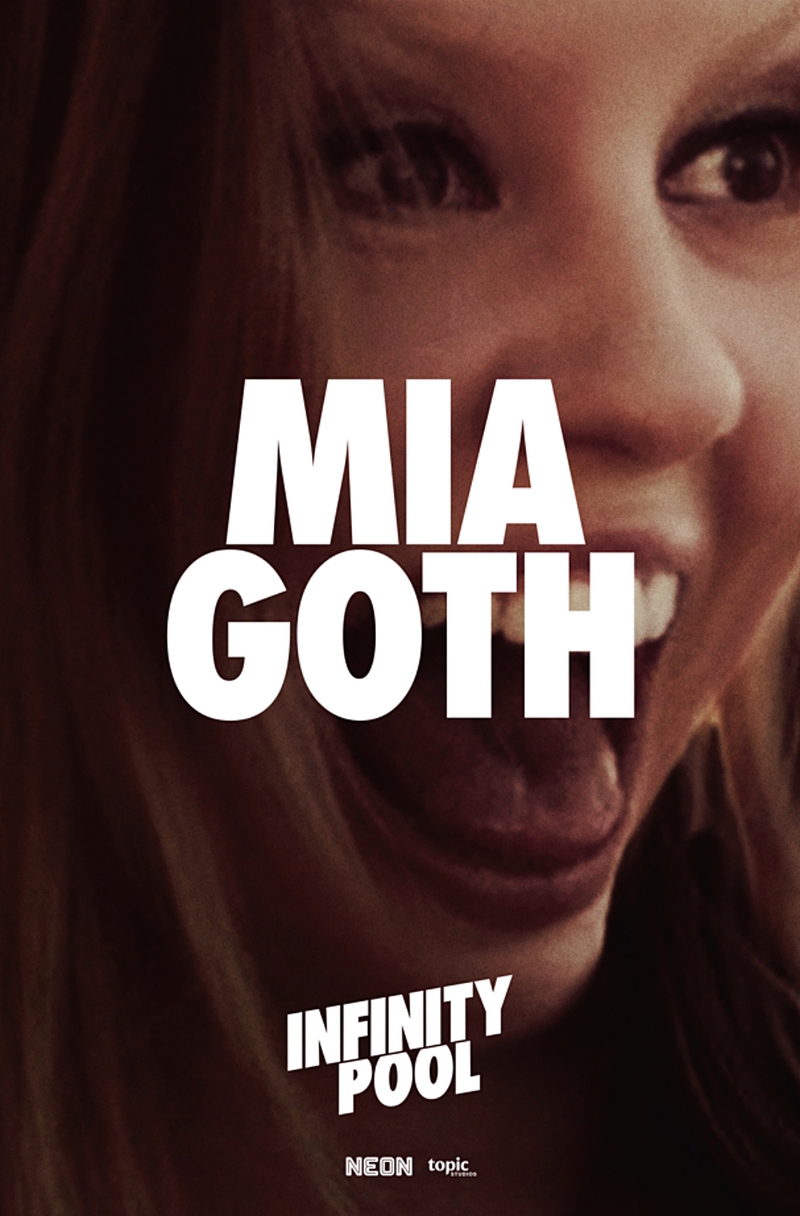 And, last but not least, we have reigning horror queen Mia Goth's poster. As you can see, she's the only one in these posters whose character seems to be having a good time. Probably nothing to be read into that.

We remain extremely excited to get a look at Brandon Cronenberg's Infinity Pool when it arrives on January 27th. Please stay tuned for further updates on this one as we get closer to the film's release!