The First Trailer For LULLABY Will Not Put You To Sleep

ANNABELLE director John R. Leonetti would like to introduce you to Lilith. 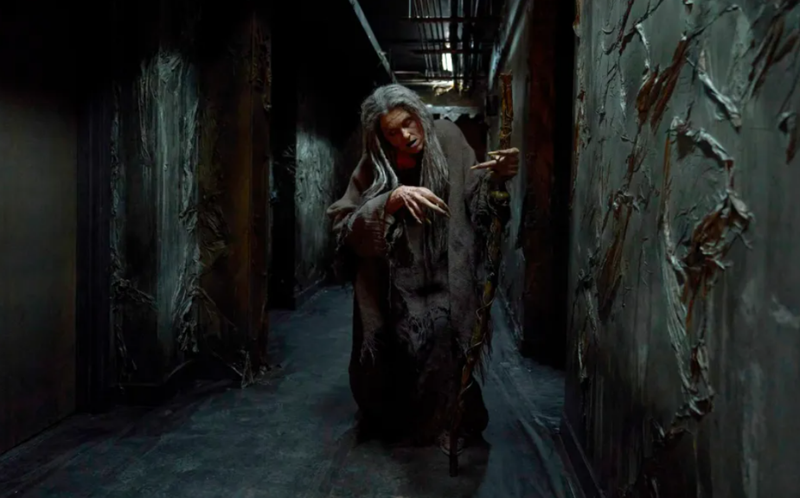 Remember the very first Annabelle (2014)? Written by Gary Dauberman and directed by John R. Leonetti, the film was initially notable for being the very first spin-off from James Wan's The Conjuring, a prequel that took a much deeper dive into the haunted doll sequence that kicked off Wan's film. Upon release, it became notable for entirely different reasons: namely, that it generated over a quarter of a billion dollars at the worldwide box office on the back of a $6.5M production budget.

Leonetti's certainly kept busy in the years since, directing Wolves at the Door, Wish Upon, and The Silence, and today we're learning that he's got another film headed our way just next month: Lullaby.

What's Lullaby about? Here's a synopsis, via the press release we received earlier today:

"The film follows a new mother who discovers a lullaby in an ancient book and soon regards the song as a blessing. But her world transforms into a nightmare when the lullaby brings forth the ancient demon Lilith."

Alrighty. Let's see what Lullaby's got...

Yeah, this looks like a reasonably freaky watch. You've got a classic "The person in the shower with you is not who you think they are" gag, a dead-baby jump scare (a pretty ballsy thing to toss in your teaser trailer, I might add), people getting yanked through mirrors by Lullaby's big bad, the aforementioned Lilith.

If you dig what you're seeing here, do be aware that Lullaby - starring Oona Chaplin, Rámon Rodríguez, Liane Balaban, Kira Guloien, and Moni Ogunsuyi - hits theaters and On Demand on December 16th. That's right around the corner, so all you parents out there better spend the interim Lilith-proofing your nurseries.