The Fantastic Fest 2022 Diaries: Day One

In which Team Fango reconvenes in the September Austin heat for SMILE, TERRIFIER 2, and A WOUNDED FAWN. 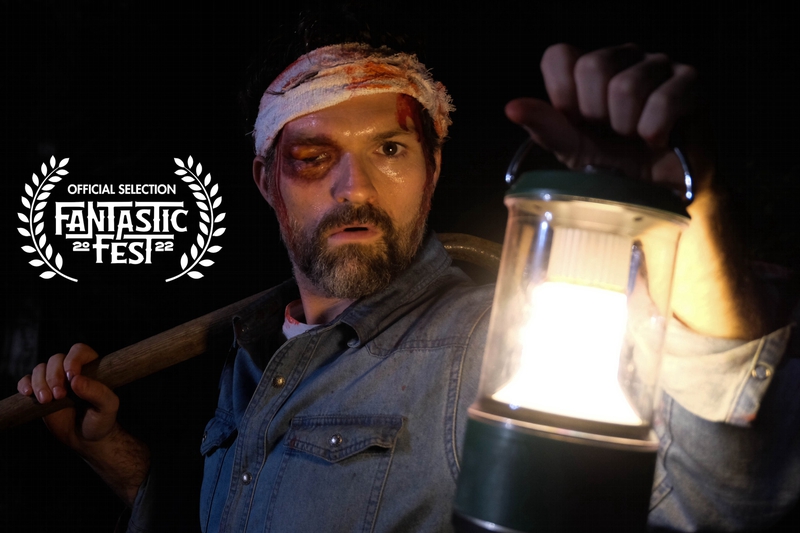 If you’ve ever been to a high school reunion, with that nervous energy over the idea of seeing old friends colliding with the easy affection of actually reconnecting with those same people, that’s kind of what day one of Fantastic Fest 2022 felt like. But sweatier. My 10th trip to this amazing event was emotional, fun, and damp as the Austin sun beat down on us at the Alamo Drafthouse South Lamar in Austin, Texas.

Fest director (and Fango contributor) Lisa Dreyer and her team were all hustling in the hours leading up to the festival, serving as both ambassadors and building supers, setting up, greeting guests, and putting out (non-literal) fires as the clock ticked down to go time. I had a little ticketing snafu which I casually mentioned to Lisa upon greeting her; approximately 45 seconds after she rushed off I got an email saying my issue was resolved. That’s how they do it at Fantastic Fest.

Team Fango hit the ground running, with intrepid Digital Editor Angel Melanson interviewing the director (Damien Leone) and stars (David Howard Thornton and Chris Jericho) of indie gore epic Terrifier 2 before hitting the red carpet to chat with cast and crew of Smile, the fest’s opening night film. Angel is WORKING this fest, and it inspires me and tires me just to watch.

Back in the Highball, the otherworldly, unsettling performance group Itchy-O performed inside, outside, and on the floor of the venue. Someone once called them a “Satanic marching band,” and that kind of hints at it but doesn’t fully cover it. They’re as creepily indescribable as they were the last time I saw them here, so I won’t bother; just hit the link.

The midnight crowd was treated to director Travis Stevens’ A Wounded Fawn, a film I blearily described on Twitter at 2am last night as the kind of fever dream a guilt-ridden Ted Bundy might have after watching Evil Dead II. Sarah Lind plays a woman whose self-preservation instincts kick in perhaps a hair too late on a romantic getaway gone very wrong, as Stevens front-loads the audience with the kind of knowledge that had it hollering at the screen as Lind’s character steps further and further into a particularly horrifying trap. Josh Ruben is fully weaponized against the audience, his comedic talents once again masking something altogether nastier. But this isn’t just a simple serial killer movie; Stevens finds a way to take the proceedings into another realm entirely - and I’m not just talking about the fact that he shot A Wounded Fawn on gorgeous, grainy 16mm.

Day One bonus: the 35mm hallucinatory British folk horror nugget O, Glory!, which was unleashed on us prior to Fawn’s screening. The less said in advance the better (you can see a trailer here), but fans of Matthew Holness’ Possum or the work of Ben Wheatley would do well to check it out.

Tomorrow: we head to a live KINGCAST episode and the world premiere of Noah Segan’s Blood Relatives! And I might buy groceries for my AirBnB!

You can read about both Smile and A Wounded Fawn in the latest FANGORIA, on sale now.