We have actual evidence this may actually be happening! 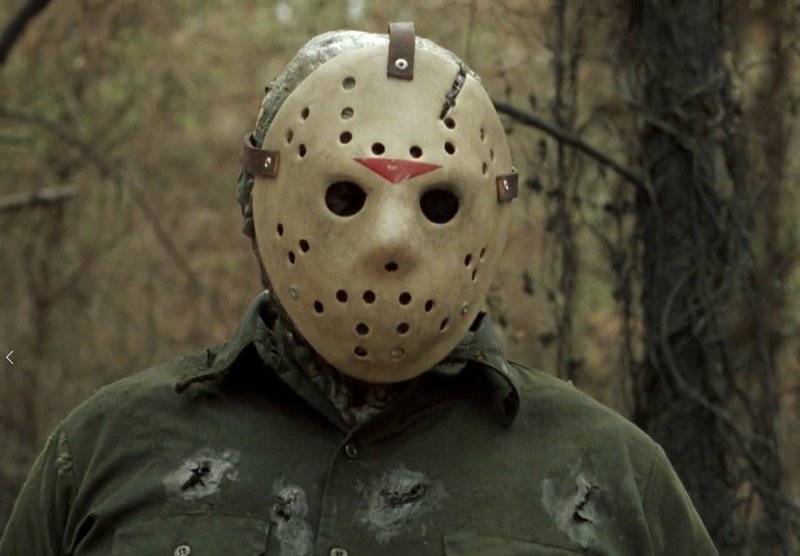 Jason looks skeptical, and that's fair. But we swear this sounds legit.

Editor's Note: This has since been debunked, New Line Cinema deleted the post that stirred a billion hopes. We had a fleeting moment of misplaced joy, the agony! You can read the updated developments right here.

Friday The 13th has been teasing the hell out of horror fans over the last month or so. Follow along on what I like to call, The Timeline of Tease.

In early August, Producer Roy Lee (It, Barbarian) recently spoke with the folks at Bloody Disgusting about his upcoming movie Barbarian. The subject of a new Friday the 13th movie came up, at which point Lee teased that we may have some killer news on the horizon, “That one is something that I would love to talk about. You may be hearing something by year’s end… on that front."

A quick peek at Lee's IMDB account lists him as a producer on an upcoming Friday The 13th project, officially listed as "announced."

Continuing our journey down the timeline of tease, last week, original Friday the 13th director, Sean Cunningham added an interesting update to his Cameo page, “Sean S. Cunningham directed and produced the seminal horror film Friday the 13th, creating the iconic villain Jason Voorhees. The movie has spawned 12 installments with a 13th scheduled for next year.”

The rights to the franchise have been famously tied up for years, completely stalling the franchise in 2009. As Ryan Scott explained, "The ins and outs of it are extremely complicated, but original director Sean S. Cunningham and screenwriter Victor Miller have been at legal odds over the rights for years now, with the legal battle dragging on with no end in sight. Basically, both sides would need to come to terms for things to move forward. Lee’s latest comments lead us to believe that perhaps the dust has finally settled."

Rumors have been running rampant, and we have been trying to keep our cool and not get all worked up in the rumor mill, but with New Line Cinema officially sharing that little teaser, and making even a peep about more Voorhees on the horizon, has us feeling less skeptical and more hopeful. We're kind of freaking out, man! It looks like we are very likely finally getting a new Friday the 13th, stay tuned for more!