Groovy! Bruce Campbell Is Writing SGT ROCK VS THE ARMY OF THE DEAD For DC

Evil Dead star Bruce Campbell is taking his talents to DC Comics for SGT ROCK VS THE ARMY OF THE DEAD, a six-issue miniseries debuting this fall. 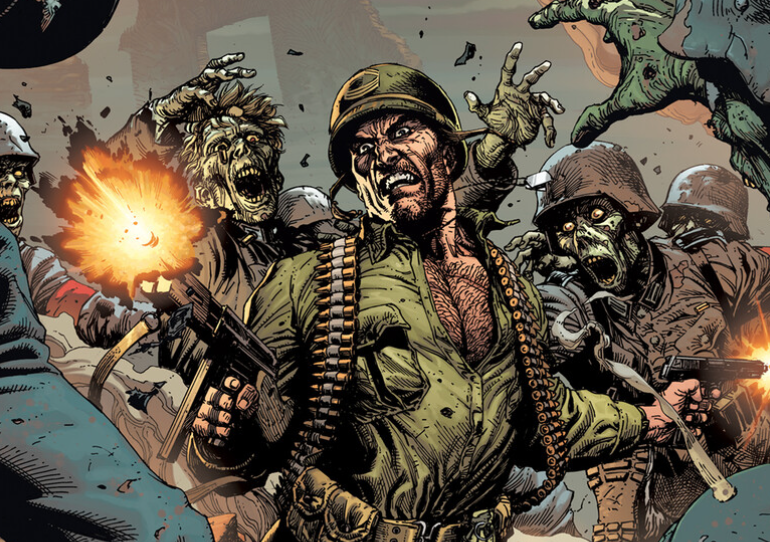 SGT ROCK VS THE ARMY OF THE DEAD

Today brings some groovy news, particularly for those who like zombies and/or Bruce Campbell. DC Comics has announced that the Evil Dead star will be penning DC Horror Presents: Sgt. Rock vs. The Army of the Dead, a brand new, six-issue miniseries that will take the 1950s comic book war hero and pit him against a group of Nazi zombies. Who better to tell a story such as that than Ash Williams himself?

It’s time for Easy Company to get back on the dance floor. https://t.co/bdEbIVkewF

Eisner-winning Artist Eduardo Risso (100 Bullets) is teaming with Campbell on the project, which is set to debut its first issue in September. So, what precisely can we expect from Sgt. Rock on this new horror-centric adventure in the pages of DC Comics? The publisher revealed a plot synopsis and some cover art (which you can check out below). The synopsis reads as follows:

"The story begins in Berlin, 1944. The Nazis are flanked on all fronts by the combined Allied forces, and defeat seems inevitable. In a last-ditch effort to turn the tide of the war, Hitler and his team of evil scientists create a serum that resurrects their dead soldiers, creating an army of the dead even stronger than they were in life. Sgt. Rock, hero of the European Theatre, and his Easy Company find themselves dispatched into enemy territory to face off against the strangest, most horrific enemies they've encountered yet: Nazi Zombies." 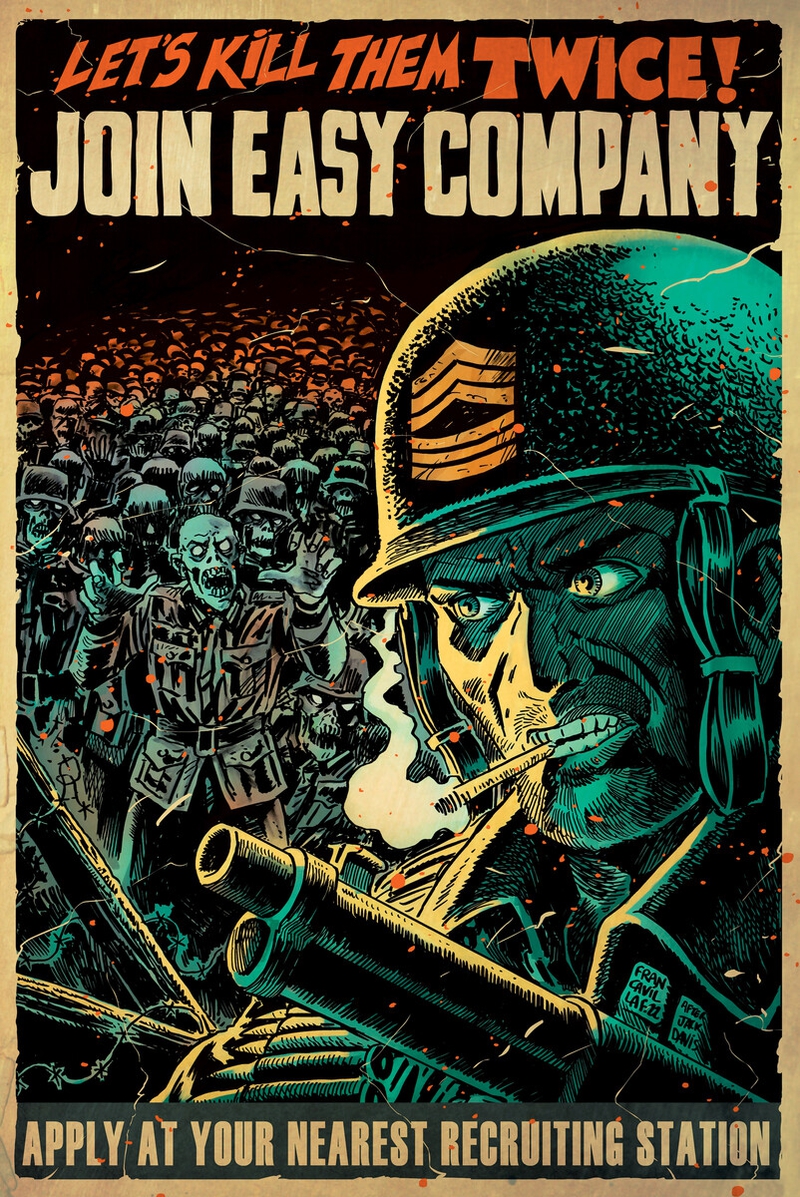 For those who may not be familiar, Sgt. Rock is a character that dates back to 1959, first appearing in the pages of Our Army at War #83. Created by writer Robert Kanigher and artist Joe Kubert, he led Easy Company and, at that time, was a dedicated soldier fighting in World War II. Now, he's going to get the chance to go on a more spectacular (and horrific) adventure that one might more closely associate with the medium of comic books.

The first issue will be downright lousy with variant covers. The main cover comes to us from Gary Frank (Supergirl). DC will also publish a "Duffel Bag Gore" variant cover by Frank Quitely (The Authority) that they say is "too gruesome to even show you." Other covers come from Charlie Adlard (The Walking Dead), Francesco Francavilla (Batman: Black Mirror), Chris Mooneyham (Joker Presents: A Puzzlebox), and Pia Guerra (Y: The Last Man).

Meanwhile, Campbell is staying quite busy these days. He recently returned as Ash Williams in Evil Dead: The Game. He's also on board to produce the upcoming Evil Dead Rise, which is expected to be released on HBO Max sometime later this year. Now he can add comic book writer to his ever-impressive resume.

Sgt. Rock vs. The Army of the Dead #1 hits shelves on September 27. 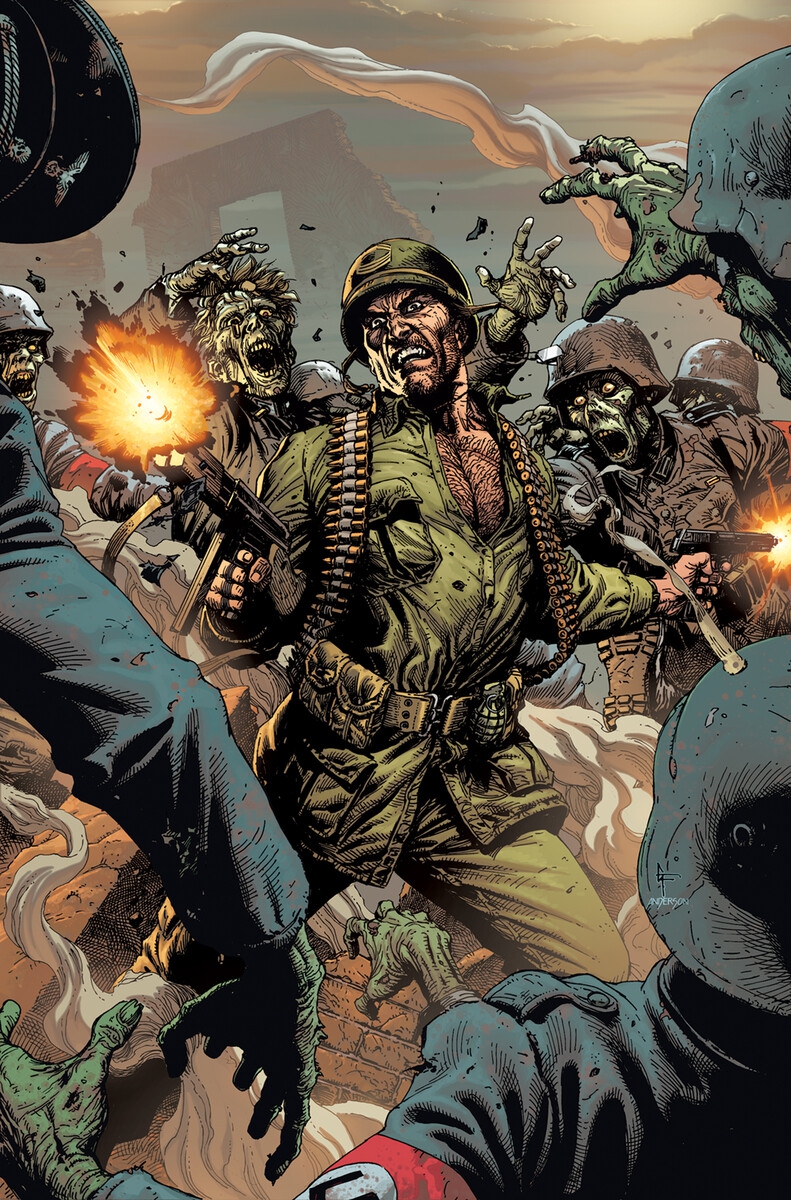