Exclusive: Dive Into The Darkness Of BARBARIAN In This Behind The Scenes Clip

20th Century Studios has provided us with an exclusive look at BARBARIAN as the movie makes its way home on Digital. 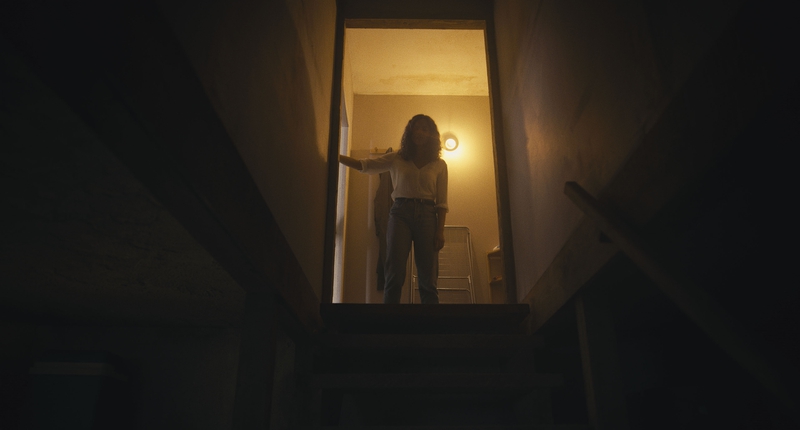 One of the single greatest (and not to mention surprising) horror experiences of the year has arrived home in the form of Barbarian, as director Zach Cregger’s wild feature is now available on Digital. We here at Fango have a little treat for you in the form of an exclusive clip from the movie that showcases a little of what went on behind the scenes to help bring the film to life. In particular, what director of photography Zack Kuperstein brought to the table.

Our exclusive clip from 20th Century Studios’ latest goes over Kuperstein’s work bringing Cregger’s vision to life. Specifically, how they were able to pull off the filmmaker’s “low light” approach, especially in the tunnel sequences, where the only light was coming from the character’s phones or a flashlight. Kuperstein explains that they used the films of David Fincher and Sam Raimi as inspiration to build the two worlds of the film: the upstairs of the house and the horrors below.

“The upstairs is built in a Fincher-esque world,” Kuperstein explains. So, it’s a lot of precise camera movement, a little bit of hazy lighting. I want the camera operating to feel invisible. When we get downstairs, it’s a little more aggressive. Using wider lenses, fast camera movement. A little crazier.”

Barbarian is, to say the very least of it, a unique and surprising experience. Especially for a mainstream film that was technically released by Disney, of all places. This clip makes it crystal clear that Cregger and his crew didn’t happen upon a great movie by accident. It was all planned very painstakingly. The synopsis for the film reads as follows:

“Traveling to Detroit for a job interview, a young woman (Georgina Campbell) books a rental home. But when she arrives late at night, she discovers that the house is double-booked, and a strange man (Bill Skarsgård) is already staying there. Against her better judgment, she decides to spend the evening. Before long, mysterious sounds draw her to other parts of the house where terrifying discoveries prove there’s a lot more for her to fear than just an unexpected house guest.”

Georgina Campbell, Bill Skarsgard, and Justin Long lead the cast. Cregger, in addition to directing, also penned the screenplay. It’s proved to be a big hit for the filmmaker, as it has earned more than $40 million at the domestic box office alone against very strong praise from critics. Though those holding out hope for a sequel would do well not to hold their breath.

Barbarian is in theaters, on Digital, and streaming on HBO Max now.