7 Comedy Directors That Turned To Horror

Peter Jackson and Sam Raimi can attest, it's a fine line from "Ha-ha" to "Oh no!" 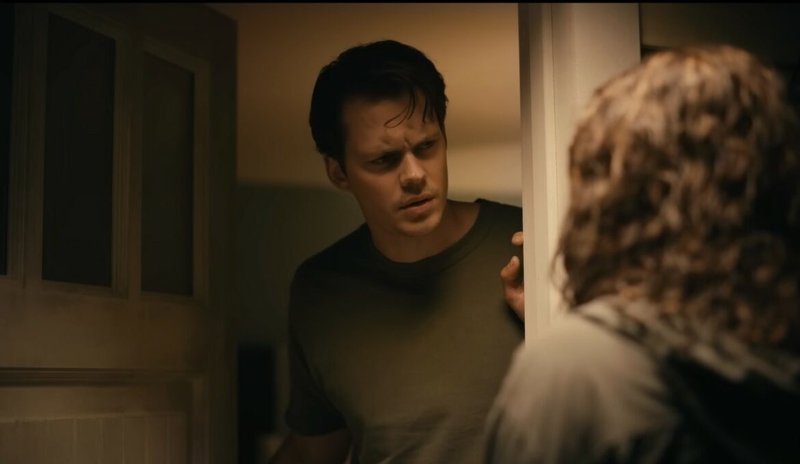 No, really. It's not that weird.

The resurgence of mainstream American horror films in the last decade has seen several distinct trends emerge in the new generation of influential scary features. Among these is the rise of comedy directors helming horror movies. The worlds of horror and comedy have never been far apart, as works combining the two genres from auteurs like Peter Jackson and Sam Raimi can attest. Meanwhile, horror filmmakers have often dabbled in the world of studio comedies, as seen by Wes Craven helming the 1995 Eddie Murphy vehicle Vampire In Brooklyn.

But this surge of comedy directors tackling horror movies is a unique kind of beast, one that sees people well-versed in the world of laugh-heavy features diving into horror films that are often devoid of gags entirely. There are several reasons why this phenomenon has emerged, including the dearth of major studio comedies leading comedic artists to search for other outlets to express themselves in a feature-length format. Whatever the reason behind this trend, the various financial and creative successes with comedy directors transitioning into the world of horror indicate it won't be stopping anytime soon. 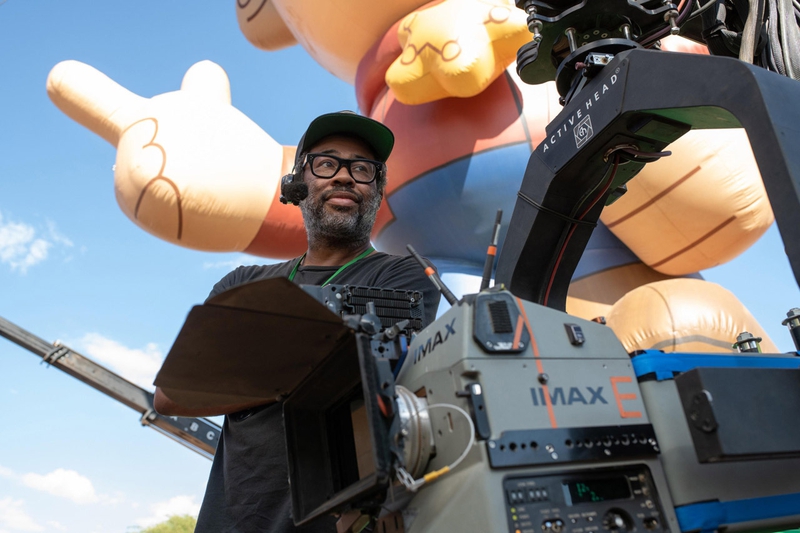 Undoubtedly the most famous example of this trend, it wasn't too long ago that Jordan Peele was known first and foremost as a standout player on MadTV and as the star of the sketch comedy show Key & Peele. From a distance, it may seem peculiar that Peele would shift his priorities over to horror after spending nearly two decades focusing on wacky laughs. But various sketches on Key & Peele, including one where he and fellow star Keegan Michael-Key are caught in a Saw-like torture chamber, demonstrated a clear affinity for the visuals and narrative hallmarks of horror features. The comedy in these sketches tended to come from juxtaposing authentic-looking horror scenarios with mundane bursts of comedy.

Through these segments, it was clear Peele was no stranger to horror, while all of his feature-length directorial efforts have harkened back to his roots by featuring varying degrees of comedy. Get Out, for instance, is an utterly terrifying thriller, but Lil Rel Howery is also around to provide moments of welcome levity as the world's most courageous TSA. Getting into the nitty-gritty of his various artistic forays, it doesn't seem so much like Peele has transitioned away from one genre to another. Instead, he's always been somebody who tackles tonally complicated works… it's just that now they're made with horror at the forefront.

For years, Zoe Lister-Jones was a fixture of indie cinema with only occasional forays into big studio filmmaking. This includes working on low-budget projects in a behind-the-scenes capacity. Such productions included her feature-length directorial debut Band-Aid and writing scripts for features like Breaking Upwards and Lola Versus. A common element among these earlier projects? They were comedic and leaned into the tone of movies Jones often appeared in strictly as a performer.

In 2020, Zoe Lister-Jones departed from her usual indie comedy roots by taking on The Craft: Legacy. Not only would this be made for Sony/Blumhouse rather than financed by credit cards, but it would also be a horror movie. In an interview with IndieWire, Lister-Jones noted that her enthusiasm for tackling such a drastic tonal departure from her earlier motion pictures stemmed from a combination of nostalgic love for the original The Craft and her desire to work on a movie about female camaraderie. There may have been more jump scares and witchcraft than in her straightforward comedies, but with The Craft: Legacy, Zoe Lister-Jones could still work with the kind of themes and characters she finds so fascinating. 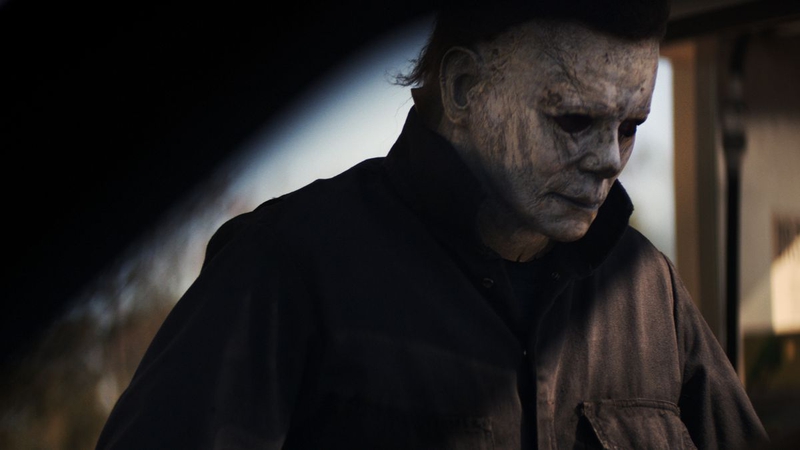 Of all the filmmakers on this list, David Gordon Green is one of the least surprising comic filmmakers to head over to horror. His initial works as a director were already darker projects that didn't flinch from heavy subject matter like George Washington or Snow Angels. While those films garnered acclaim, it was the 2008 crime comedy Pineapple Express that rocketed him to a new level of notoriety. From there, Green did a streak of comedies, like Your Highness and The Sitter, not to mention directing TV comedies like Eastbound & Down and Red Oaks.

Green again reinvented himself in 2018 with Halloween, a project that spawned a pair of sequels helmed by Green and paved the way for him to direct a new sequel to The Exorcist. Going from raunchy Jonah Hill features to emerging as the go-to filmmaker behind updates of classic horror franchises may seem bizarre on paper. However, in the context of his entire career, David Gordon Green's detour into horror is just another instance of this filmmaker being willing to try anything. 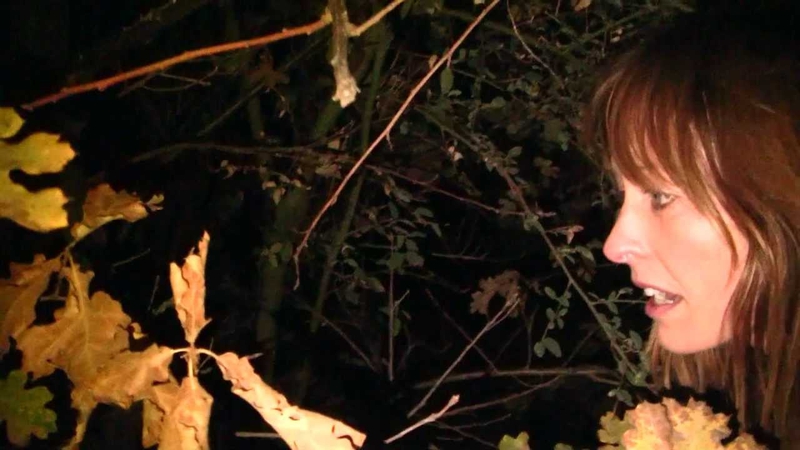 In 2013, stand-up comic/director Bobcat Goldthwait got in on the found-footage horror craze with Willow Creek, which followed two documentarians engaging in a doomed journey to find Bigfoot. Though it was Goldthwait's first horror film, it wasn't the first time he'd helmed a movie that explored dark material. All of Goldthwait's comedies qualify as dark comedies, unafraid to depict on-screen murder and all kinds of grotesque behavior. The actions of Robin Williams in World's Greatest Dad, for instance, are as unnerving as any of Jigsaw's elaborate traps. This director had always been conscious of the dark underbelly of the world…he was just now exploring it to produce chills rather than laughs.

After directing his first movie that he didn't also write (Cop Out), Kevin Smith, master of vulgar indie comedies, was looking for a change. Through his desire to shake things up came a brief stretch of Smith's career where he focused heavily on horror fare. The most chilling of these efforts was the 2011 indie Red State, which explores the horrifying actions of a violently homophobic church. 2014's Tusk had bursts of comedy, but it took its body horror very seriously, with the sight of a man being turned into a walrus 100% meant to make viewers quiver in their boots. After these films, Smith would return to straightforward comedies that functioned as sequels to his most beloved movies. But for a moment, Smith was becoming a regular in the world of unabashedly violent and disturbing horror cinema. 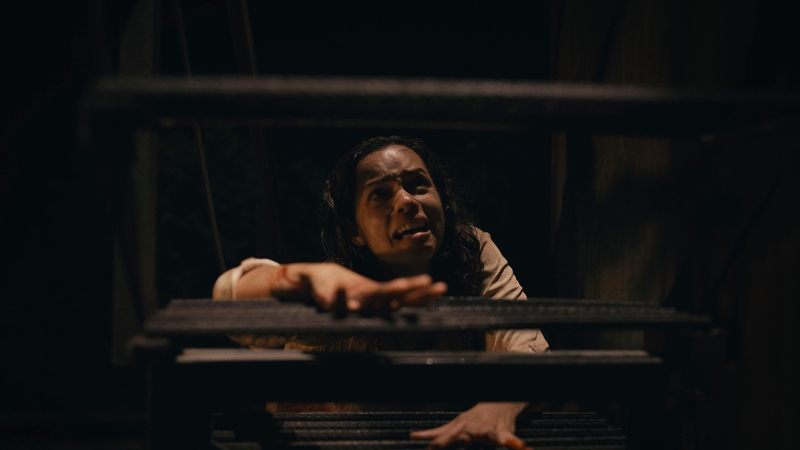 Once the credits begin to roll on Barbarian, your head is bound to be spinning with so many questions. Perhaps one of the most prominent in your cranium would be, "How is this from the same director of Miss March?" As implausible as it may seem, Zack Cregger, co-director of that 2009 sex comedy and member of the comedy troupe The Whitest Kids U' Know, is the creative visionary behind Barbarian (which he both wrote and directed).

It's an unexpected evolution for Cregger, but as he explained to Bloody-Disgusting, working on horror is quite similar to comedy in how "it's all about subverting expectations." Having had so much experience with comedic enterprises made Cregger feel like he was ready to not only tackle a horror movie, but his first-ever solo directorial outing. Something must've gone oh so right in his inaugural foray into horror, as Cregger is already writing a script for another motion picture set in this genre. 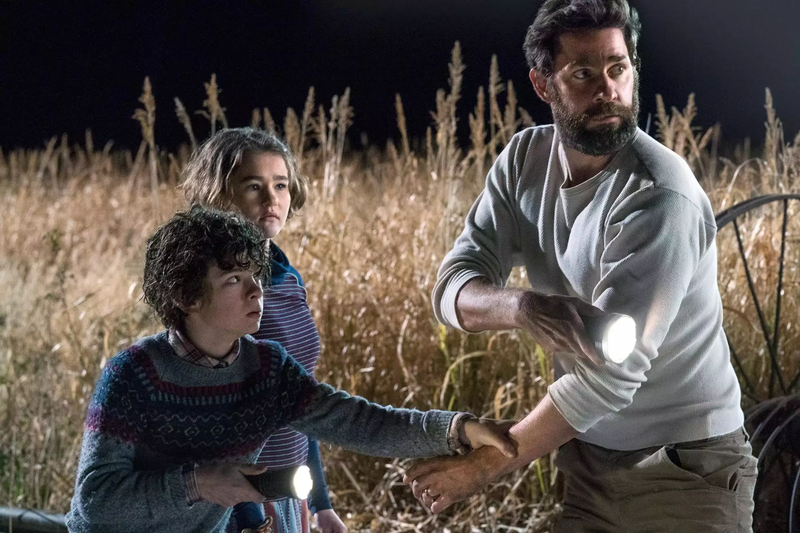 It took a little while for John Krasinski to take off in movies. Always and forever known as Jim from The Office, Krasinski initially broke into big-screen films by headlining comedies like License To Wed, Leatherheads, and Something Borrowed. None of these projects quite took off, but Krasinski kept pursuing light-hearted comedic works, including in his first two directorial efforts, Brief Interviews with Hideous Men and The Hollars. But then, in 2018, it finally happened. Krasinski anchored a massive big-screen hit with his third directorial effort, the horror movie A Quiet Place.

Whereas Peele and Green had at least shown an affinity for either horror or even darker material before their first horror directorial efforts, Krasinski was truly a bolt out of the blue as a horror auteur. Very little in his career could even remotely be associated with the world of horror cinema. Interestingly, in an interview with Deadline, Krasinski noted that his first response to being offered A Quiet Place as a directorial gig was, "I don't do horror movies." However, the compelling premise about a family sticking together struck a chord with Krasinski, who'd just had a kid when he first read the script. While Krasinski had been a fan of various horror movies like Jaws and Alien all his life, it was the familial element of A Quiet Place that got him to abandon his comedy comfort zone for something scary.