Steve Foxe and Piotr Kowalski are bringing the creature-feature goods to a comic book store near you this April. 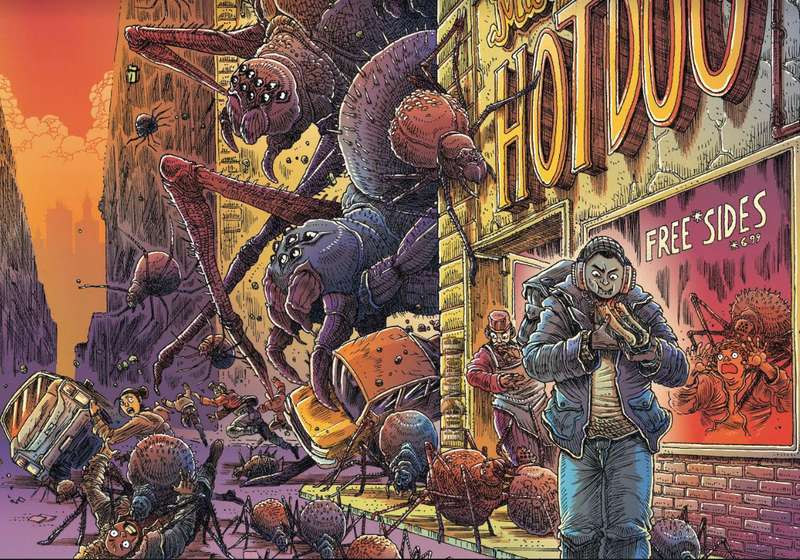 Fans of spider-centric horror rejoice! The fine folks at Dark Horse Comics have announced a brand new miniseries that will unleash a wave of giant spiders on New York City in classic creature-feature fashion. Only instead of a “feature,” in this case, we’re getting horrific delights on the page in the form of All Eight Eyes, a new comic from writer Steve Foxe (Creepshow) and artist Piotr Kowalski (Where Monsters Lie).

The four-issue series is due to hit stands in the spring, with colorist Brad Simpson and letterer Hassan Otsmane-Elhaou also along for the ride. The four previously collaborated on Razorblades: The Horror Magazine, so they should be right at home here. As for what to expect from the book? We’ve got not one but two covers from the first issue for you to check out below, including a variant cover by James Stoke. Living up to the promise of the concept, there are indeed big-ass spiders abound. The synopsis for the series reads as follows:

“All Eight Eyes takes readers back to the forgotten corners of post-9/11 New York City, where college dropout Vin Spencer floats through life in a drug-and-party-fueled haze until one terrible night sweeps him into a drifter’s reckless war against the giant eight-legged horrors stalking the city’s most vulnerable residents.” 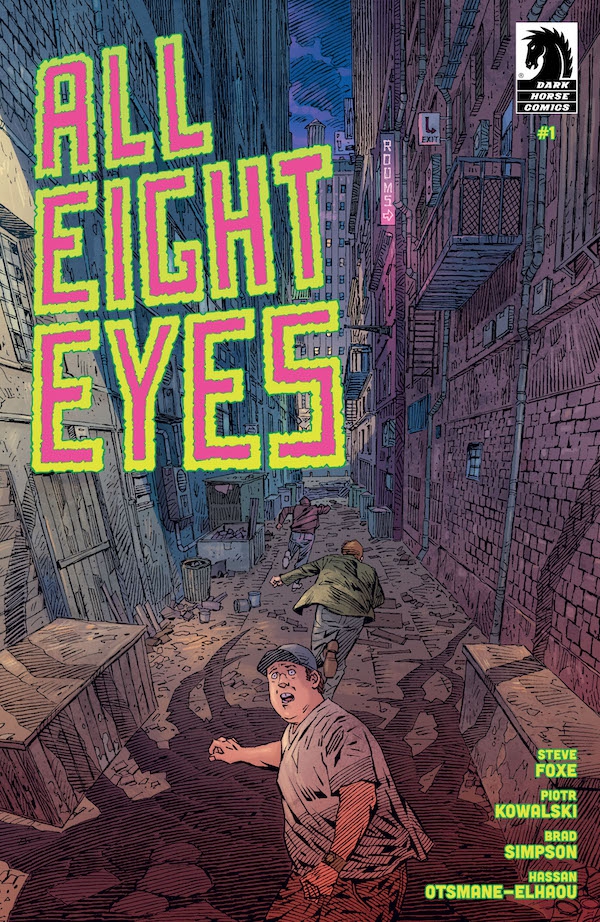 Horror has a longstanding tradition of giving giant spiders their time to shine, with everything from 1955’s Tarantula! to the campy Eight Legged Freaks. Not to mention Arachnophobia, perhaps the best spider movie ever made, even if the spider at the end is merely very big and not city-crushing. This comic looks to fit right in and find a home in the pantheon of spider horror. Foxe had this to say about it:

“I’ve been obsessed with giant-animal horror stories ever since seeing Them! and Gila! as a kid. All Eight Eyes is both an ode to the thrills of watching oversized predators chow down on humans and a reckoning with how much NYC has changed—not always for good—since the turn of the century, drawing on my own time in the East Village and Alphabet City. I’m so thrilled to be making this arachnid gross-out alongside Piotr, Brad, and Hass. The detail Piotr brings to not just the creepy-crawly aspects of the book, but to every chipped brick and sticky sidewalk of NYC, is unmatched, and Brad and Hass match his skill page for page.”

Foxe, meanwhile, has been busy. Not only does he have this comic coming out over the next few months, but his graphic novel Party & Prey is also being turned into a movie by Legendary. Not to get too ahead of ourselves here, but if this book lives up to its promise, one can only hope it gets picked up by a major studio for a big-screen adaptation. One can never have too many big creature flicks.

All Eight Eyes #1 will hit shelves on April 29, with the trade paperback collected edition due to arrive on November 8. Those interested in nabbing the collection edition can pre-order it now via Amazon, Barnes & Noble, or your local comic shop and independent bookstore of choice. 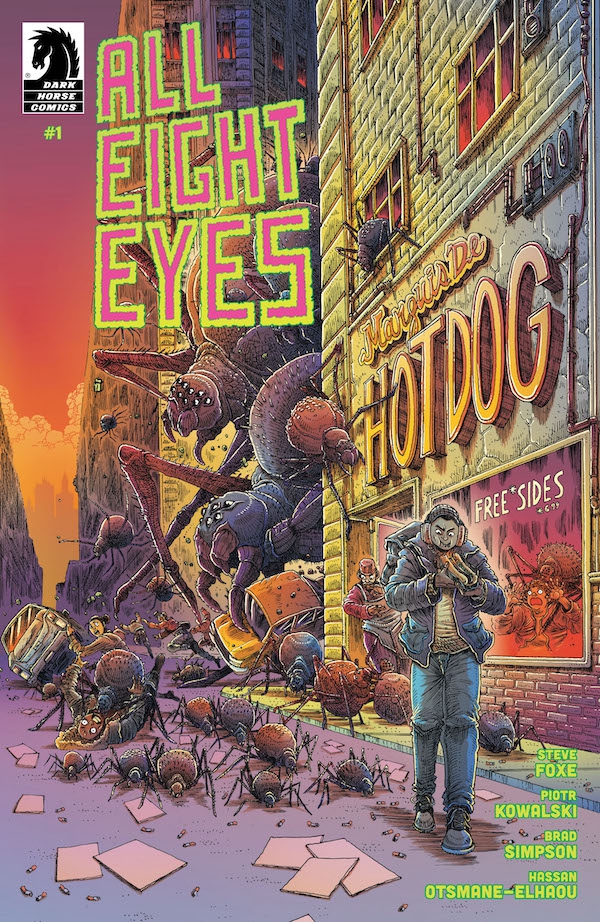