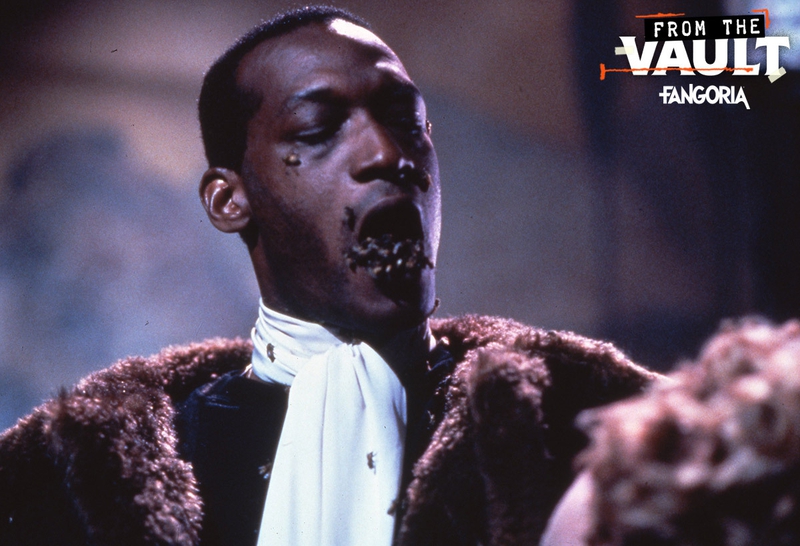 Have you ever felt uncomfortable in a job title? That's how I feel about "film critic." It wears sometimes like something too small, too stiff. Its seams slightly askew. I started writing about horror movies because I'm obsessed with monsters. And more specifically, storytelling about monsters. If we're being generous, this could be described as a scholarly impulse, but in practice, it's more akin to compulsive scavenging. Arabelle Sicardi said it best: "I like to pluck the good meaty parts out of anything and string it together into something that helps me see things clearer."

Experiencing a movie is a type of consumption; writing about it revisits the carcass to "pluck" the "meaty" bits and digest them on the page. Of this, I'm pretty sure we all agree. The dread emerges from what we cough up for others to consume and what it ultimately indicates about us: our taste, palate, and appetite but more importantly, our distastes. What we find unpalatable.

It's my most deeply held belief that worlds real and imagined are shaped by monsters; that the architecture of culture and society is erected through our prehistoric impulse toward monster-making; that faith in the divine is really faith in the monstrous, and that all of this is achieved primarily through the technology of storytelling. Put another way, "what do the good know except what the bad teach them by their excesses?"

Bernard Rose's Candyman is easily among the most brilliant films of the last fifty years. Adapted from Clive Barker's short story, "The Forbidden," it's widely considered the most successful of Barker's fiction-to-film adaptations, features a litany of iconic performances, introduced an iconic monster, and boasts an iconic score, all of which springs from an iconic, endlessly relevant (and endlessly quotable) screenplay. It's also a project I've tended to be very critical of, despite its legendary status and my own personal high regard. 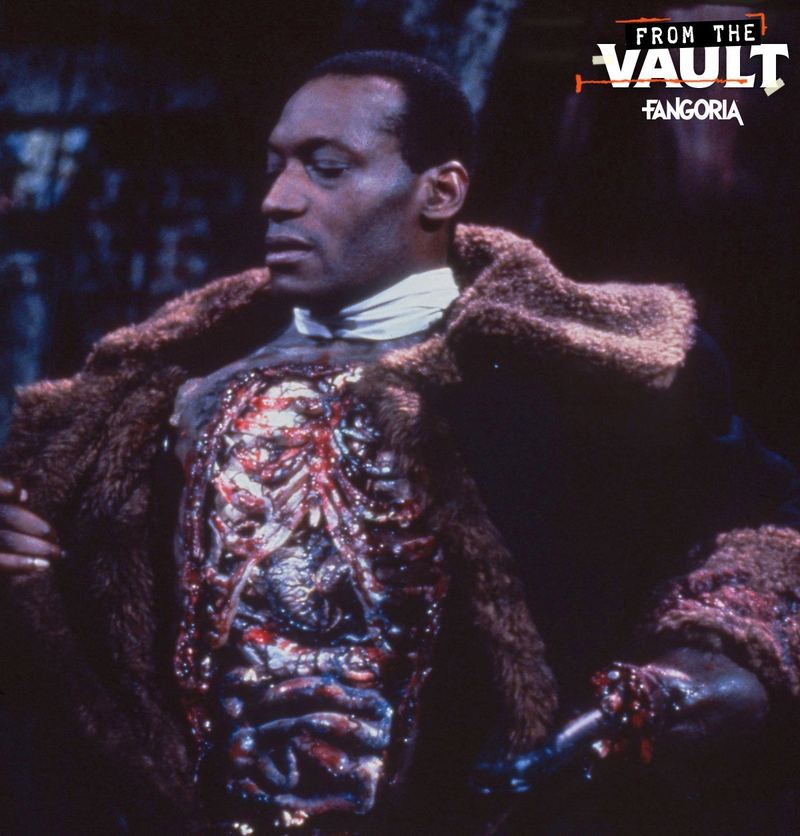 There are a million ways to talk about Candyman '92 (as The Whole Damn Swarm 30th anniversary conference held last weekend is testimony to) and a million more now, thanks to Nia DaCosta's spiritual sequel and reclamation. But a few points are particularly well-tread: the confusion of Candyman's haunting, the tired trope of equating Black masculine desire with the monstrous, the centering and saviorism of Helen's character (who I've personally described as akin to a truffle pig).

Though certainly not practiced this way by everyone, criticism is, to me, an act of love, which is to say, an act of surrender to a perspective outside one's own. The challenge of criticism- be it of film, culture, literature, gaming, or any form of art and media- is first to meet the project where it is and then ask if it is a place you can put your faith in. Human beings and all we create are built of stories and what I love about Candyman- what makes this film so fucking good and so fucking enduring- is that it's a project that understands this power, demonstrates this knowledge, makes it subject, does so imperfectly, and with extraordinary humanity.

Candyman isn't just a sympathetic monster. He is, to use Tony Todd's adjective, a distinctly "elegant" villain, comparable to nuanced characters like The Phantom or Catherine Deneuve's Miriam from The Hunger in that he so completely embodies the eroticism of terror and the terror of the erotic. Though inextricable from the legacy of films like The Birth of a Nation, King Kong, and Creature From the Black Lagoon, Candyman nevertheless represents a major departure from these earlier depictions of Black masculine monstrosity precisely because of this eroticism. A ghostly entity that is nevertheless corporeal, he demonstrates a type of necromanticism- an idealization of that which will undeniably devour us, whether it be person or place, an idea, goal, or belief- of which he is both Subject and object. And because this statement is equally true of Helen, each character can be interpreted accordingly. 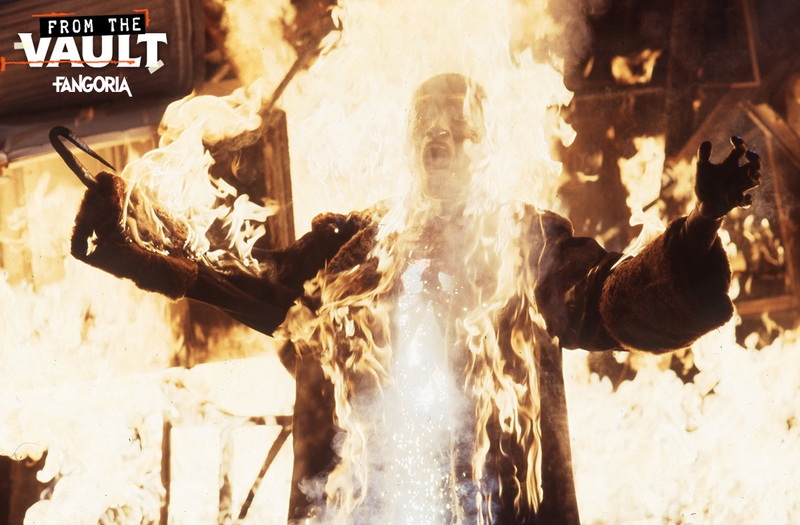 Daniel Robitaille isn't named in Rose's film, but in his origin tale, he's described as a nineteenth-century monied Black man whose romantic pursuit of a white woman leads to his brutal lynching, as ordered by the woman's father. The horror of that story, that memory, is so profound it reverberates across time and renders him immortal; kept alive by the power of storytelling but more specifically, storytelling as a type of conjure. But it's not just Candyman who is immortal—it's his pain and its source.

Like reading a book again and again, Candyman is stuck in a cycle that hinges on his idealization of white femininity and his attempts to recreate the family that was stolen from him. Driven by this compulsion, he is- as all monsters are- a manifestation of the void beckoning, complicated by the simple fact that he does not come unless he is called. To this point, Candyman, in many ways, echoes those other popular Barker creations, the Cenobites, whose monstrosity is equally erotic. When he implores Helen to "be [his] victim," we, the audience, are horrified…but enticed at the same time, and similarly so when he promises her that "The pain, I can assure you, will be exquisite."

The film nestles itself deep in this tension between fear and desire, both of which are inherent to the act of loving (that is, surrendering to) another, elucidating relationships' unique capacity to terrify. But it's not love that exists between Helen and Candyman. Theirs is a story that begins with mutual fetishization and devolves into homicidal infatuation—a story that is painfully familiar.

Though presented as a savior, Helen is a profoundly arrogant character. Myself and others have written before about her relationship to Cabrini-Green, its residents, and Candyman himself as one defined by entitlement and extraction. This is to say, she goes looking for Candyman and summons him to her, but is somehow (yet predictably) horrified when he answers her call. 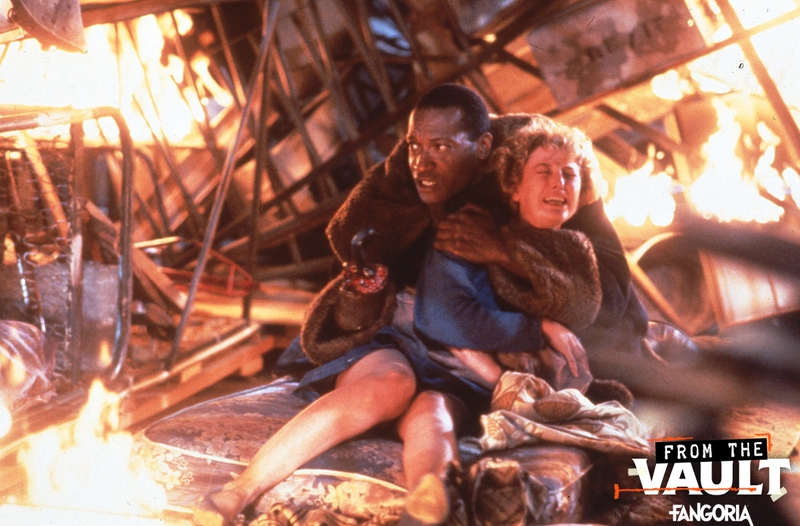 This is one of my favorite movements in Rose's film that is replicated and reframed in DaCosta's. Candyman is a crisis of faith embodied. He reveals- is proof of- the fact that truth-seeking is also always a type of death-seeking; that this is the truth of faith, the truth of devotion. Because what they mean in practice is a lifelong commitment to a cycle of destroying and reconstructing one's perspective and worldview anew.

Since the inception of American entertainment culture, there has existed a particular preoccupation with Black spiritual, medicinal, and folk traditions, evidenced in the anxieties about voodoo and "black magic" that have permeated white storytelling for centuries (remember, the first victim of the Salem witch trials was Tituba, an enslaved Barbadian woman). Candyman '92 takes these precise anxieties- those demonstrated in, for example, The Serpent and the Rainbow- and situates them within both urban legend and urban infrastructure. The way Haiti is presented as a magical, mystical place dangerous to so-called "civilized" white people because zombies and voodoo run rampant, so too is this same logic applied to Cabrini-Green and the other disenfranchised Black neighborhoods it stands in for. 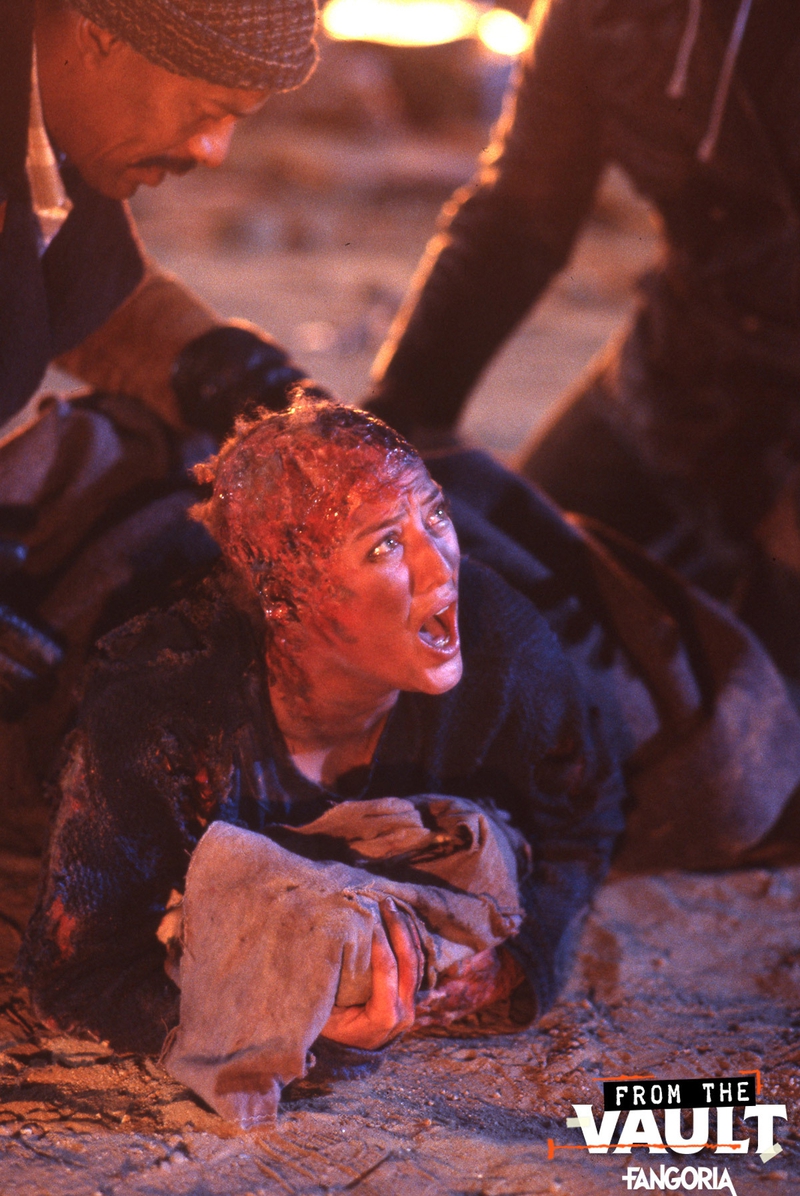 Helen's conflict emerges from the gulf between what she sees with her eyes, what she knows to be true, and what she believes is or can be real; a reflection of how whiteness attempts to diminish and ignore Black reality in order to control said reality. The popular line goes something like, so long as one doesn't believe in voodoo curses (or racism or systemic poverty and disenfranchisement), they can't do anything to you. But Candyman can. Candyman does.

To believe in anything is to imbue it with power, and since Helen's "disbelief destroyed the faith of [his] congregation," Candyman "was obliged to come. And…kill [her]." Candyman was born from belief in the Black monster. He was perceived as such, murdered and created anew in that image, imbued with power by the memory of terror, the storytelling about the terror, devotion to the terror. So much belief, it becomes a type of food source—transforms him from a person, to rumor, to compulsion.

Not despite its messiness but because of it, Candyman '92 remains an astounding analysis of how people create and conjure fear and why, the answer to which is always through storytelling, through monster-making, to establish power. But also because people take pleasure in power, in control, in terror. The film is far from the first to elucidate the eroticism of violence, but as far as interracial dysfunction goes, no better portrait can be found.