Eating disorder horror, an abuela with a shotgun, and Edgar Wright too! 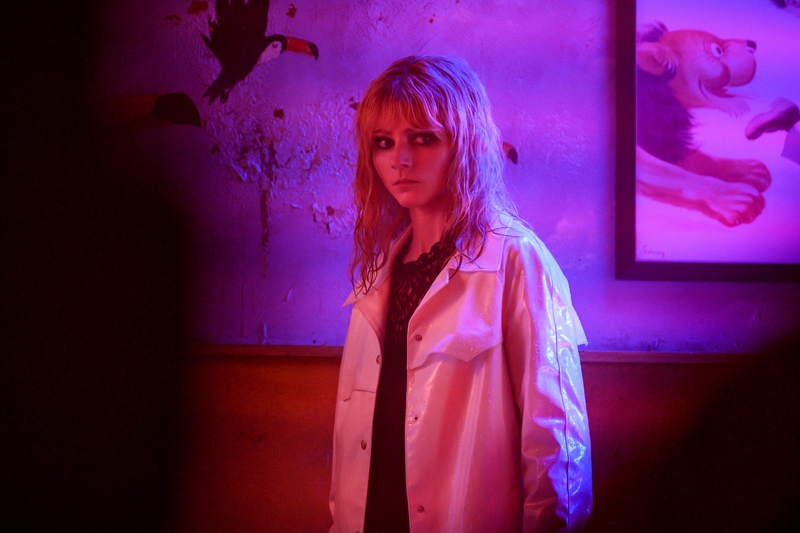 Day two of Fantastic Fest made it clear - this was not to be the crowded, raucous, debauched event of years past. This is a fest that once adopted as its motto the fox’s line from von Trier’s Antichrist: “chaos reigns,” and then worked overtime living up to that motto. While chaos may indeed be reigning in other parts of the country (or even this state), Fantastic Fest is giving chaos a year off. At its busiest, the fest energy this year is something closer to the chill afternoons of the second half of the films: low key, more coffee than whiskey, a lot less yelling. And y’know what? It’s FINE. This quieter energy is what a lot of us needed to get back out in the world. It feels good, and the lack of capacity crowds and aggro vibe is, I think, a boon to everyone’s comfort level. Or maybe we’re just getting old. Either way, it’s working.

After a morning of writing, I met up with Fango fam members Scott Wampler and Brian Collins for lunch. I saw Brian last year for the Shudder project I helped produce, but I hadn’t seen Wampler in two years; it’s good to hang again. We ate, we gossiped, we griped, and we speculated about the secret screening. The guessing is as big a tradition as the screening itself, and will likely be a primary topic of conversation right up until that night’s reveal. Titles floated: Dune, Last Night in Soho, Halloween Kills. Someone suggests No Time To Die? I...do not want a three-hour movie as the late-night secret screening, with respect to Messrs. Fukunaga and Villeneuve. Someone gets my hopes up that it’s the new Texas Chainsaw Massacre, which would mean I could keep my streak of seeing all the Chainsaw films on the big screen (the new one is headed to Netflix). Moments later Ryan Spindell, director of the excellent Mortuary Collection, assures me Chainsaw’s not playing. Easy come, easy go.

Meanwhile, fest co-founder Paul Alvarado has a line on some capybaras nearby; might need to do an offsite field trip. 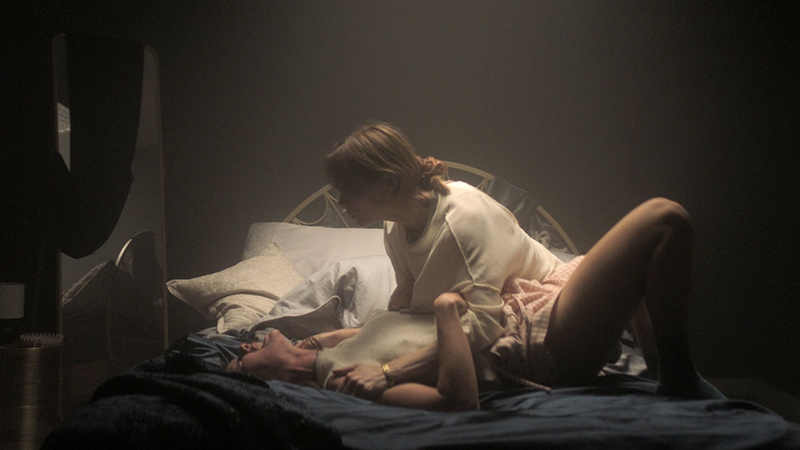 My first film of the day was Ruth Paxton’s A Banquet, a sort of eating disorder horror (a burgeoning subgenre, it seems) with Saint Maud/religious prophet vibes. Great performances carry a dark, dark story forward, and at one point a grandmother tells her granddaughter (whom she believes is acting out for attention), “we’ve all got problems, darling. Don’t be the show.” Send tweet, granny!

Second screening of the day was Bingo Hell, part of this year’s crop of Welcome to the Blumhouse features headed to Amazon. Bingo Hell is a funny, gooey, bloody satire about gentrification, following an abuela (Adriana Barraza) as she watches her neighborhood become overrun with “fucking hipsters.” Distraught over the vape shops and cafes cropping up, she’s forced to take action against the demonic owner (Richard Brake) of a Faustian bingo hall that’s sucking in her neighbors with promises of big money and, by extension, escape from their dead-end lives. 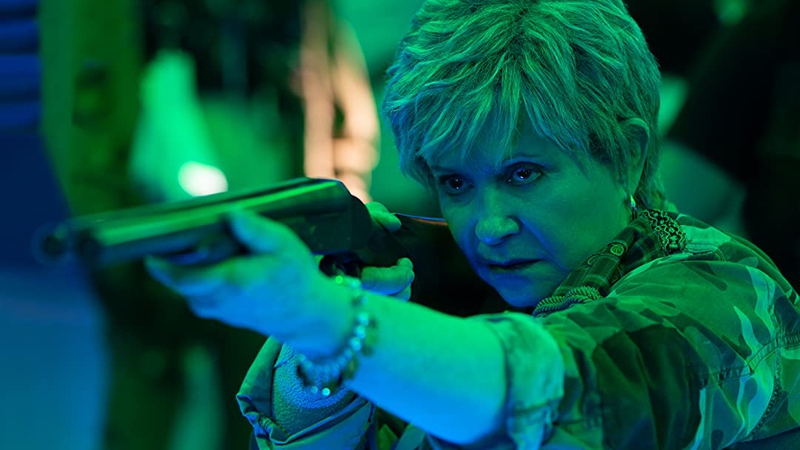 The film’s director and co-writer, the ebullient Gigi Saul Guerrero, was on hand with much of her cast and collaborators, and her joy at being able to present her film (one commissioned and produced for streaming) on the big screen was palpable. Equally evident in the film is how much Guerrero is in love with her cast of senior citizens; the miles on their faces are put to good use via expressive closeups of their wrinkles, their backlit chin fuzz, and even their runny noses during emotional scenes. The effect is not unflattering; Guerrero is awestruck by her cast’s lived experience and honors it by putting it front and center. (As the villain of her piece, Brake has another fascinating face suited to the big screen, one that would have been magnificent in the silent era.) 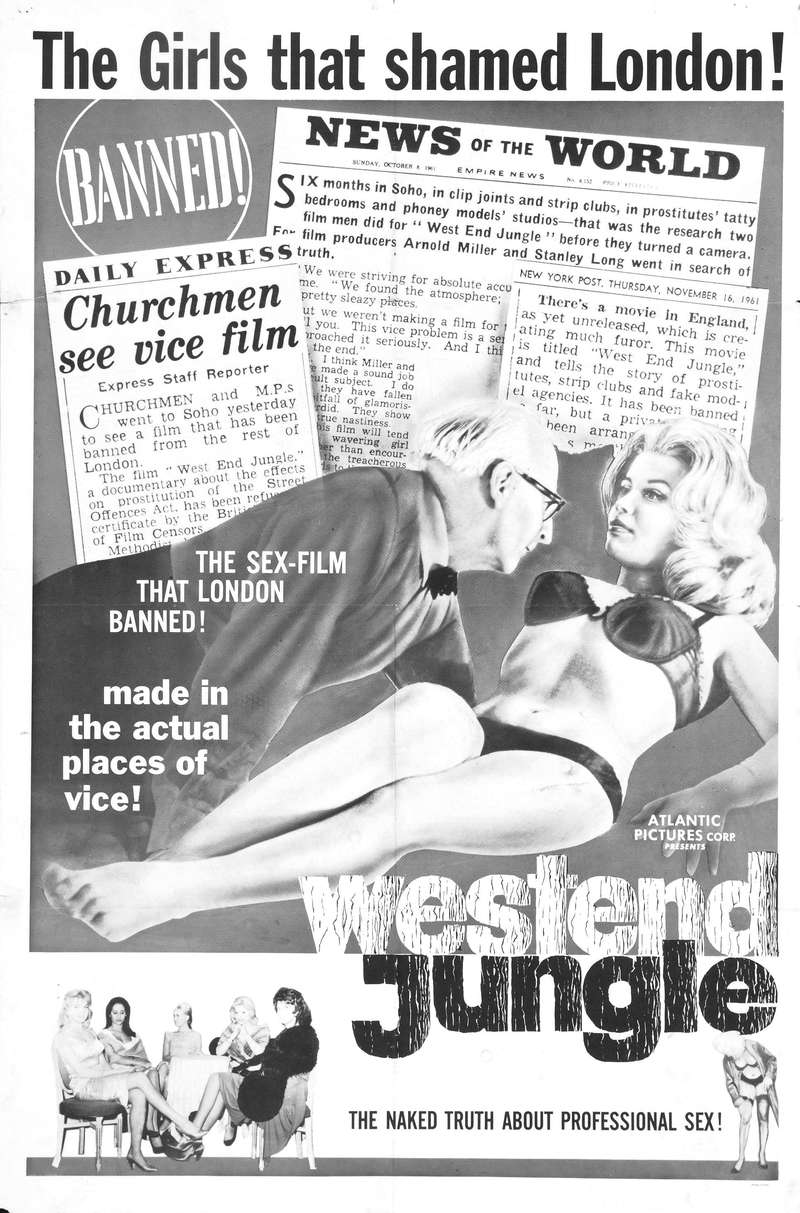 At 10 pm, we headed into The Secret Screening. The left wall of the auditorium was suspiciously lined with what looked like marketing reps, studio folks, and those private security types who monitor preview screenings for recording devices. Translation: the secret screening is a new film, and the filmmaker is present. So when Drafthouse founder Tim League announced that the Secret Screening is a 4K restoration of a 1961’s West End Jungle, anyone who’s done the fest before was waiting for the other shoe to drop. (Though, real talk, I was ready to watch West End Jungle.) As League invited a film historian onstage to discuss the restoration, I was only a little surprised to see Edgar Wright emerge, dropping by to present the first US screening of his new film Last Night in Soho.

Is anyone better positioned to take a questioning look at sentimental nostalgia than the creator of Spaced, Shaun of the Dead and Hot Fuzz? Wright’s CV makes Soho a unique prospect, as it follows a ‘60s-obsessed fashion student (Thomasin McKenzie) into London and, via a certain psychic gift, back through time as she dreams about a young woman (Anya Taylor-Joy) who lived in her flat 50+ years ago, and discovers the nightmares lurking in the less-celebrated corners of her favorite decade. There will be much discussion about the film’s subject matter as it relates to the 20th century’s treatment of women, but to me the real beating heart of the film is Wright reckoning with his own affection for other eras. It’s also an unexpectedly beautiful send-off for the late Dame Diana Rigg.