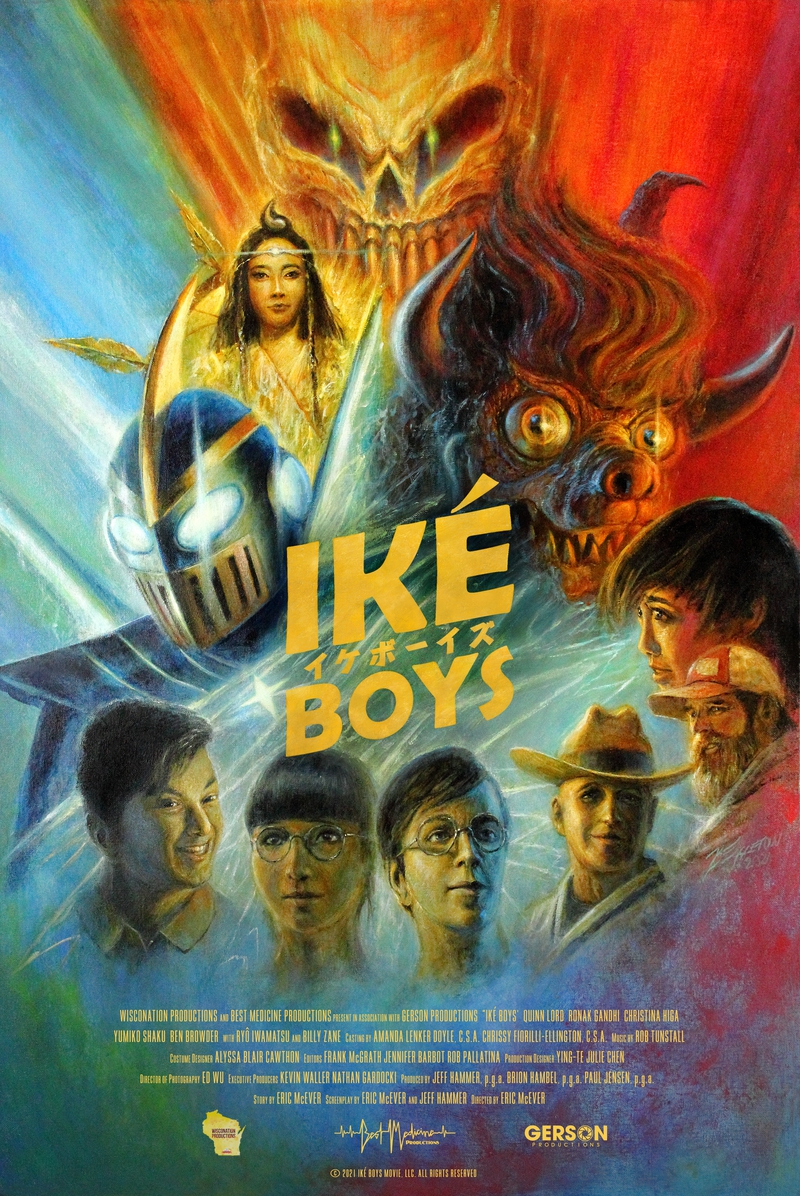 Fresh out of Fantastic Fest! Check out this clip from Iké Boys involving some pretty super turkey shenanigans. Eric McEver's new fantasy film follows the adventures of best friends Shawn Gunderson and Vikram 'Vik' Kapoor. Shawn and Vikram may reside in Oklahoma but their hearts are in Japan. After watching a mysterious anime film, the duo finds themselves bestowed with superhuman powers as they are transformed into anime-style characters. When ancient monsters threaten to ruin the party with an unleashing of the apocalypse, it's up to Shawn and Vik (and their newfound powers) to save the world, with the help of Japanese exchange student Miki.

Take a look at some of their powers in action in the clip below.