Slashers and nightmares and viruses, oh my! 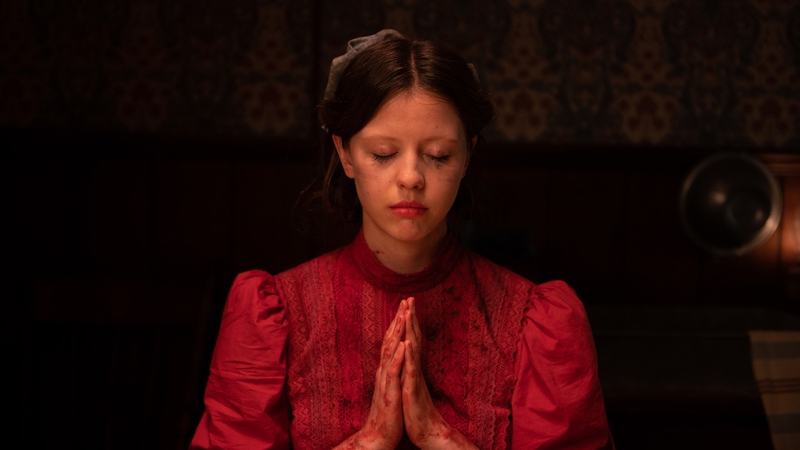 It was probably dramatic, but I couldn't help but pause and try to rip the scent of red velvet through my paper mask. Standing in the foyer of The Royal Alexandra Theatre, Midnight Madness's new home, I felt compelled to envelop myself in the scent of the crimson seats. TIFF's Midnight Madness program, described as one that presents "the wildest and strangest cinematic provocations from around the world while cultivating an infectiously raucous audience experience," used to live at Ryerson Theatre. Ryerson (which was recently renamed "The Theatre at The Creative School") is a scrappy little theater, home to the impossible-to-mimic feeling of being at school after dark, patrons having to skip past classrooms and the gymnasium to join the bathroom lineup where one of the film's stars is probably also waiting. I was nervous when the location changed, since the old one felt like Our House, but the Royal Alex's haunted motif immediately made it feel like it was the right place for scary stories. Toronto's theaters are some of the city's best haunted hot spots, The Elgin and Winter Garden Theatre is said to house some notorious spooks, and the Royal Alex is sometimes referred to as "Canada's most famous haunted theater." Somewhere between the red damask wallpaper and the grungy carpets are whispers of the flyman and the second balcony ghost. It's palpable, and paired with the smaller size compared to the neighboring Princess of Wales, the Royal Alex felt like a perfect new home for the festival's genre program.

The festival hasn't been fully in-person since 2019, having gone digital in 2020 and hybrid in 2021. Though the location changed, returning to ten consecutive late-night movies made it a "welcome home" for the loyal MM crowd, a crowd known for bringing beach balls and clapping to whatever cosmetic or jewelry ad plays before the flick. This was my first time officially covering the festival in person, though I was introduced as "Lindsay from FANGORIA" at the 2019 MM premiere of The Vigil by an actor I'd met when doing a set visit for Becky. Before ever wearing a badge with my name and publication, I attended more TIFF MM screenings than I can even recall. Magical moments like shouting "I am the law!" along with Karl Urban at the Dredd 3D screening or Takashi Miike sharing the stage with a giant frog monster after screening Yakuza Apocalypse were the kind of things that no other program could possibly replicate and are what makes those red seats feel so special. 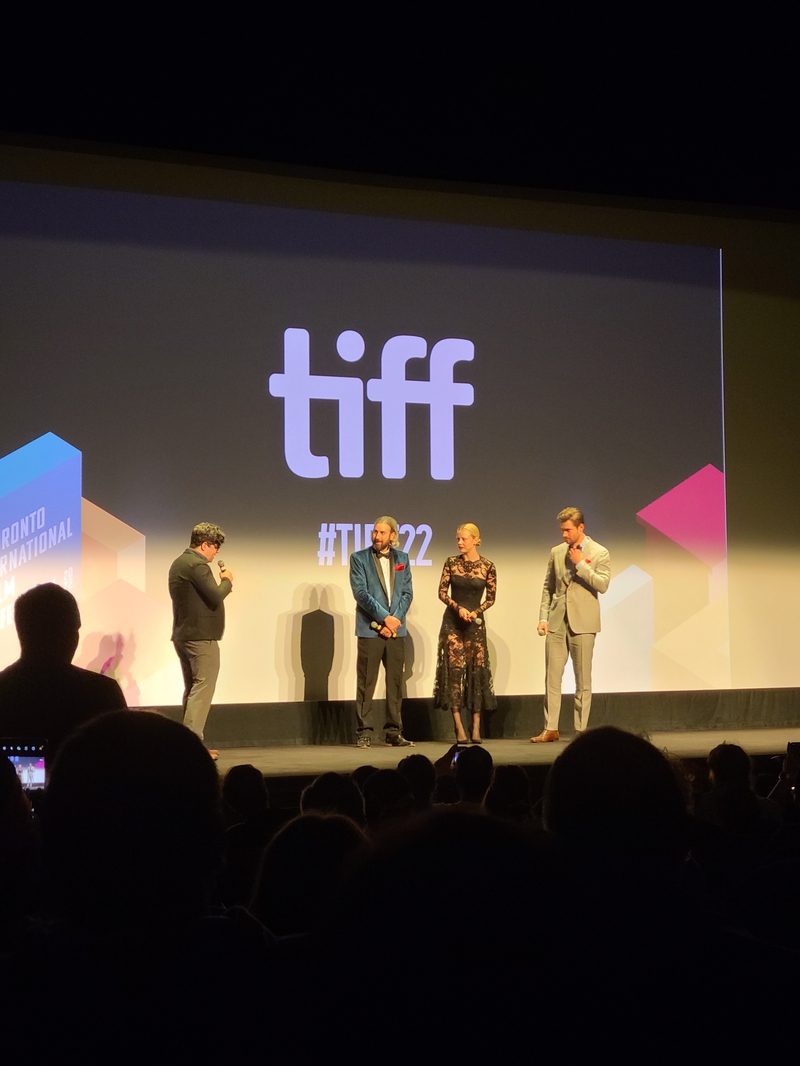 Tonight, we're watching Pearl, Ti West and Mia Goth's surprise prequel to this year's X, a deranged rural slasher in the tradition of The Texas Chain Saw Massacre. West and Goth wrote their prequel during their mandatory two-week quarantine in New Zealand, where they were set to shoot X. Pearl got the green light from A24 before a single from of X was even shot. On our way in, a team told us to stick around after the showing to get our official swag, a bloody printed Pearl bandana, and for the opportunity to snap a photo with the scarecrow. Some audience members got their bandanas before the show, wrapping their hair up and looking like Rosie the Riveter. While the scarecrow photo op was probably a hint, I didn't realize what a The Wizard of Oz riff this prequel would be until it opened with a technicolor-looking shot of a farm set to Tyler Bates and Timothy Williams' score. West describes the music as "in the style of mid-century melodramas" and "a sweeping, shrieking, string-based score." The track did its duty to let the audience know what they were signing up for; a pretty story of a wistful farmer's daughter who dreams of escaping to be in the pictures and who sometimes slaughters things with a pitchfork. The audience devoured it, bursting into thunderous applause not just at the best kills (a MM typical reaction) but also at the immense feats performed by Goth, like her mega monologue and unreal end credits gag. 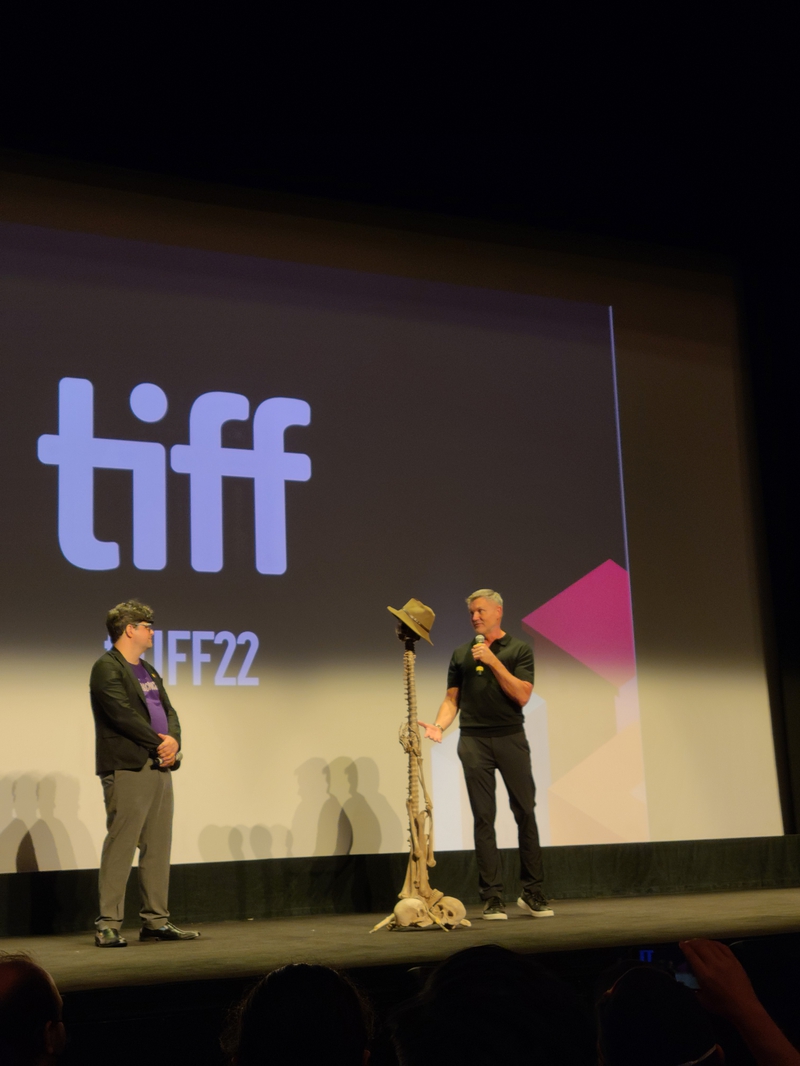 MM regulars have seen many filmmakers gush at our rowdy reactions to their movies. The night before, Kevin Williamson (Scream), Katelyn Crabb, and John Hyams (Alone) asked if we could come to every screening after their premiere of Sick. Their Scream scented home invasion thriller follows Parker (Gideon Adlon) and Miri (Bethlehem Million) as they run from a knife-wielding baddy in a cloth facemask. The young women kick a lot of ass, and the crowd went mad with cheers each time a blunt weapon broke over a villain's body. Where Pearl tapped into pandemic anxieties by using the Spanish Flu to portray general unease about a rogue virus, Sick directly played to our desire to be as far away from anybody as possible and then used it to scare us. While many beats felt a little bit "too soon," the filmmakers certainly achieved their goal of addressing our COVID-based rage. 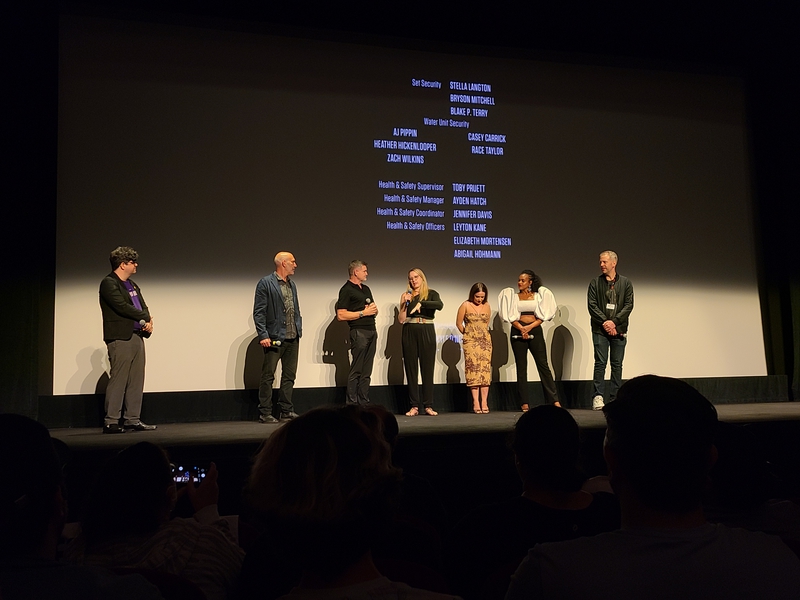 The Midnight Madness program isn't all horror (this year's fest having opened with Weird, a musician biopic parody "about" Weird Al Yankovic), and it's also not the only home of horror at TIFF. Special presentations of Wendell & Wild, a stop motion animated film from The Nightmare Before Christmas's Henry Selick, Jordan Peele, and Keegan Michael-Key, Nanny, about a Senegalese nanny in New York haunted by violent visions. Fixation, a Canadian-made Alice in Wonderland riff, played as part of Contemporary World Cinema. Mercedes Bryce Morgan's feature directorial debut is led by Malignant's Maddie Hasson and follows her character's descent into a rabbit hole as she explores her own repressed trauma. It's a dreamy deep dive to hell contained within the walls of a non-traditional psychiatric hospital. Hasson elevates the affair with her soft performance as a powerful and enraged woman often strapped to a table. The visceral experience is juxtaposed by Dora (Hasson) being wrapped in a dainty dress and sometimes gliding into a dance. Genre darling, Stephen McHattie, appears in time to drive the terror home in a twisted turn as the doctor purporting to help with a performance reminiscent of (but different from) that of Angus Macfadyen in Alive. 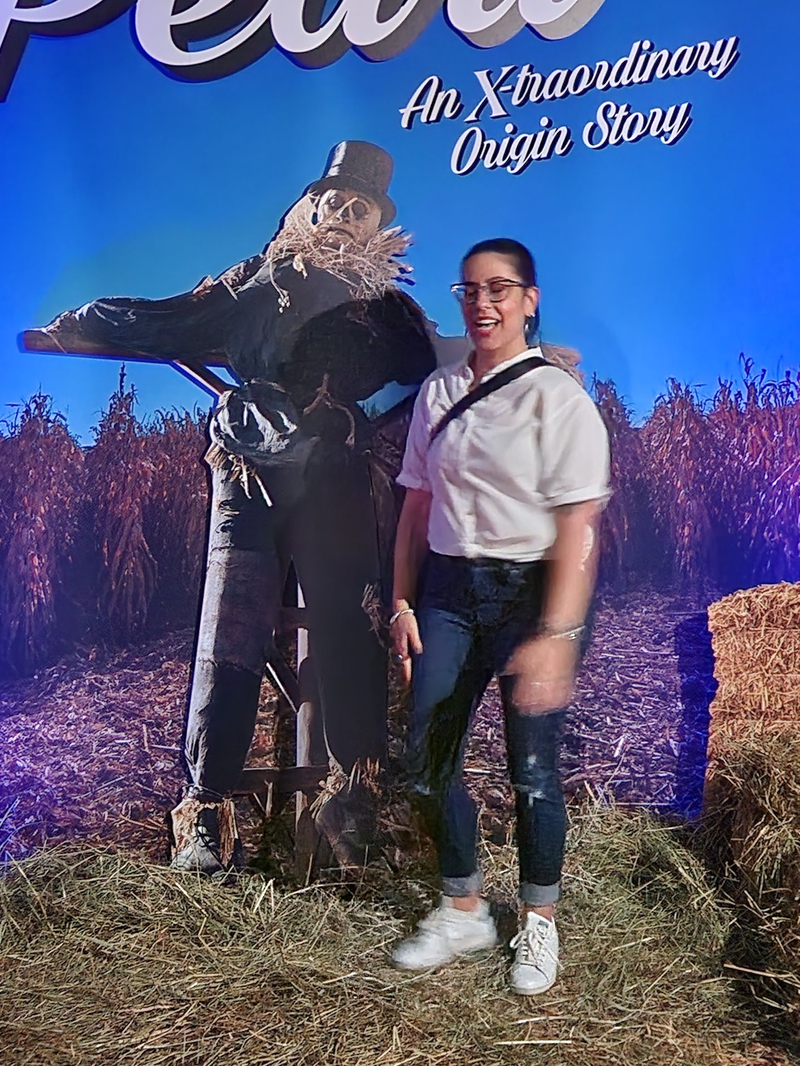 After the extended attention the credits roll got for Pearl, West and Goth took the stage to share anecdotes of executing their horrific vision. Goth got an extra heat of applause when West shared that the credits roll gag was a whim and that she performed it on her first take. We each then filed out of the theater, grabbed our bandanas, and passed our phones around to snap photos of us awkwardly trying to blend in with the studio-lit scarecrow and bales of hay. My companions and I parted ways, texting each other our respective photographs and laughing at our posing ineptitude. When I got home, I lowered my blackout blinds and braced for another day of having a 3:00 pm "morning" coffee. Those two years away from the festival did a number on my ability to watch midnight movies ten nights in a row.