From AMERICA'S GOT TALENT to Wan's MALIGNANT, how Marina Mazepa contorted into one of the most iconic creatures of the year. 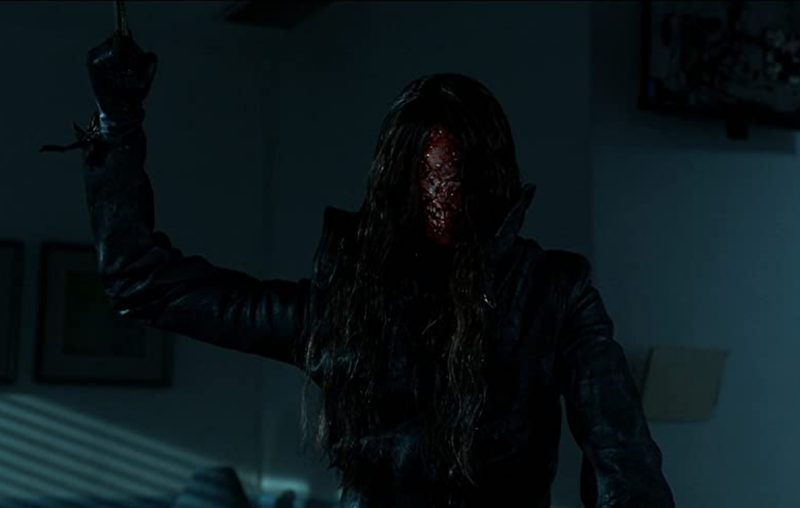 Writer's Note: Hello, everyone! The world of horror cinema this last year has featured an array of unforgettable monsters and creatures that left their indelible mark on the landscape of the genre. Before we bid farewell to this year, I thought it would be fun to take some time to celebrate the performers behind these fantastical creatures who were a big reason why their characters made such a huge impact on these films and on us, the fans. Be sure to check back all month long for more Monsterpiece Theater celebrations! (You can catch up on part one with Thiago Dos Santos (V/H/S/94's Raatma) part two with Matthew Ninaber (Psycho Goreman, PG: PSYCHO GOREMAN) and part three with Dorian Kingi (Antlers).

There are many reasons to love James Wan's Malignant, but Marina Mazepa's mind-blowingly unreal physical performance as Gabriel in the film is one of the biggest highlights. Mazepa first left a huge impression on Hollywood after her appearance on America's Got Talent, where she often left the judges' jaws on the floor with her stunning dance choreography and contortion abilities. In fact, her involvement in America's Got Talent impressed Wan so much that he specifically sought her out to work on Malignant and help bring his monster Gabriel to life in wholly unexpected ways, making this her debut in the world of movies. And what a debut it has been.

During our recent interview with Mazepa, she discussed the thrill of being a part of Malignant and working with James Wan, as well as some of the challenges she faced taking on the challenging role. Marina also chatted about how crucial the stunt team was on the film, how they ended up becoming some of her biggest champions during production, and how she managed to find a way to make the impossible physicality of Gabriel possible, turning Malignant's dementedly twisted villain into an instantly iconic figure in the world of modern horror.

Great to speak with you, Marina, and congratulations on Malignant. I would love to start at the beginning and talk about how this came together. Was this something you heard about through the grapevine? Or did they call you in to audition?

So, I was discovered by James Wan after America's Got Talent. I guess he saw my performance, and my modeling agent called me. She was like, "You aren't going to believe it, but I just got a call from James Wan's casting director, and he wants to see you for this character." I was so emotional when I heard that. I was just so happy because I had just moved to Los Angeles and started my acting and modeling career, so it felt like this could potentially change my whole career. I had a meeting with James and with the whole team. That was three years ago, and I barely spoke English, but when I went inside, James was so sweet, so nice, and so kind. He couldn't reveal much about the project, but he was asking me if I could move backward and do all these different movements, and I guess I must have impressed him because I got the job.

I didn't sleep the night before my first day on set because I was so excited. I had always wanted to become an actress growing up, and it felt like it was an impossible dream for me while living in the Ukraine. So this really felt like a dream come true.

I'm telling you, it was incredible. When I read the script for the first time, it took me something like three weeks to read because I didn't know English, so I was like translating every word as I went along. But at the beginning, no one really knew exactly how Gabriel would move and how all of this would come together for the character. We did a camera test with Twisty Troy and a few of the stunt people because nobody knew how we were going to pull this off. The effects team made these fake legs and fake arms that we were trying to figure out, but they just didn't work. That's when I had a chance to show everyone how I saw the character of Gabriel and how I could move, what I could physically do, and how I could even do this special breathing. During this process of discovery, I began to realize that Gabriel is a very complicated person. He had to feel like a real living being for it to work, so I thought about how he would kill and react to others, how he would turn or snap at someone. It was definitely an interesting process to copy my movements and my natural instincts and then doing all of those things backward.

I remember James Wan telling me at one point that I probably would never end up doing anything weirder in my life than I would be doing on Malignant, which is probably true (laughs). But I was so impressed by James and how he learned how to work with me and how we were able to be so in sync with this process of creating Gabriel. He really understood that in order to do what he wanted me to do, I had to first figure out how to do it forward. I had to count my steps, and then I had to slowly try to do it backward, and then I had to do it in reverse. It got even more complicated when I would have to wear the Gabriel mask, so getting this character right took a lot of effort from everyone.

So, how did you retrain your brain to be able to do these types of movements and everything? It's one thing to say how you're going to do something, but it's another thing to have to actually move against your natural instincts.

Well, I think it's really a combination of making a connection between your mind and your body. I'm a dancer, and I've done contortionist work in the past, so that definitely gave me a leg up. But I also started doing martial arts training around six months before I started Malignant. I had never done anything like that either, but I worked hard to improve every day doing martial arts, and all of that is just overcoming what your mind thinks you can do versus what your body is capable of. So for Gabriel, it was just choreographing every [movement] both ways and figuring out how it would look in the camera. I'm also really grateful to people who taught me a lot on set, like stunt coordinator Glenn Foster, Lauren Shaw who was the stunt double for Annabelle [Wallis] and fight coordinator Loyd Bateman, too.

They all saw a lot of potential in me as we would work out these scenes before showing James what we wanted to do to get his approval, and it's because of their belief in my abilities that I got to do a lot more than I thought I would on the film. Initially, I was only hired for a couple of scenes as a contortionist, but then as I started getting into more aspects of the physical performance, they saw what I could pull off, and that led to me doing more with the fight scenes and other aspects of Gabriel in the film. Everyone was so great, and I really learned a lot from everyone.

You just mentioned the fight scenes, which are absolutely astonishing, and that scene in the jail cell blew my mind. There's such precision to the way that you move and the way that everything unfolds, too. It's probably my favorite sequence that I've seen in a film this year. Can you talk a little bit about that? I thought it was really cool that you got to work with Zoë Bell for that sequence, who is like this legendary badass.

Oh, she was so great, and I really loved working with her. Just remembering us working on that scene together gives me goosebumps now. But that scene was definitely so hard to do. It was Loyd Bateman and Lauren Shaw who actually put me in that scene. I think we had maybe a week to rehearse everything, and it was very challenging for me because I didn't really have much experience in doing actual fight scenes. Plus, I was pretty much blind whenever I was wearing the Gabriel mask, and it was also so very hot and heavy, too. I also had this mechanical thing on my chest for the effects team, and I had to work around that. So, I would do everything using a counting system where Loyd would count out loud, "1, 2, 3, 4, turn," and I'd count my steps and just move like how we practiced. It was very complicated, but it was the only way we could get this scene done and make it look great for James.

Also, all the stunt girls in that scene really helped me out because they were so precise, and they would adjust their moves and their steps in the moment if they had to because they knew that I couldn't see anything. I think there was a point where we had to change some parts of the fight because we spent something like two hours on that move, but I was just running out of energy because it's not easy, you know? So yeah, it was all really tricky to figure out, but it was amazing to get to work like that with so many great people. I also felt a lot of responsibility for the character of Gabriel and making sure James had what he needed for that scene. And I felt like I was special in a way because I was the only one who could do that scene. Because if it wasn't me, then who?

When we finished shooting that scene, I felt stronger because of what I was able to do and how I pushed myself. Honestly, ​​I was scared, I was worried and I was shaking a lot of the time, but I felt so much support from my friends, stunt coordinators, and from James, and it was just incredible to see how it all came together. 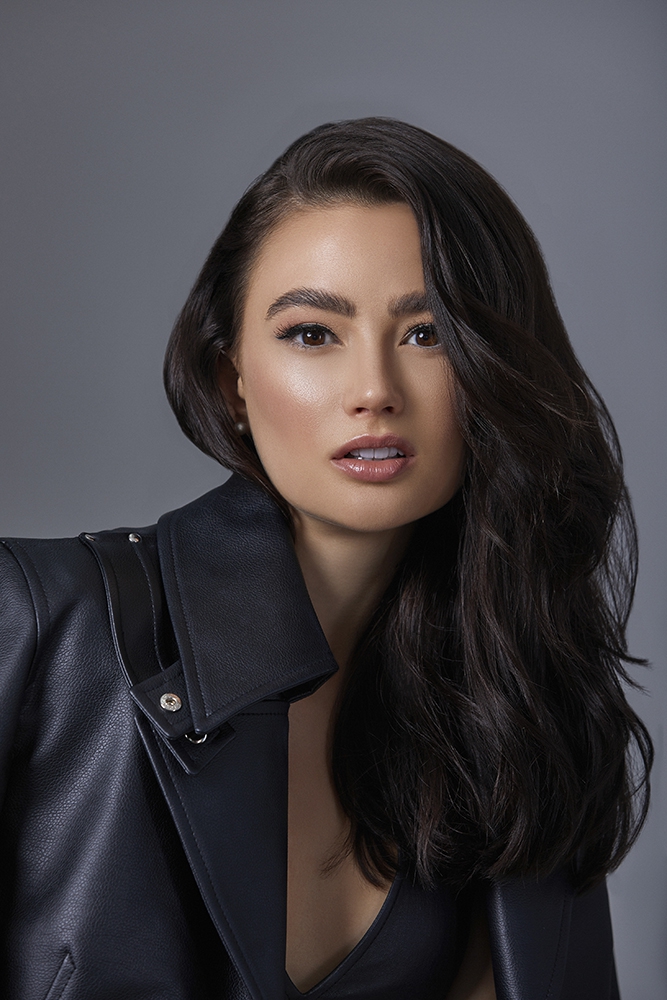