Ghostface may have a few new tricks up his sleeve in SCREAM 6, but we're looking ahead to the future. 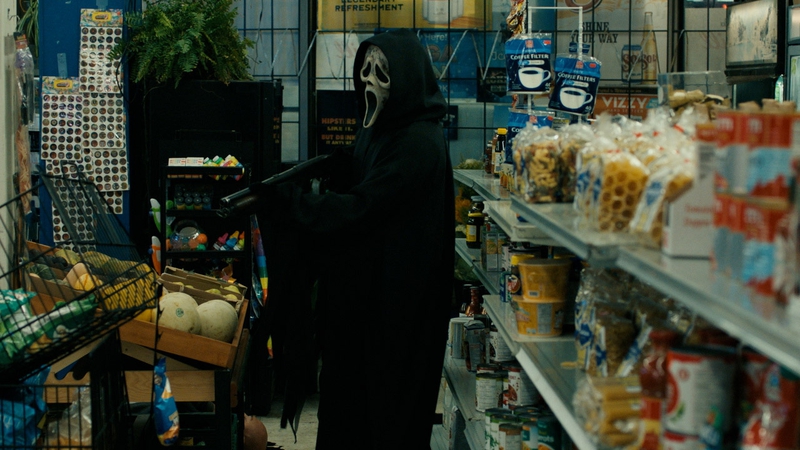 Yesterday, Paramount dropped the very first full-length trailer for Matt Bettinelli-Olpin and Tyler Gillett's Scream VI, a reveal that fans of the franchise had been waiting for (with barely-restrained patience) for quite some time. The footage turned out to be a helluva lot of fun, packed with compelling little clues, wicked kills, and appearances from characters both old and new to the series ... but one particular element had horror fans raising an eyebrow: Ghostface wielding a shotgun.

Some clutched their pearls ("A slasher using a gun?!"). Others pointed out that Ghostface hasn't always insisted on using a knife (remember how Rose McGowan went out in the first Scream?). Still others argued that seeing Ghostface using a firearm was legitimately chilling in this day and age, or that Ghostface hadn't brought the gun to that bodega bloodbath in the first place, or that - eh, y'know what? You get the idea. Scream VI did something a little different, and everyone had to take a stance.

Well, we've spent some time thinking about this at FANGORIA HQ, and we've decided that we're with Bettinelli-Olpin and Gillett on this one. In fact, we've already started spit-balling ideas for other weapons that Ghostface could use in future Scream movies, and we've helpfully ranked our top five picks for you below.

1. Weapon of Choice: BUNDLES OF DYNAMITE 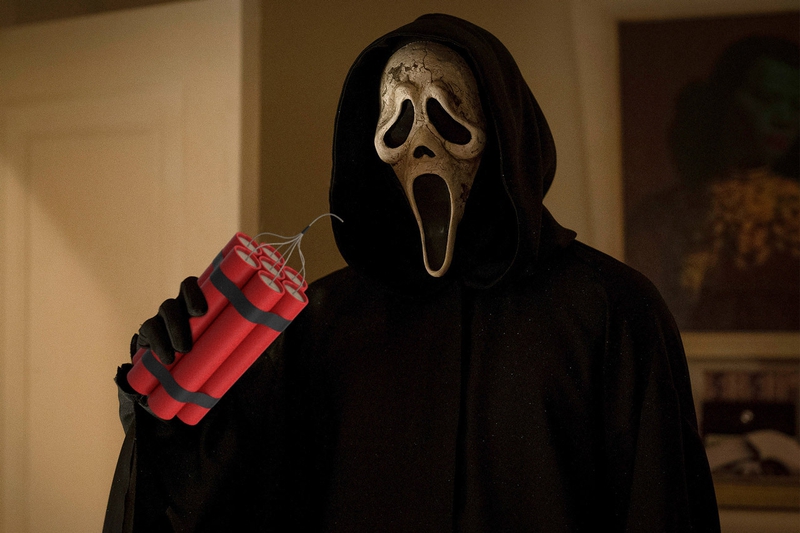 For too long Ghostface has been allowed to slice and dice his victims in relative quiet, sneaking among the shadows only to pop out at just the right moment to pull off a mostly-stealthy kill (not counting all the screaming, of course). We propose that things might be interesting if Ghostface adopted a more cacophonous approach. Like, say, tossing bundles of lit dynamite at his victims wherever he goes. We're not sure where the next Scream will take place following Scream VI's relocation to NYC, but here's hoping their buildings are mostly made of thick concrete. 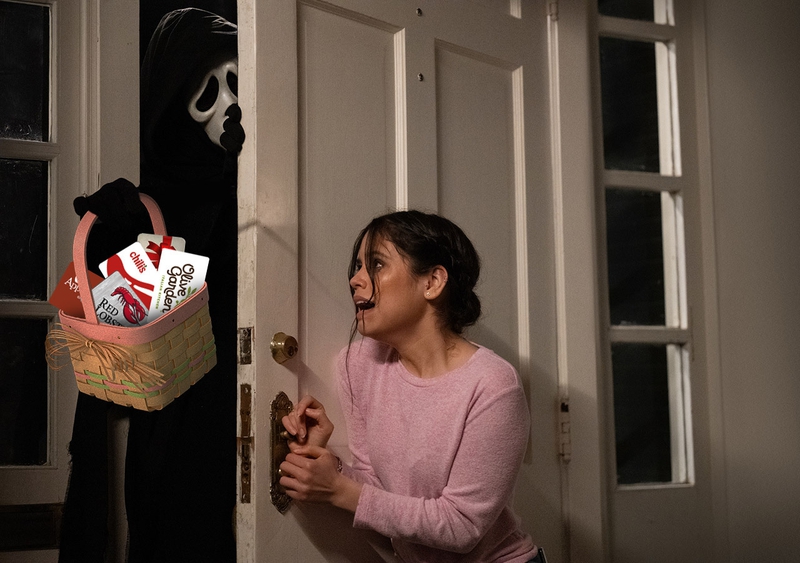 By the time the credits roll on the new Scream, we'll have had six straight movies where everyone's favorite masked killer uses actual weapons on his victims. In the next Scream, Ghostface should take a page from every passive-aggressive co-worker you've ever had by executing his targets via the most diabolical weapon of all, kindness. Say goodbye to "What's your favorite scary movie?" and hello to "What's your favorite chain restaurant? I'm getting you a gift card." 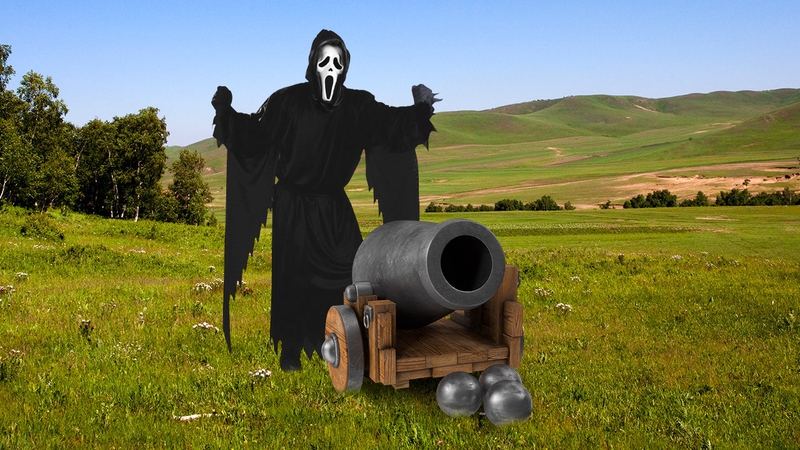 While Ghostface doesn't always kill with a gigantic-ass knife, it is generally agreed upon as his preferred instrument of death. It's a perfectly serviceable weapon, to be sure (various Ghostfaces have come a long way with it over the years!), but we have to wonder if using something no more complicated or difficult to carry around as a knife gives Ghostface a slight advantage over his victims. What if, for instance, he were forced to cart around a cannon like the one pictured above, along with all the cannonballs necessary to get the job done? We think Ghostface is ready for the challenge. 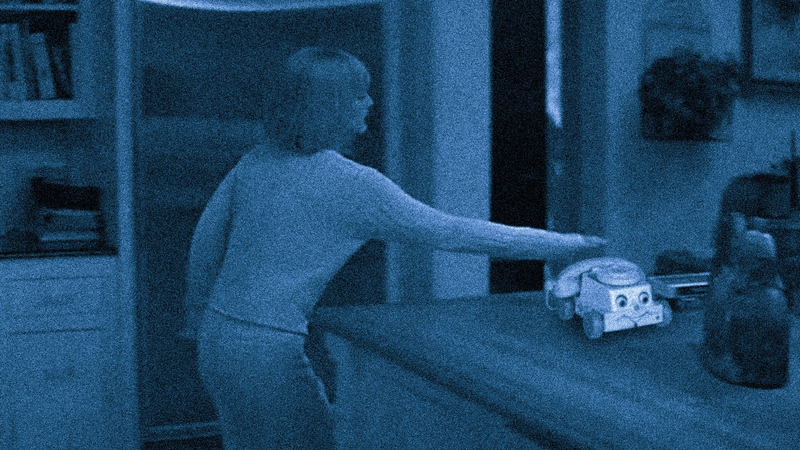 Kyle Edward Ball's Skinamarink has been the horror movie on everyone's lips lately. Something about that film's weaponization of childhood fears (being separated from your parents, the inherent weirdness of old cartoons, the unspeakable horror of door jambs) really spoke to the film's fans ... while other viewers were left wondering what the hell everyone else was so scared about. This, of course, has led to no small amount of insufferable social media discourse, the kind that a killer like Ghostface could really use to his advantage, particularly if he were in a torturous mood. People have been annoyed to death by less. 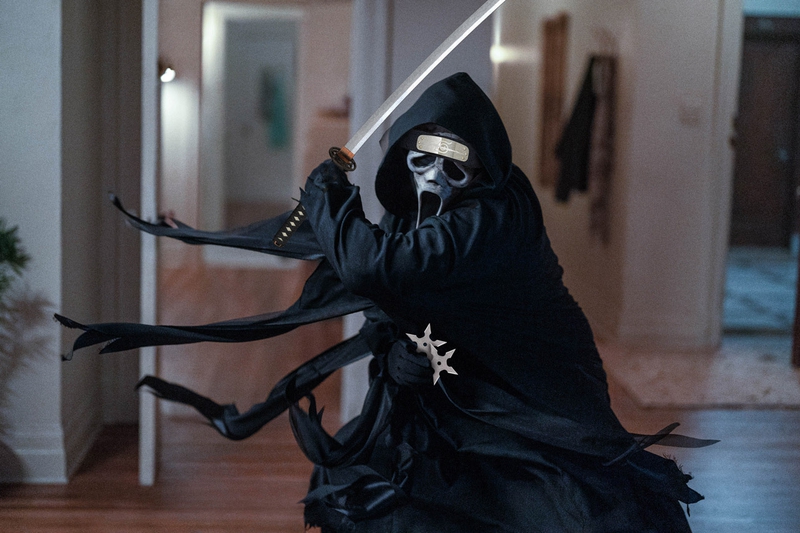 Listen, do ninjas have anything to do with the Scream franchise? No. Not even remotely. But you know what everyone loves? Seeing ninjas use their gear to take out their enemies. This is a billion-dollar idea, people. Shurikens, katanas, nunchaku - basically, anything a Ninja Turtle might have ever used to fight Shredder, we'd like to see Ghostface deploy against his next batch of victims. And furthermore, we will insist on the film never explaining this to the audience. "Why's Ghostface killing that sheriff's deputy with a bo staff?" What difference does it make when it looks so cool?

Your move, Bettinelli-Olpin and Gillett.

Special Thanks to FANGORIA Creative Director Jason Kauzlarich for the exemplary Photoshop work above.