Who among us hasn't longed to give Leatherface an assist? 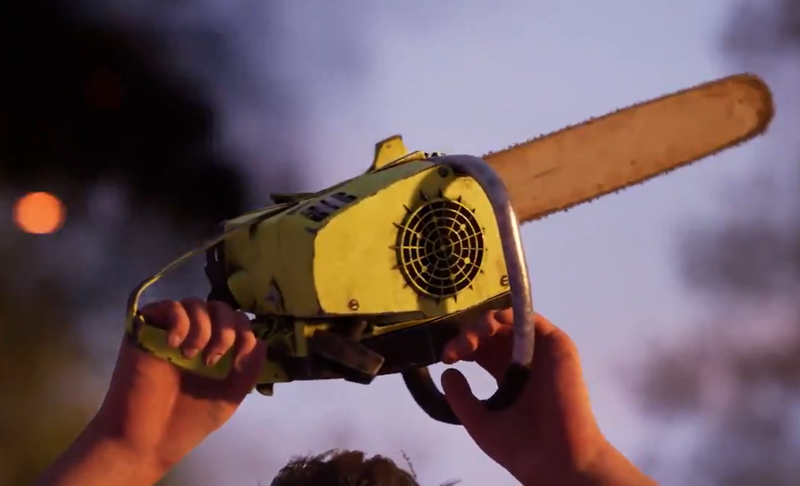 Late last year we learned that the good folks over at Gun Interactive were hard at work on a brand-new multiplayer game based on Tobe Hooper's classic The Texas Chain Saw Massacre, and today (just in time for the infamous August 18th, 1973 date which opens that film) they've blessed us with a fun little update regarding the game's format ... and it's pretty cool!

Today we remember the tragedy that befell a group of five youths on August 18th, 1973.

Coming in 2023.
3 Family Members. 4 Helpless Victims. Who will survive, and what will be left of them? pic.twitter.com/M8xTqqOuJK

So, yes, that's really more of a teaser than a trailer, and the most important element arrives right at the very end: in the Texas Chain Saw Massacre game, rounds will be divided between seven players -- three of them members of Leatherface's murderous family, the other four teenagers who went monkeying around where they didn't belong. Given other, similar games we've played in the past (and how repetitive they became over time), this would seem to offer up a bit more variety to the proceedings within each round played. That's a very clever choice.

For those only just now learning of the Texas Chain Saw Massacre game's existence, it'll be along next year and will feature none other than Kane Hodder playing Leatherface (you can watch our exclusive interview with Hodder about this project via this link, while the game's longer announcement trailer can be found here), Ed Neal reprising his role as the Hitchhiker, and is absolutely not skimping when it comes to recreating this film's iconic locations.

Just take a look at this:

Pretty cool, right? It would appear that Gun Interactive is truly putting in the work here, and its just-announced multiplayer mode is a very exciting cherry on top of this grisly sundae. Sort of a bummer that we're gonna have to wait until next year to play it, no doubt about that, but everything here appears to be on the right track, and we say Gun Interactive should take all the time they need to make this one sing. Leatherface deserves nothing less.

We'll be keeping a close eye on this one as it works its way through production. Stay tuned for further details on the Texas Chain Saw Massacre game as they roll in.