The SALEM'S LOT Movie Is Officially Rated R, Will Bring The Blood And Violence

The MPAA has given the SALEM'S LOT an R rating, signaling that the film is in the can and just needs a release date from Warner Bros. 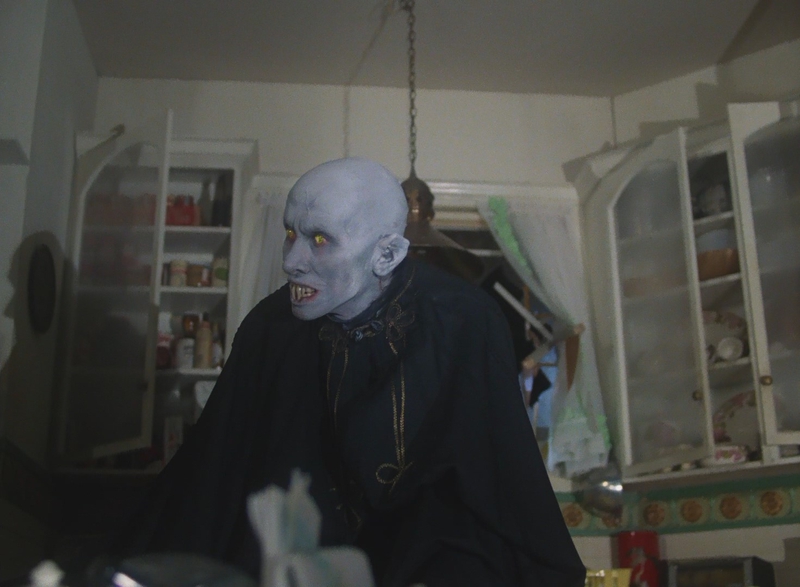 It looks like the Salem's Lot movie is one very important step closer to actually seeing the light of day. Based on Stephen King's novel of the same name, which was previously adapted as a TV miniseries, the film has been rated R by the folks at the MPAA. That means the adaptation is completely done, in the can, and is really just waiting on Warner Bros. to get off their hands and give this thing a release date.

While the specifics remain somewhat elusive, the movie was given its R rating for "bloody violence and language." If I may, hell yes. What good is a vampire movie without blood and bad language? This seems to line up with what star Lewis Pullman said about it recently and only serves to add to our intrigue - especially since no footage has officially made its way online yet. A trailer did debut at CinemaCon earlier this year but was never released.

The most curious and frustrating thing about Salem's Lot right now is the fact that Warner Bros. took it off its release schedule entirely back in August. It was originally due to open in September of this year but then was kicked down the road to April 2023. Now? Who knows! Meanwhile, director Gary Dauberman's take on the King classic is finished and awaiting the world's eyeballs. For those who may not be as familiar with the novel, a synopsis for the book reads as follows:

"Author Ben Mears returns to Salem's Lot to write a book about a house that has haunted him since childhood only to find his isolated hometown infested with vampires. While the vampires claim more victims, Mears convinces a small group of believers to combat the undead."

Aside from Pullman, the cast also includes Alfre Woodard (Annabelle), Bill Camp (The Outsider), William Sadler (The Shawshank Redemption), Makenzie Leigh (The Assistant), and Spencer Treat Clark (Glass). Dauberman, meanwhile, was the screenwriter behind It and It: Chapter Two that helped turn those movies into some of the biggest horror hits of all time. So, having him backing another King adaptation seems like something WB would want to get out in the world sooner rather than later. But ever since the merger with Discovery earlier this year, CEO David Zaslav has been doing his bidding, which, at times, has been confusing and messy. Perhaps this film is just caught in the mess. We shall see.

Salem's Lot remains without a release date, but we expect to hear word on that soon enough. Stay tuned.