RESIDENT EVIL 2, 3, 7 And VILLAGE Are All Finally Coming To The Nintendo Switch

During the recent Nintendo Direct, it was revealed that four major RESIDENT EVIL games are coming to the Switch soon. 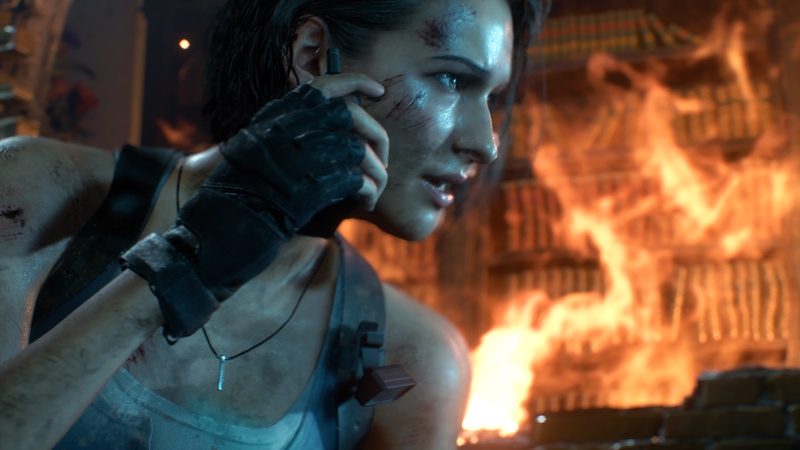 Did you hear that? RESIDENT EVIL is coming to Nintendo Switch.

Surprise! Nintendo Switch owners will soon be able to play several recent Resident Evil games, including the latest entry in the series, Resident Evil Village. Not only that, but Resident Evil 7 Biohazard and the remakes of Resident Evil 2 and Resident Evil 3 will finally be making their way to the console. In short, lots and lots of zombie action coming to the Switch in the not-too-distant future.

The news was revealed during the recent Nintendo Direct, with a brief trailer showing off some footage from Village, as well as the other series entries that are now accessible to a whole bunch of people. The games will be released through “cloud” versions, meaning they won’t be getting physical releases. Rather, these will be digital purchases, which is more convenient in many ways. Just not as satisfying for lovers of physical media.

Welcome to the family, #NintendoSwitch.

The other key element is that the upcoming DLC for Resident Evil Village will also make its way to the Switch on December 2. The only downside, for the time being, is that RE2, RE3, and Biohazard remain without release dates. But one expects we’ll be learning that information sooner rather than later. For those who are maybe a little behind, here is the synopsis for Village, aka RE8:

“Set a few years after the horrifying events in the critically acclaimed Resident Evil 7 Biohazard, the all-new storyline begins with Ethan Winters and his wife Mia living peacefully in a new location, free from their past nightmares. Just as they are building their new life together, tragedy befalls them once again. When BSAA captain Chris Redfield attacks their home, Ethan must once again head into hell to get his kidnapped daughter back.”

Resident Evil has been on something of a hot streak as of late on the gaming side of things. Both Biohazard and Village were embraced critically and commercially, ranking as some of the most beloved entries to come about in some time. Plus, the recent remakes have gone over quite well, with Resident Evil 2 selling more than 10 million copies. Fortunately, Switch owners will now get to benefit from the recent goodness. Sure, there may be a bit of a downgrade in the graphics department, but the convenience and access are trade-offs likely worth making in the grand scheme of things.

Aside from the Switch ports, we recently learned that a Resident Evil 4 remake is also in the works and is due to arrive in 2023. That one won’t be available on the Switch (at least not right away), but may well get a similar port down the line as well.

Resident Evil Village arrives for the Nintendo Switch on October 28.