ONE CUT OF THE DEAD Remake FINAL CUT Pulled From Sundance

As Sundance pivots to an entirely virtual event, French zombie comedy is pulled from the slate. 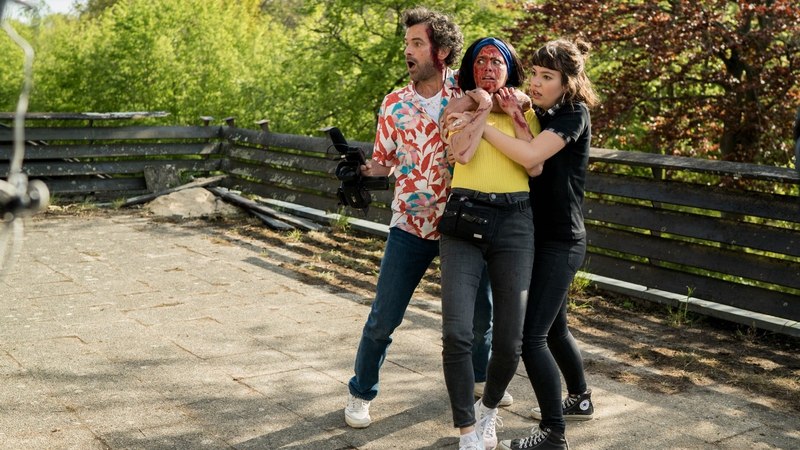 Last week the Sundance Film Festival announced it would pivot from a hybrid in-person and virtual program to a strictly virtual event, in light of the latest Omicron surge. As the festival works to move the event entirely to a virtual platform, Variety just broke the news that the much-anticipated zombie movie Final Cut will no longer be premiering at Sundance. Final Cut director and Oscar-winning filmmaker (The Artist) Michel Hazanavicius said in a statement that while they support Sundance's decision, they are opting to pull the film from the schedule in hopes of premiering it for a live audience.

"We fully support Sundance’s decision to move the festival to a virtual format, as the safety of audiences and filmmakers is of paramount importance,” Hazanavicius stated. “However, we believe that it is best to premiere Final Cut in a theater with a live audience and have made the difficult decision to remove the film from this year’s festival. We wish Sundance and all the filmmakers involved an excellent festival and look forward to sharing Final Cut with audiences very soon."

Final Cut is a French take on Shinichirou Ueda's One Cut Of The Dead. The story centers on a film crew making a zombie movie, when they are attacked by real zombies. No word yet on when you'll be able to catch Final Cut, but we will keep you posted. In the meantime, you can check out the updated Sundance lineup here, keep an eye out for our list of Sundance horror not to be missed, coming to the site this week.