We speak with Leandre Lagrange about his work on Jordan Peele’s NOPE, which is now available on Digital. 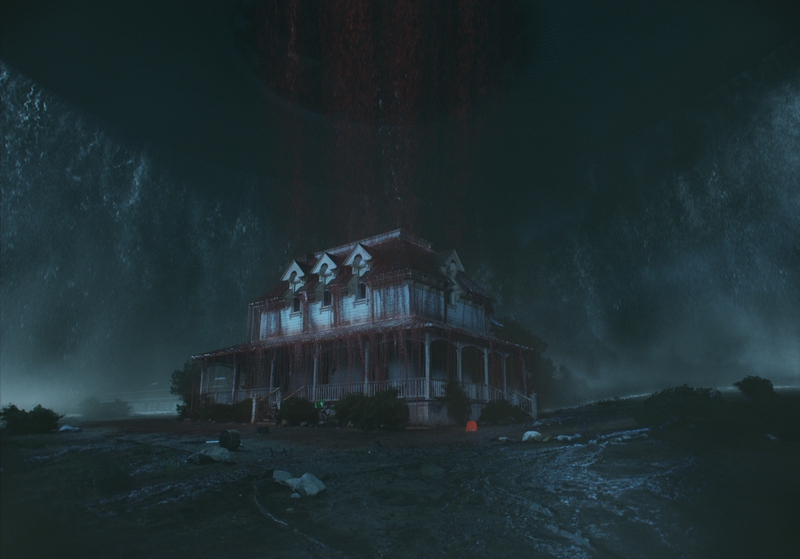 Jordan Peele delivered arguably one of the greatest horror films of the modern era (if not all time) with Get Out in 2017. He followed that up with the slightly more ambitious Us in 2019 before truly swinging for the fences in his latest directorial effort, NOPE. The film was marketed as being about aliens, but many viewers knew it couldn’t possibly be that simple. The trailers were remarkably deceptive as Peele hid his biggest monster to date in plain sight. 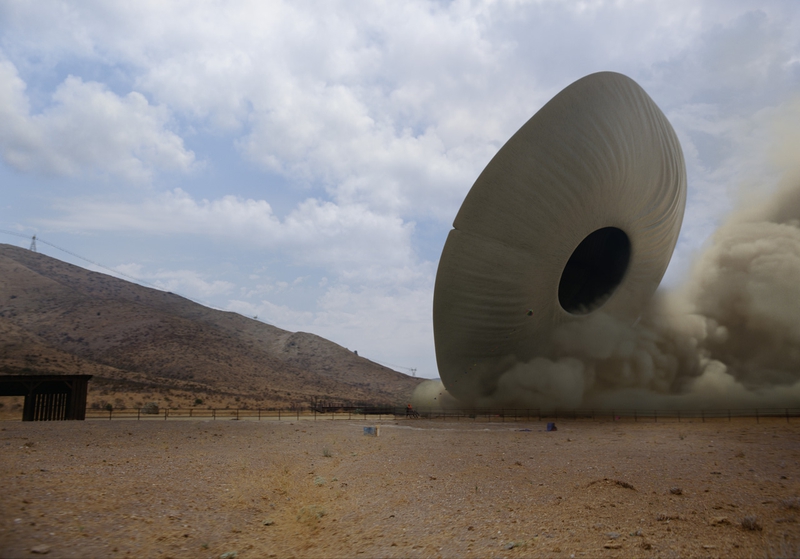 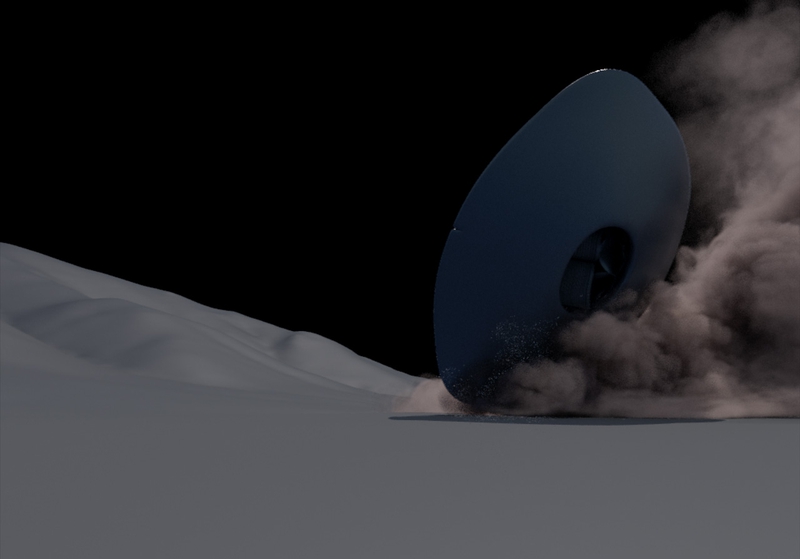 NOPE essentially becomes a giant monster movie, offering a pretty fascinating explanation for alien sightings over the years. Those flying saucers? Not ships but rather giant, hungry beasts themselves. Movies take an army to accomplish, and a film like this is heavy on visual effects, meaning Peele needed a lot of help to make this monster a reality. That’s where Leandre Lagrange (Godzilla, World War Z) came in.

Lagrange served as the art director for MPC Visualization, one of the visual effects companies that worked on the film. He was a creature designer and also led a team of artists that developed visuals for the movie, with Ivan Khomenko and Farid Sandoval partnering with him on the project. Their job? To design the creature and its relationship with the skies/clouds and how the sky designs support the different scenes and emotions throughout the film.

That creature, it turns out, is the explanation for UFOs as we know them. Those UFOs have always been gigantic creatures - not ships. “What everyone mistakenly believes to be the ‘green men’ flying saucer is a living creature, part of the animal kingdom, not an alien or something magical. An animal, unique for sure, but grounded in reality,” Lagrange explains. But the real challenge was having to think of this unique creature in multiple ways: both as a flying saucer and a transformed beast that emerges later in the film’s climax.

“One version would be significantly close to the shape of a flying saucer to justify the UFO lore and why everybody believed it to be a spaceship, the audience included! The other one more as an animal which would allow Jordan to reveal its true nature later in the film. And, of course, we had to figure out how it would ‘transform’ from one to the other.” 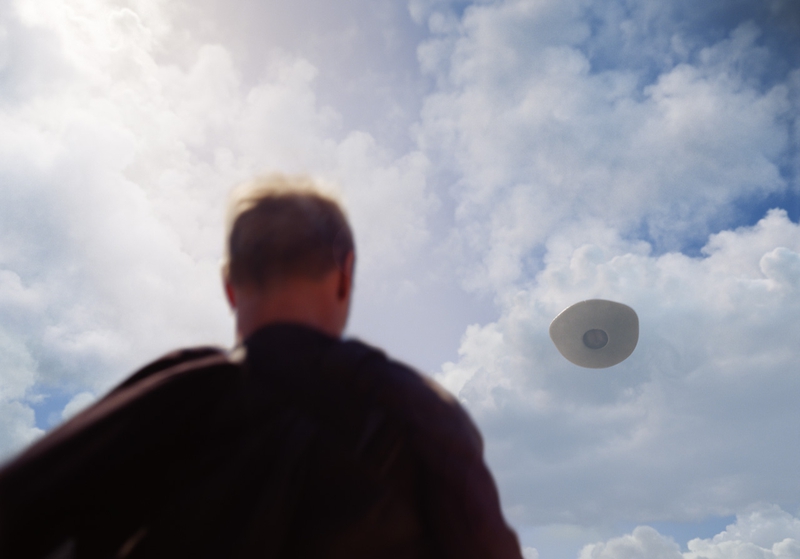 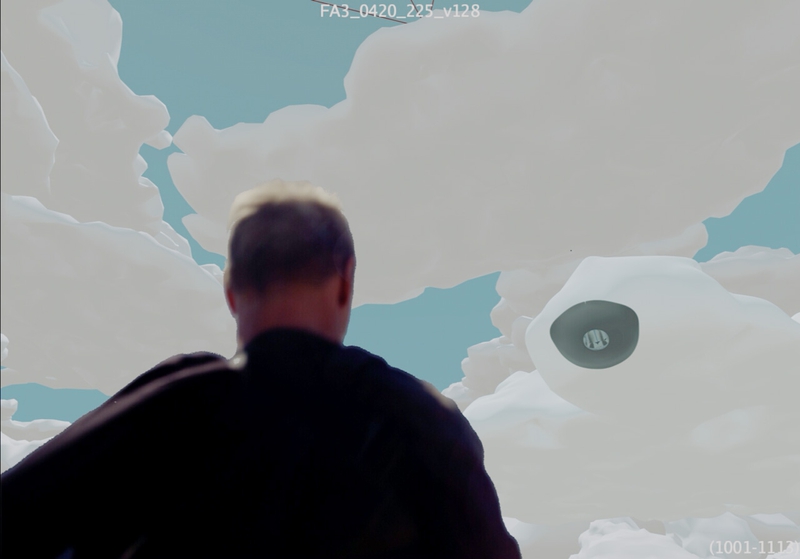 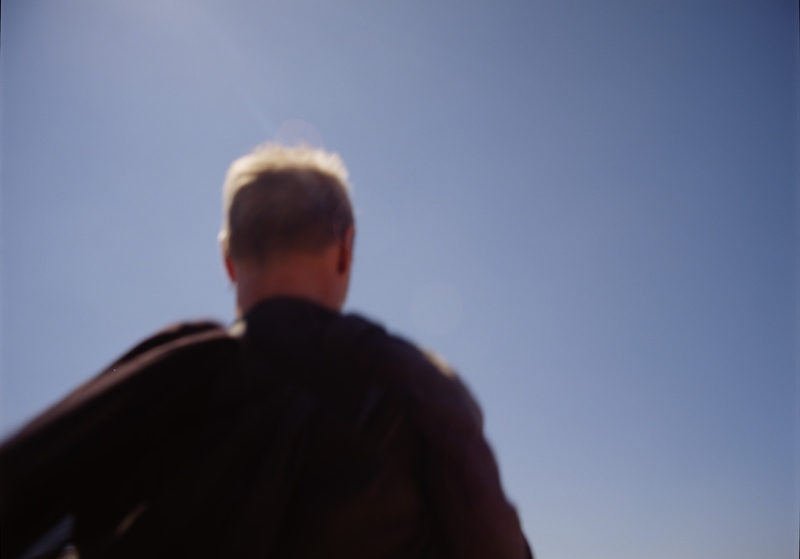 Lagrange speaks highly of Peele as a collaborator, with the filmmaker working closely with the VFX artists from the earliest screenplay drafts to bring everything to life. As one might expect, those early conversations were a bit abstract and ambitious. Says Lagrange:

“The first vision that Jordan was putting forward for the creature was the incarnation, the manifestation of Mother Nature. A godlike presence, huge, filling the sky. It was supposed to be awe-inspiring. And the sheer terror was more coming from the insignificance of the viewer. We discussed a lot at the time about the angels from Evangelion. As the script evolved, so did the level of horror and the predatorial quality of the creature. We also looked at many old-school Sci-Fi movies to reference and study the various flying saucer designs.”

Anyone who has seen the film knows that the final creature design is, to say the very least of it, quite unique. The word that Peele used to guide Lagrange and his team, at first, was “origami,” which heavily influenced the initial passes at the design. “One of my first versions of the creature design was heavily influenced by the notion of folds and the beauty and rhythm of the lines created by folded paper,” Lagrange says. “We did a lot of exploration around it and tried some other directions, even tried to improve upon this early version, but we ended up coming back to the original idea and shape every time. Marrying the language of folding with the reference of living creatures gave us a unique entity.” 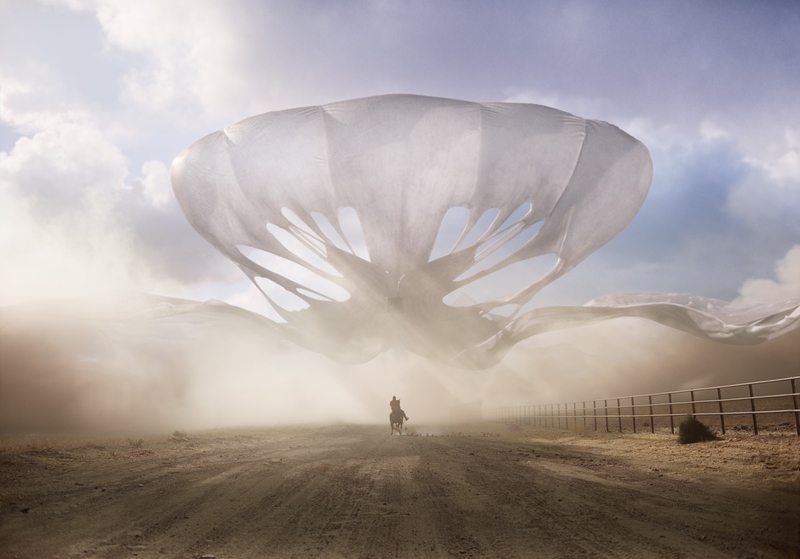 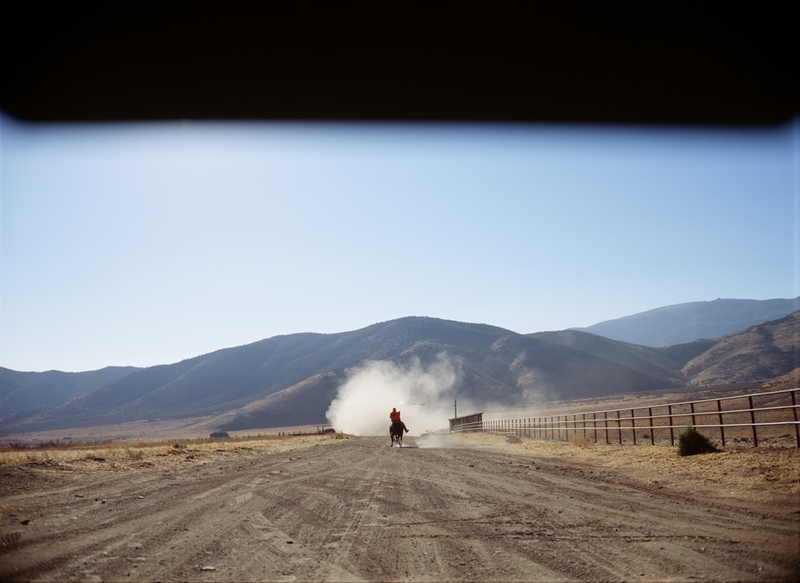 Peele is very much viewed as a visionary filmmaker, but that doesn’t mean collaboration isn’t part of the deal. Peele had a draft of the script when Lagrange and his team started doing their work. However, seeing their design provided Peele with one of the touches that allowed him to feel the story was supported from a visual standpoint. “This is one of the most gratifying aspects of this project for me,” Lagrange says. “Jordan was really excited about the design, the possibilities, and the new ideas it gave him.”

From then on, it was a process of refining the creature as the script continued to evolve. Peele would bring his new ideas to the team, and they would find ways to flesh out the sky beast. “We researched its locomotion, eating process, and relationship to the clouds,” Lagrange says. “Jordan ran with our design, and we got to see the script evolve and become richer and deeper at every step.” Figuring out how the sky would evolve through the movie to support the story and the mood was a gigantic part of that process, which Khomenko was largely responsible for, spending weeks studying skies and clouds to help stick the landing.

The big thing that the marketing cleverly leaned into was the public’s awareness of alien tropes in sci-fi films. Big flying saucers and bulb-headed spacemen. One might think that a guy like Peele would want to lean away from that to subvert the whole thing, but it was actually quite the opposite. “If anything, we were very conscious of how to exploit it and not reject it,” Lagrange concludes. “We were trying to find an elegant design solution for the creature and stay away from the notion of monsters, aliens, etc. It had to be something else.”

Indeed, they found something else in the clouds that now serves as a massive contribution to the UFO subgenre of sci-fi horror.

NOPE is available on Digital now. Take a look at tons of behind-the-scenes VFX process photos in the gallery below!