NIGHT OF THE GHOUL Reaches Its End Next Week, And We’ve Got A Preview

The folks at Comixology have revealed a preview of NIGHT OF THE GHOUL #6, the final issue of the series, ahead of its release.

All good things must come to an end, and that will be the case next week as writer Scott Snyder and artist Francesco Francavilla’s Night of the Ghoul reaches its conclusion. The horror comic book series published by Amazon’s Comixology debuted last year but is now gearing up to unleash its sixth and final issue, which is billed as a “heart-pounding conclusion - with cliffhanger ending.” And we’ve got a little taste of what’s to come with some preview pages from the upcoming issue. Check it out. 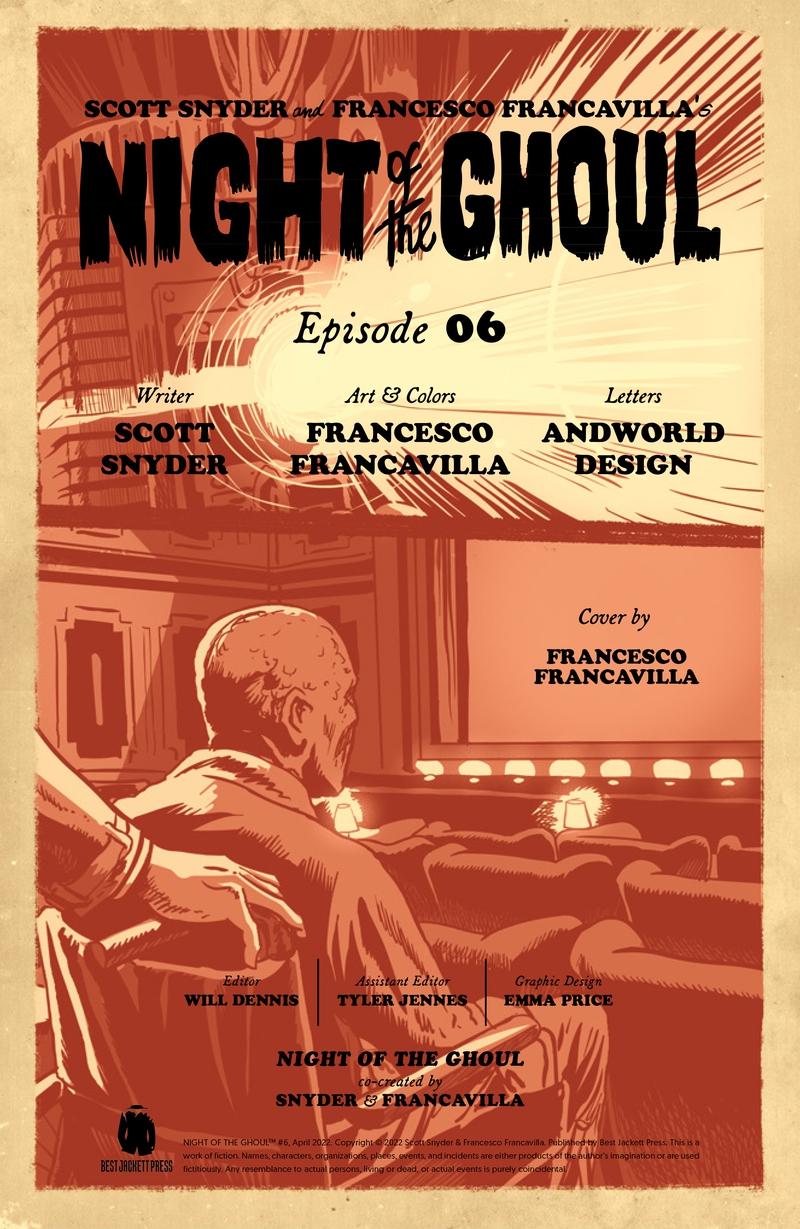 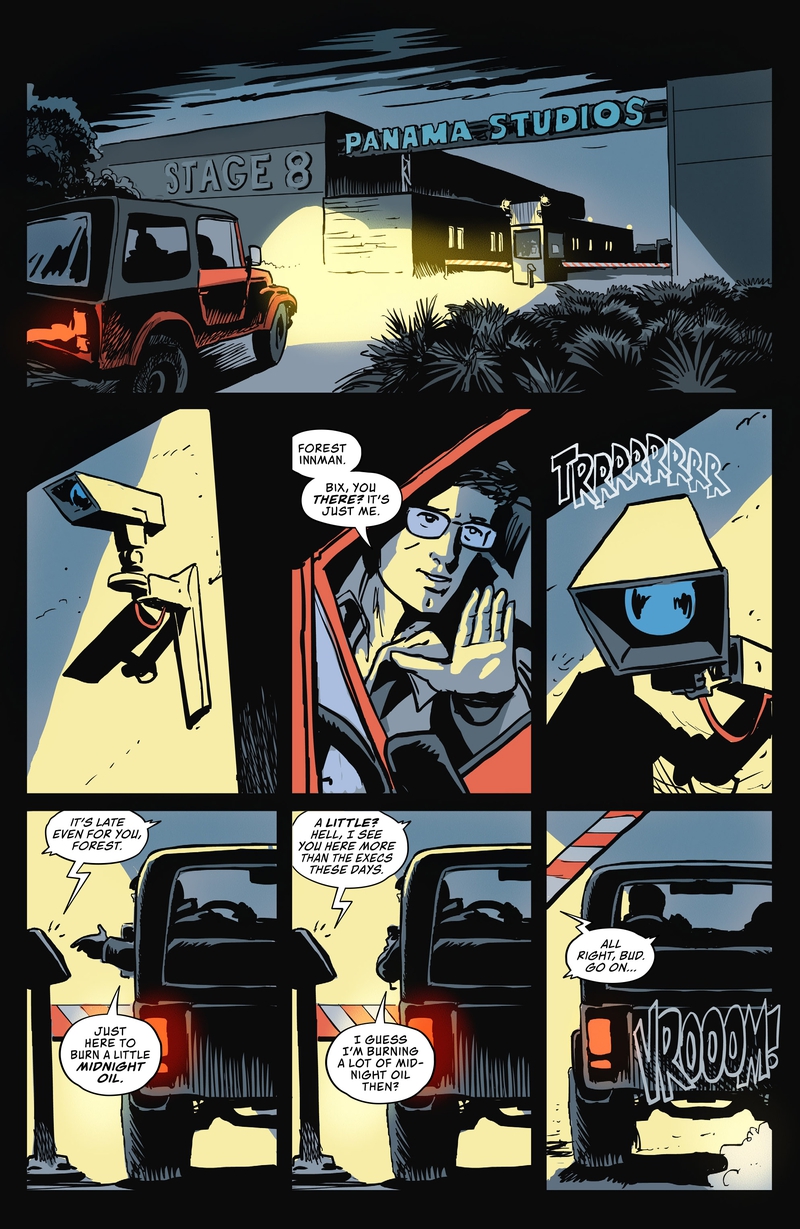 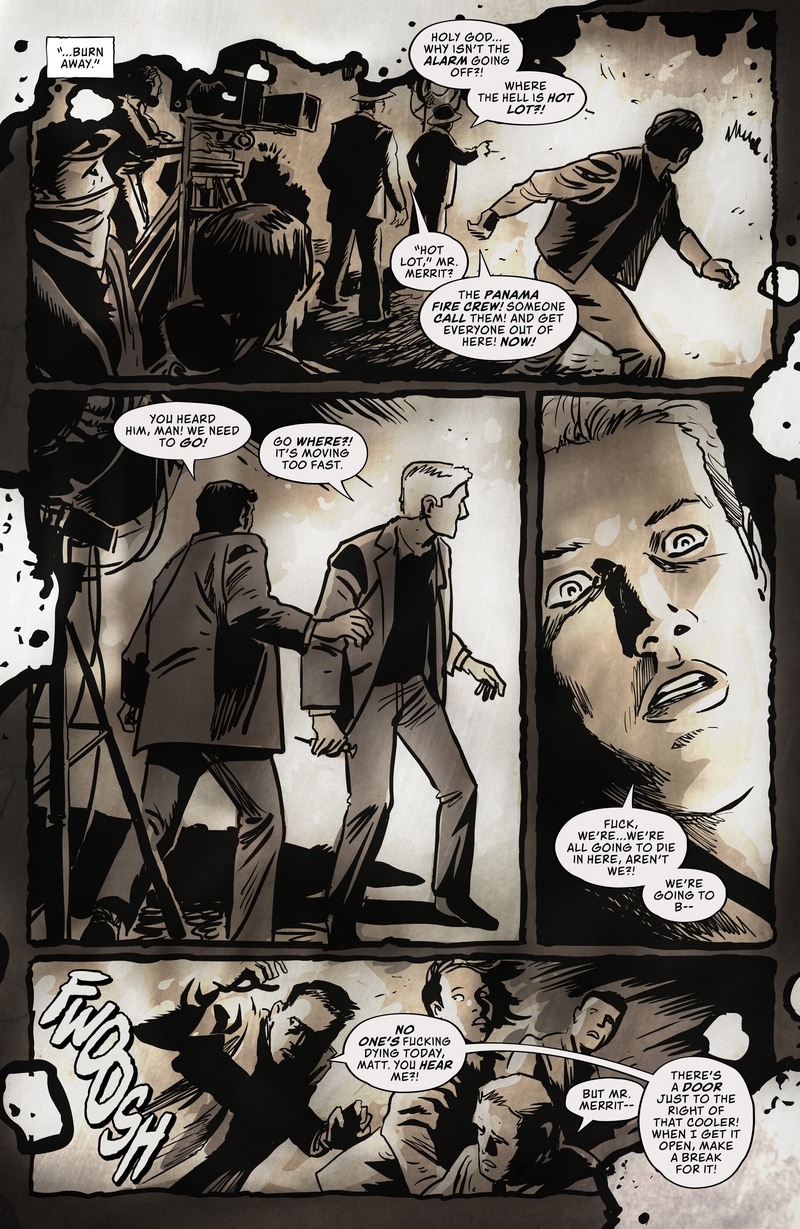 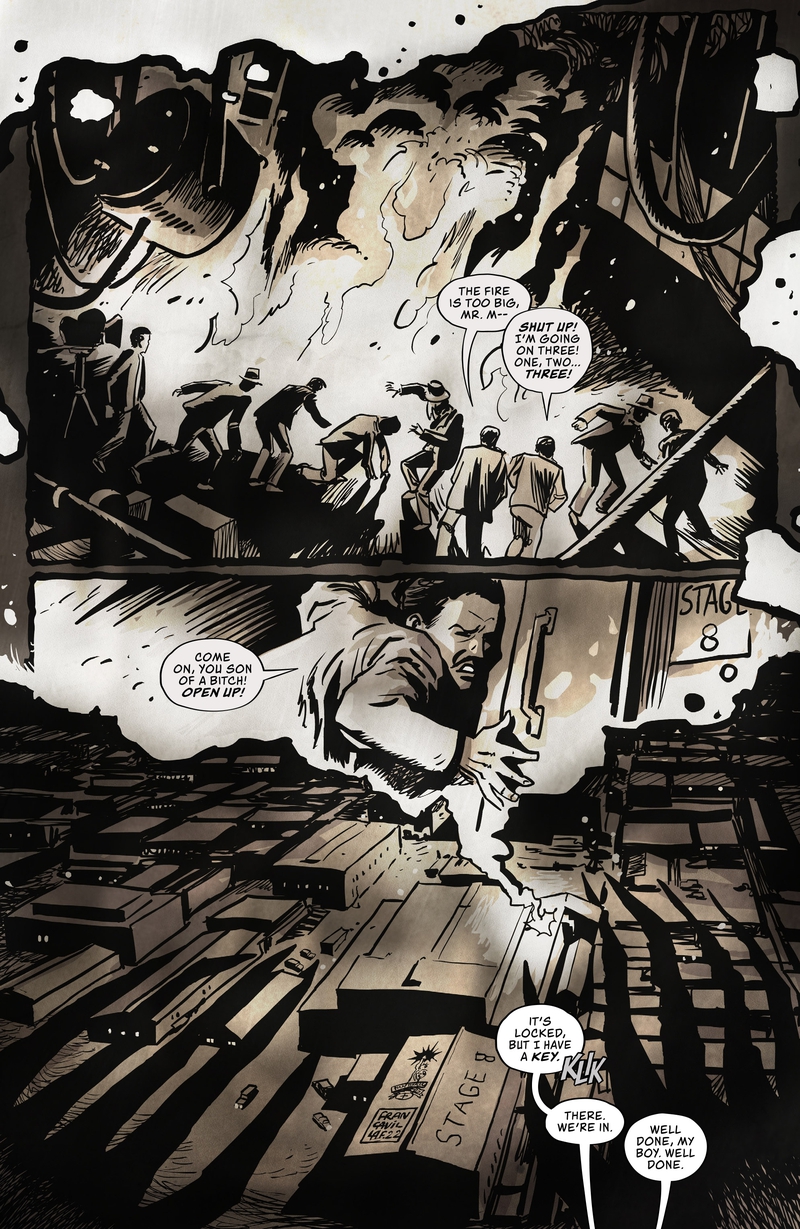 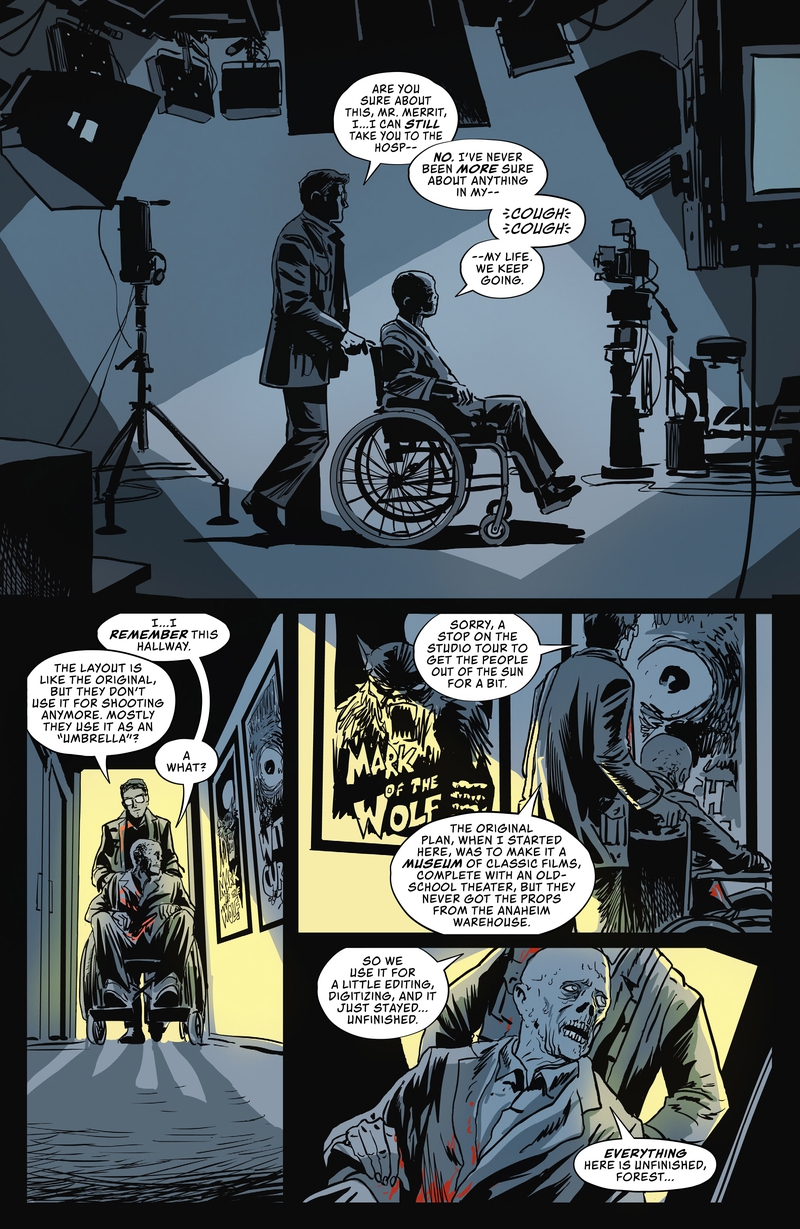 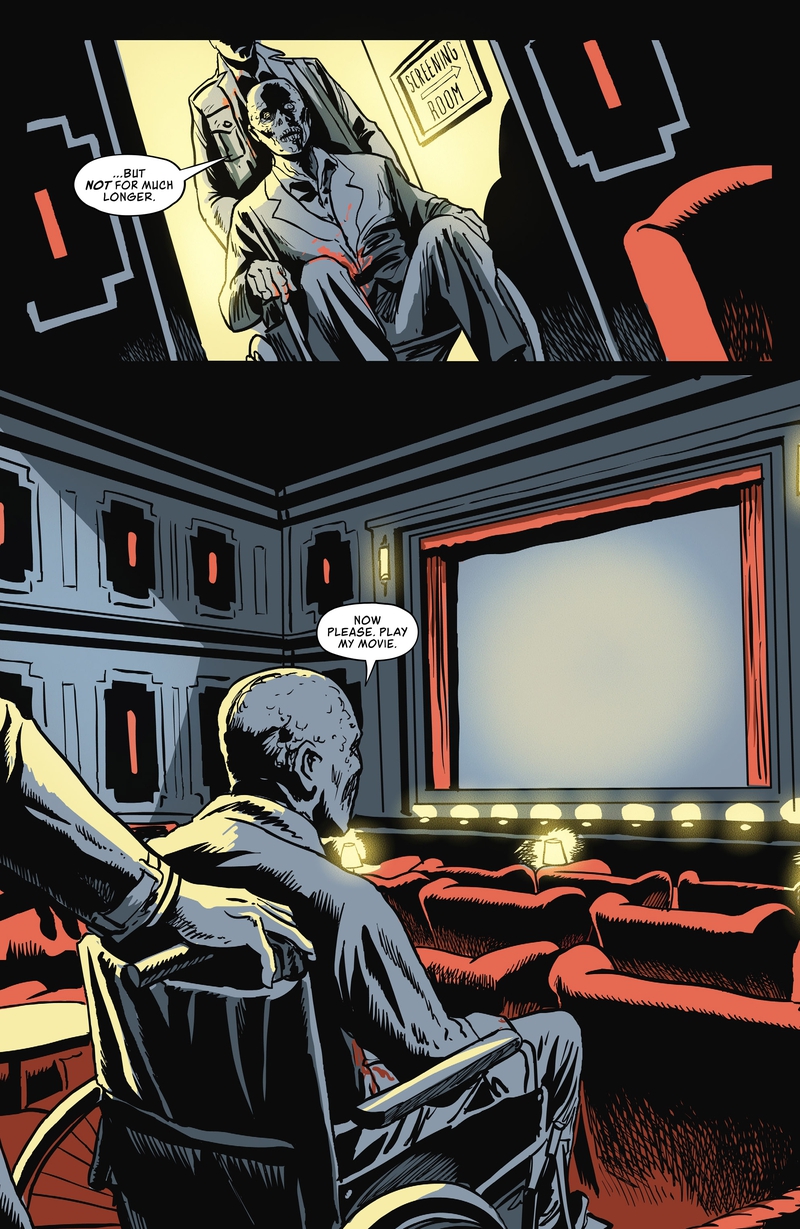 So there is some fun stuff going on here. There is a little flurry of 1930s horror style mixed in with some modern flair. We are also getting to the big moment this has all been leading to, with the lost film at the center of this tale ready to be taken for a spin. For those who haven’t checked out Night of the Ghoul, it is described as “a dazzling work of horror, intercutting between the present-day narrative and the story of a lost horror film.” A full synopsis for the series reads as follows:

“Shot in 1936, Night of the Ghoul by director T.F. Merritt was meant to sit beside Frankenstein and Dracula as an instant classic. But the legendary film never made it to the silver screen. A mysterious studio fire destroyed the footage and killed the cast and crew at the wrap-party. No footage was ever recovered…until now. When Forest Inman, a horror film obsessive, stumbles across a forgotten canister of footage, he just might have discovered the remnants of Night of the Ghoul. This discovery sends Forest on a dark odyssey to the California desert, where he’s warned by a mysterious old man that the film’s ghoul is far more than a work of fiction: it’s a very real monster who plans to kill him.”

Snyder and Francavilla previously collaborated on Batman: The Black Mirror, and this book brought them back together for some straight-up horror goodness. Snyder, meanwhile, remains one of the biggest names in mainstream comics, and he really made his name about a decade ago by taking on the main Batman title for DC Comics during the New 52 relaunch, which introduced us to the Court of Owls, one of the most beloved villains in mainstream comics to come around in some time. Snyder also recently revealed that he will be doing a new series for IDW titled Dark Spaces: Wildfire that hits stands in July as part of the publisher’s plans to expand its original lineup substantially. Francavilla is also a very accomplished poster artist and, on the comic book side of things, handled the artwork for Will Eisner’s The Spirit.

Night of the Ghoul #6 arrives April 19, and you can pre-order the issue now via Amazon. Check out our exclusive interview with Francavilla here. 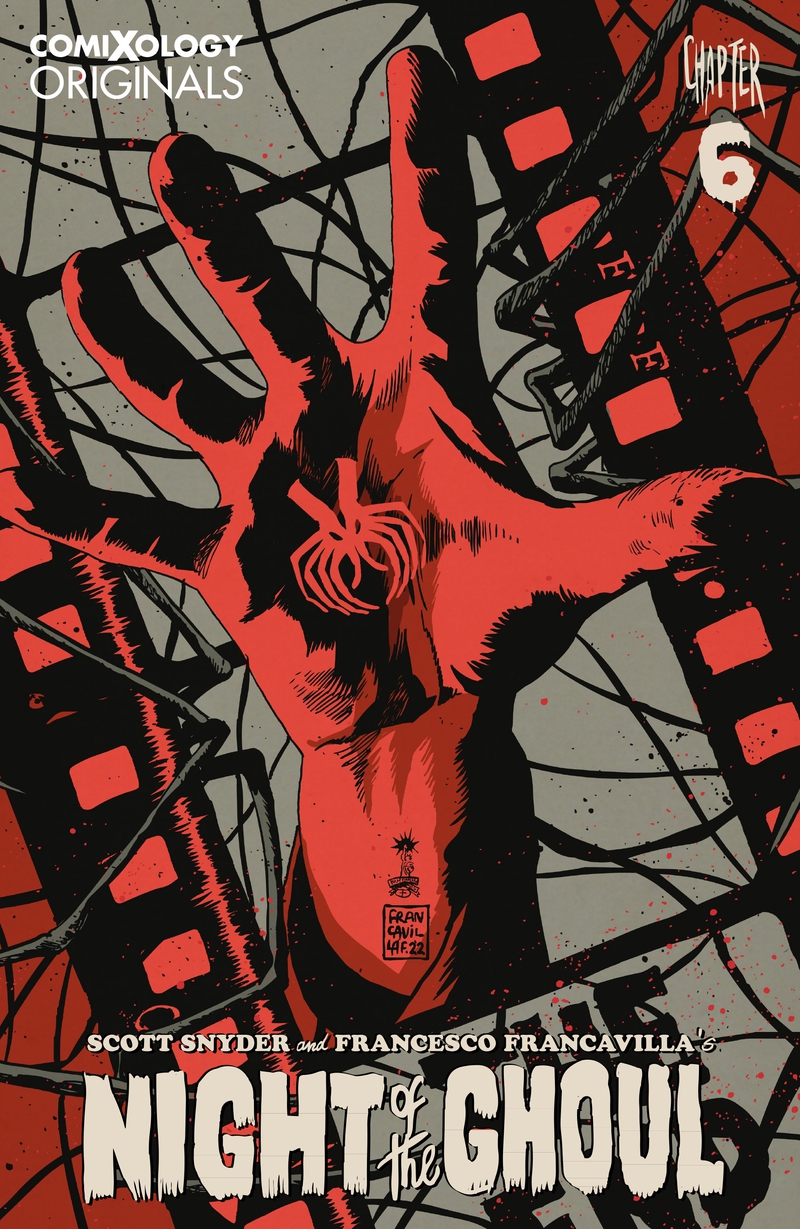