The first trailers for the upcoming live-action RESIDENT EVIL TV show on Netflix have been revealed ahead of the show’s release this summer. 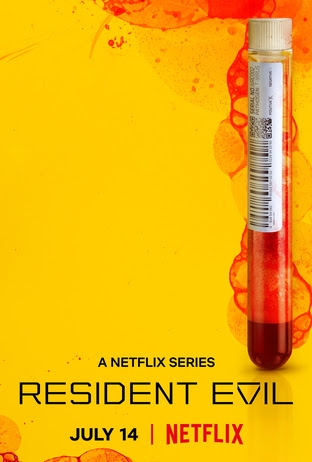 We already got a brand new Resident Evil movie late last year with Welcome to Raccoon City. Now? Netflix is bringing the iconic Capcom video game series to the small screen in live-action for the first time with a new show simply titled Resident Evil. But this will boldly be going where no other project within the franchise has gone before: into the future! That’s right, this show is going beyond the games and all the way to the year 2036. Not only that, but Netflix has revealed not one but two different teaser trailers for the show. Let’s have a look and discuss what has been presented to us.

There is quite a bit going on here. For one, we have Albert Wesker, a very familiar character from the games, anchoring the series along with his kids. We also see the whole “New Raccoon City” thing, which implies that the city has been rebuilt in the aftermath of what happened in the original games. There are also lots of familiar creatures, such as zombie dogs and humans infected with the T-Virus. But we’ve also got quite a bit of new imagery to work with here, including that adorable yet unsettling bear. As for the story? A logline for the series reads as follows:

“Year 2036 – 14 years after Joy caused so much pain, Jade Wesker fights for survival in a world overrun by the blood-thirsty infected and mind-shattering creatures. In this absolute carnage, Jade is haunted by her past in New Raccoon City, by her father’s chilling connections to the sinister Umbrella Corporation but mostly by what happened to her sister, Billie.”

Resident Evil is one of the most enduring video game franchises of any kind in existence. The most recent entry came out last year in the form of Resident Evil: Village, which proved to be quite popular. Even as Capcom is at the eighth game in the main series, there appears to be a lot of gas left in the tank. Meanwhile, the original series of films led by Milla Jovovich were incredibly successful, taking in more than $1.2 billion at the box office, ranking as the highest-grossing video game movie franchise in history. We’ll soon find out if the series can find new life in the streaming world. For what it’s worth, Netflix already released an anime series titled Resident Evil: Infinite Darkness, but this is far more high profile.

The cast includes Lance Reddick, Ella Balinska, Tamara Smart, Siena Agudong, Adeline Rudolph, Paola Nuñez, Ahad Raza Mir, Connor Gossatti and Turlough Convery. Andrew Dabb (Supernatural) serves as showrunner and writer of the series, in addition to his role as executive producer. Mary Leah Sutton is also on board as both writer and executive producer, with Robert Kulzer and Oliver Berben rounding out the executive producers. Martin Moszkowicz additionally serves as a producer.