Hail Raatma! From WHAT WE DO IN THE SHADOWS to CHANNEL ZERO and beyond: how a background as a trained dancer set the stage for creature performance. 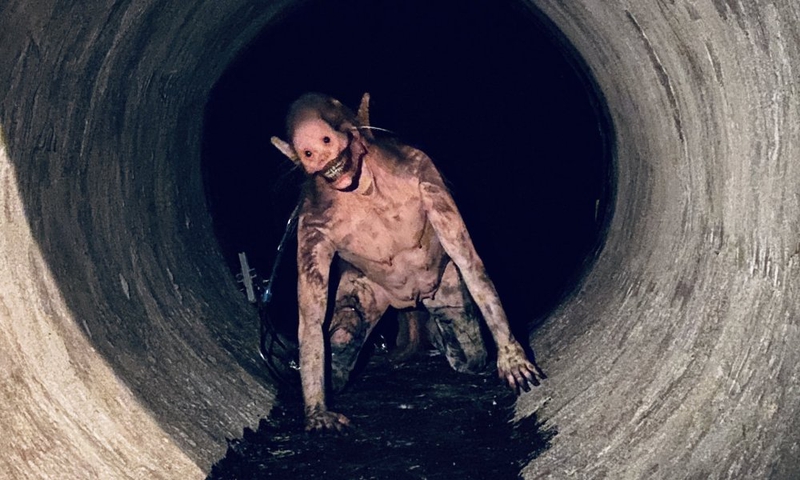 Writer's Note: Hello, everyone! The world of horror cinema in 2021 featured an array of unforgettable monsters and creatures that left their indelible mark on the landscape of the genre. Before we bid farewell to this year, I thought it would be fun to take some time to celebrate the performers behind these fantastical creatures who were a big reason why their characters made such a huge impact on these films and on us, the fans. Be sure to check back later this week for the next installment, and all month long for more Monsterpiece Theater celebrations!

Who would have expected that a sewer-dwelling half-man/half-rat oddity would become a social media sensation in 2021? Not this writer, that's for sure. And certainly not Thiago Dos Santos either, the actor tasked with bringing Raatma to life for Chloe Okuno's "Storm Drain" segment in V/H/S/94. After the latest installment in the anthology series debuted on Shudder, the cult of Raatma grew tenfold, with tons of horror fans tweeting out their support of the character, and at one point, #HailRaatma even trended on Twitter.

Dos Santos has only been working in the film and television industries for a few years now, but his resume boasts several impressive credits thus far, including the What We Do in the Shadows television series, IT: Chapter Two, Channel Zero: Butcher's Block and, of course, V/H/S/94. When we spoke with Dos Santos, he discussed his transition from the world of dance to Hollywood, the challenges he faced while playing Raatma, collaborating with Okuno, and more. 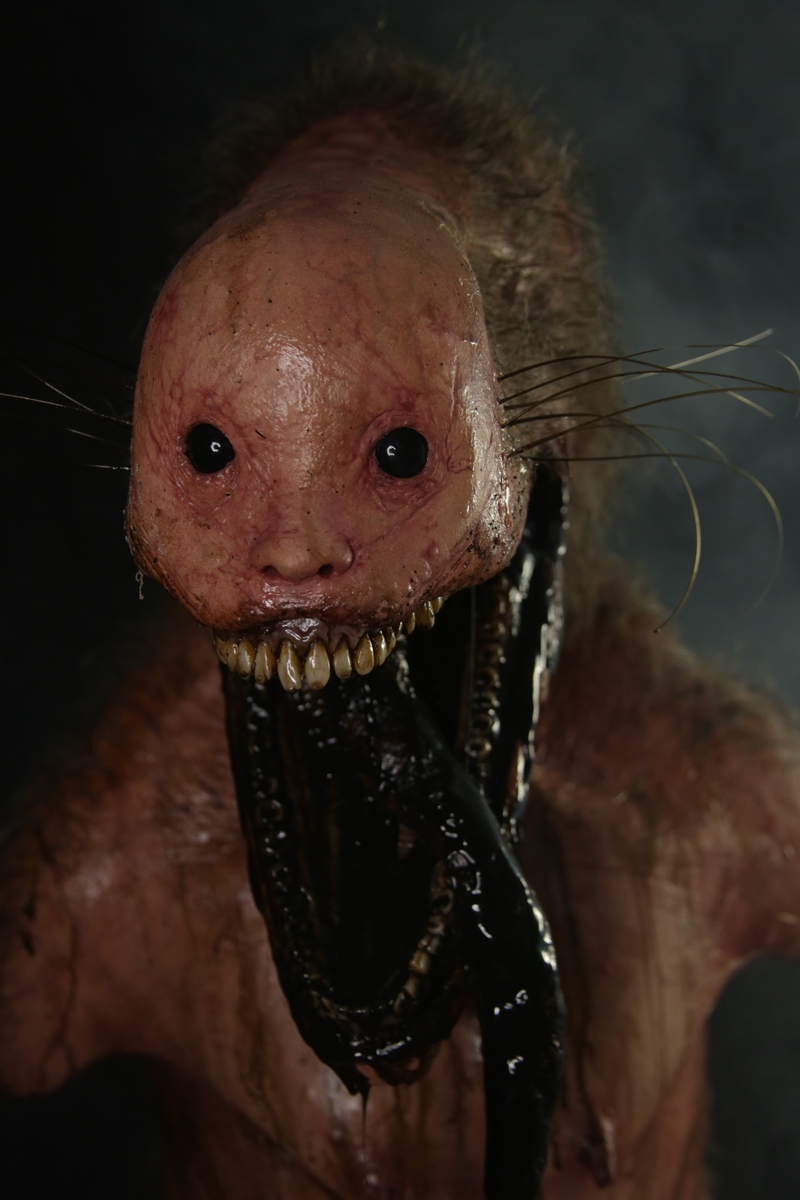 Thiago, "Hail, Raatma" has become something of a movement on social media. It's incredible. I have to imagine coming into V/H/S/94, you probably had no idea that all of this was going to be the result of playing this sewer-dwelling creature character. But I'm sure it has to feel pretty awesome, too.

It does. I can't believe it. The response has been fantastic. This was just something that my agent sent to me one day. He told me that there was this movie that was interested in me because I had done some creature work before. He told me, "If you think you're available and you want to do it, let me know." Right away, I said yes because I love taking on creature roles, and the more that I can do of this kind of stuff, the better. So, the day before shooting, I went in for a costume fitting. I got the script then too, so I took it home and spent some time trying to figure everything out.

When I put the costume on, I put the head on, and I couldn't see anything. Chloe came in, and I didn't even know who I was looking at (laughs). I was like, "I don't know what is happening right now." Plus, on top of everything else, there was the whole COVID situation, too. So that made it even harder the first day. I think we shot everything in mid-December last year. I filmed my scene and didn't really expect much after that. I'm the kind of person where you do a project and just let it go when it's over and move on to the next one. Then I heard that the movie was coming out, so I just figured I'd keep an eye out for it, just because you never know what's going to happen. I mean, they could have decided to cut the whole scene or something. But the scene came out really, really good actually, especially when you consider that I couldn't see anything (laughs).

You mentioned doing creature work before and how you wanted to do more. Is it a fun, creative challenge for you then? What is it that draws you to these kinds of performances?

So, to give you an idea of my background, I was a ballet dancer for ten years. I danced in a ballet company here in Canada. I got to the point where I wanted to do more with my career and my life. By chance, I was in Winnipeg, and at the time, they were filming Channel Zero there. They wanted a dancer for the Meat Servant character, so I went in for the audition and got the part. That was my first gig and it was fantastic because I never had any experience working in film or TV at that point, and it is very different than doing theater dancing where you have to do everything a hundred times bigger so the audience can read what you're trying to say without any words, just with your body.

Doing creature work is similar in that way. You're trying to tell a story without even saying anything, and when you have to adapt to TV, that's like even smaller movements and everything. But Channel Zero was my first gig ever, and it was amazing. 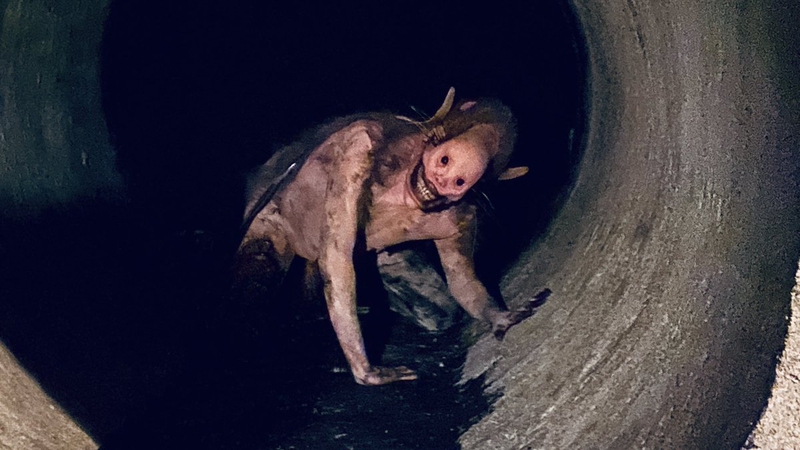 When you met with Chloe and you two were breaking down this character, did she just give you her thoughts and ideas and let you build your performance, or did she just let you go for it using your own instincts?

I did have an idea of what I wanted to do with the character, but again, once I put the costume on, sometimes I have to then adapt to the suit because it can change your plans a lot. Most of the time, the creature suit helps me a lot, but you never really know how much movement you are capable of doing until you spend some time inside of it. But when I met with Chloe, we talked about how I was going to be crawling most of the time and how she wanted me to move. I remember that Chloe posted this photo of me, where I'm wearing the head and the body of this creature, but then I have my shorts and socks on. I look ridiculous (laughs). But Chloe gave me some notes, and she was pretty good at letting me create the character based on those notes from there. I think most directors that I work with, they let me do my thing, and then they'll tweak a few things here and there.

Because you had limited visibility, did you have to change your physical approach to Raatma to make adjustments for the creature suit?

Oh, definitely. I think they built the costume on top of a surfing type of bodysuit with the zipper on the back, and then it had this head and Raatma's legs, and then the arms were just makeup. But when I put Raatma's head on, I couldn't see anything. It was a little heavy and it was long, too. When we were filming, I kept hitting my head a lot on the floor, especially the nose part, because it was really long. So I had to adapt to that head a lot, and I had to rely on Chloe and the people around me to tell me where to move and things like that.

In one of the first scenes that I shot, I was just supposed to be in the middle of everything, and I can't tell where I'm looking. They call action and I'm supposed to move my body, and someone tells me to move one way but look right in the middle. I was like, "I don't know where the middle is" (laughs). So, it was really funny to me at first because I didn't know what to do. But we eventually worked it all out. Then, at the end when I'm crawling out of the sewer and I have my face on top of Anna Hopkins who plays Holly, I was on the edge of this area where I had to feel around with my hands to make sure I wasn't going to fall or anything. I had this black liquid coming out of my mouth. At the edge, there was also a little pool of that black liquid goo as well, so I had to be careful I didn't slip.

But by mistake, when I put my head up, I started drooling on top of Anna's head, and they liked that, but it wasn't on purpose. I just couldn't see what I was doing. I was just scared that I was going to hit her with my head because, again, it was extended so much farther out than my own head. Anna was okay, though, and somehow it all came together.

From your perspective, what is it that you try to bring to the table in order to create a memorable character?

I'm still quite new even though I've been doing this for four or five years now, but for someone that never went to school for and studied this kind of acting, I'm very lucky that I've been involved in some really great productions. I was on Channel Zero, and I did a few episodes of What We Do in the Shadows, too, and I was also in IT: Chapter Two. And now, I’m Raatma from V/H/S/94. That's pretty incredible. So what I try to bring to the table is my own twist on a character. I think because of my dance background, I can take directions really well and a lot from a physical standpoint. In both the dance world and in the entertainment industry, there's just no time for ego and you have to be ready to get things done the best you possibly can. 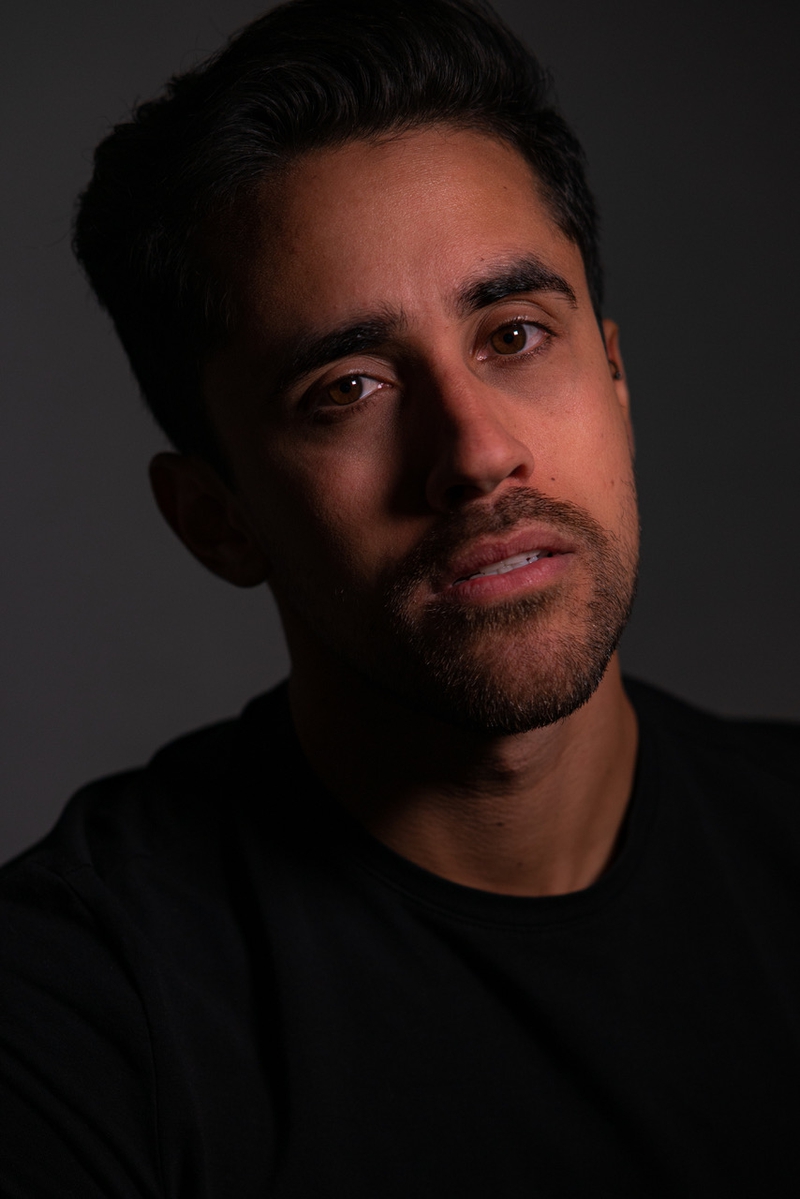 Check out some exclusive behind-the-scenes goods from the Raatma creature creation here. V/H/S/94 is now streaming on Shudder, click below to watch now: