Hunky boys assemble! PG himself discusses the mental aspects of creature performance and coming dangerously close to getting sick in the suit! 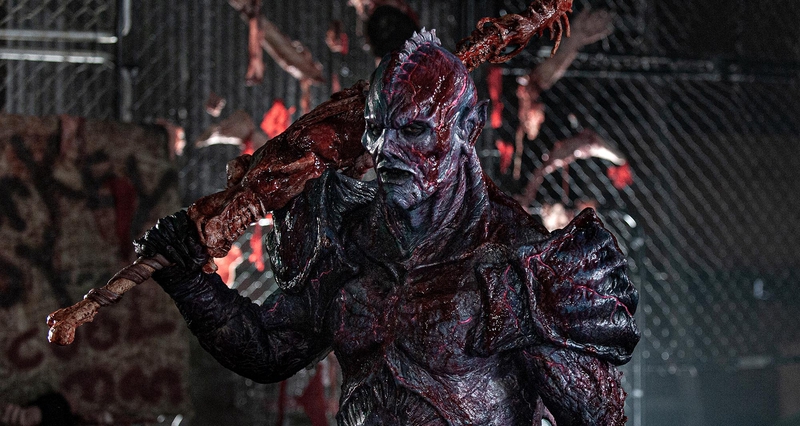 Writer's Note: Hello, everyone! The world of horror cinema this last year has featured an array of unforgettable monsters and creatures that left their indelible mark on the landscape of the genre. Before we bid farewell to this year, I thought it would be fun to take some time to celebrate the performers behind these fantastical creatures who were a big reason why their characters made such a huge impact on these films and on us, the fans. Be sure to check back all month long for more Monsterpiece Theater celebrations! (If you missed part one with Thiago Dos Santos(V/H/S/94's Raatma), you can check it out here).

Over the course of 2021, intergalactic hunky boy Psycho Goreman has continued to capture the hearts of countless genre fans with his dryly humorous demeanor and an unwavering desire to conquer the universe in Steven Kostanski's genre-bending horror-comedy of the same name. The actor behind Psycho Goreman (or as he's known by his best pals, PG) is Matthew Ninaber, a triple threat who also writes and directs (his latest project, Death Valley, is debuting this month exclusively on Shudder).

Going into Psycho Goreman, Ninaber had no idea just what exactly he was getting himself into, but despite all the trials and tribulations he faced while wearing the all-encapsulating monster suit for more than 30 days during shooting, Matthew declared it all worth it just to see all the responses that his character has garnered from fans worldwide. During our conversation with Ninaber, he talked about dealing with an unexpected bout of claustrophobia, making the character of Psycho Goreman all his own, and why he's anxious to play the character again if Kostanski does get the opportunity to make a sequel to PG: Psycho Goreman in the future.

Matthew, you worked in the industry for a few years prior to this film but I was wondering how everything came together for Psycho Goreman? Was it something that you auditioned for, or did you already know Steven?

I didn't. I had no idea who Steven was. I had been telling my agent, "I'm not interested in doing commercials. I want to do acting roles and be in movies. That's what I want to do." Finally, she was like, "Hey, this came across the table. It's for a villain role." And at the time, nobody was saying anything about a suit. When I got the sides, I didn't really know what I was signing up for. They wanted someone that was menacing, that had a certain kind of timing, but also could joke around. And so, I looked at it, and thought, "Oh, I got this. I think I know who this guy is. I can do this."

So, I did the audition and sent it in. I didn't think anything of it but then I got a message and my agent told me that I was one of the production's final choices for the role and they wanted to meet with me. I went to Steven's apartment, and it was just full of all this awesome monster stuff. There were all these action figures and models, and a ton of monsters and projects being built. Like his kitchen table is a stop motion animation studio. I didn't know what I was signing up for, and I didn't know the world I was getting into. I didn't look up what Steven did. I didn't know about The Void or his short films or his previous work. I just went in knowing that I wanted to act in a movie.

Because you didn't know what to anticipate then, how did you mentally prepare for this process? Because you had to do a lifecast and then live in this suit throughout the shoot? Or was it just a case of you diving in headfirst and hoping for the best?

At some point, I figured out that I was going to be wearing a full suit, and I thought I was going to be like Batman or something (laughs). I was just so naive. So naive. But Steven told me a lot of people struggle with being in the suit, that it's a mental game and that people bail on the experience a lot because it's hard for them. So that prepared me somewhat. When we did the lifecast, that was interesting, but it was still fun. It was a little claustrophobic, but I didn't really mind it. But then, everything went downhill after that (laughs). You can't really describe to somebody what it's like being in a suit. Beyond the fact that it's so hard to communicate, you just can't help but feel claustrophobic. I'm not even claustrophobic, but I felt claustrophobic. The first day I put that suit on, it was such a mixed emotion of like, "Oh my goodness, I look so cool. But oh my goodness, this sucks." It's like the best-worst feeling in the world. 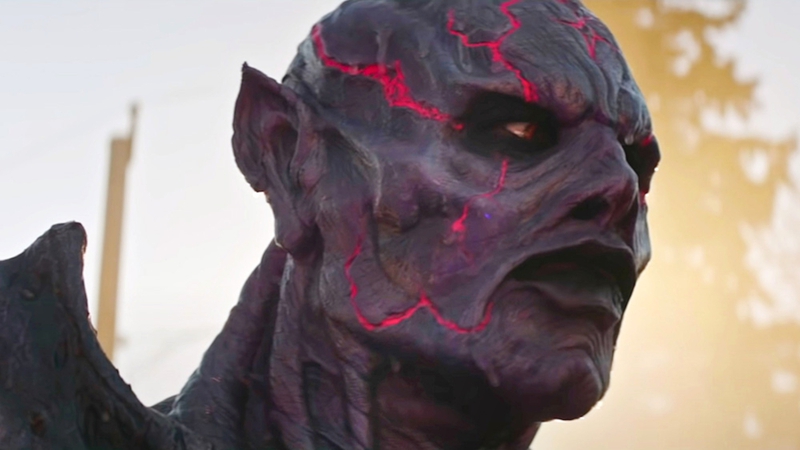 So now you're in the suit, and you have to become this character. What was that process like for you creatively? I'm guessing you're probably having to do things in a way that feels a little bit "extra" in order to make it all come through the suit as well.

Yeah, they told me that I would have to be extra, so I just started looking at my facial expressions in the mirror to figure out what was going to work and what didn't work. The really cool thing about PG is for a lot of the movie, he is very dead inside, if that makes sense. ​​He's a captive prisoner, so he has a very dejected spirit. So there's not a lot that you have to put on there. But he does have these outbursts, and for the outbursts, I wanted to make sure that expression was coming across in the face. Those moments were a lot of fun for me.

Steven has a lot of experience working with effects and things like that. Did he work through what he envisioned for your performance or did he give you the freedom to find PG on your own?

Honestly, Steven gave me so much freedom. I would ask him questions about how to say different things and he'd say, "I don't know. You tell me." So then I had to figure out how to say "Gigax," and then I was worried if I was saying it the right way, or if there was even a right way to say it. But Steven told me from the start that I was PG and that was the best feeling ever because there were things that weren't in the script or things that happened on set that he wanted me to do more of, so PG evolved into something else. Steven wasn't locked into a certain idea of what PG was; he wanted me to show him who I thought PG was, and if we needed to, we could go back and forth on some of our ideas.

You mentioned how Steven talked to you about how working in a suit could be a very cumbersome process. How did you keep yourself centered then? Or maybe you didn't (laughs)?

Yeah, there were a couple of meltdown days. The makeup team was really nice. There was one day that I ate something bad on set. They had just put the suit on me, got me on set, and had me ready to go, and I got sick. I basically told them, "I'm not trying to be dramatic, but if you don't get the suit off of me right now, I think I'm going to ruin this suit." So they pulled it off, and I had to run to the bathroom with PG at my ankles. That was the scariest feeling, being trapped inside of a suit, realizing that you have no bodily control anymore. I might have gotten overheated that day or had eaten something bad, but no one really knew what happened. After that, I decided I wasn't going to eat during the day. Some days I couldn't make it, but a lot of times I would just not eat anything until we were done with the 12, 13, or 14-hour day, however long we happened to be shooting.

The rest of it was a mental game. I just went inside my head and disappeared. And being on set with PG, in the sense that I just have to go into a dark place to get through production. But then, you have Nita [-Josee Hanna] and Owen [Myre], who are just like firecrackers on set and over in the corner is poor, miserable PG who's just questioning the meaning of life. There were days where I didn't think I was going to be able to get through everything, but I just had to keep going because I knew it was going to be worth it. And I'm very happy that I pushed through those tough times. 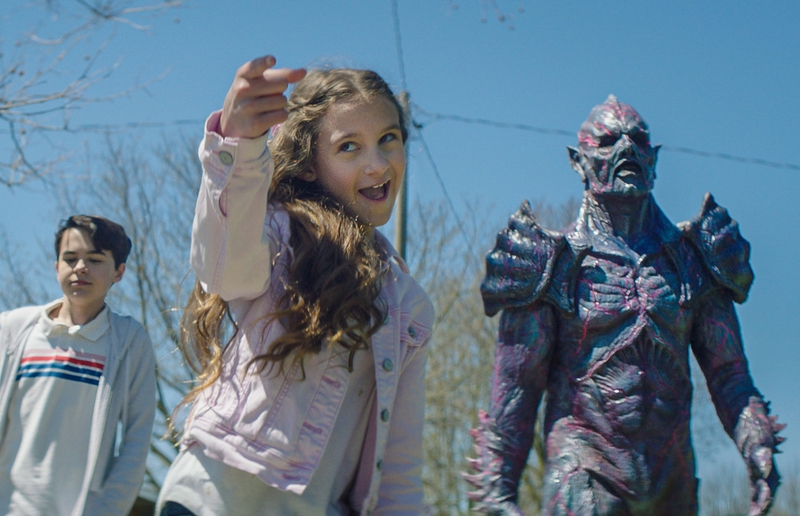 With all of that being said, it has to feel really good that PG is a character that has been embraced by horror fans this year. He's even got his own merchandise too, which is pretty awesome.

It really is awesome, and in the back of my head, I jump back and forth because if we ever get to do more with this character, the idea of being back in the suit scares the crap out of me. But at the same time, the idea of not getting back into the suit scares me even more, if that makes sense. I think every actor dreams to be part of something that is memorable, that's celebrated, that's iconic. For me, The Terminator was one of my favorite characters growing up and I can still remember how I felt watching Terminator 2 where Arnold Schwarzenegger is sinking into that lava pit. That was such an iconic thing for me. And I'm comparing PG to The Terminator, but some people do have an emotional connection to PG, and it is so exciting to be part of that. That's what I got into movies for, to make those emotional connections, so all of this has been amazing to experience.

So you're ready to take on PG for a Psycho Goreman sequel then?

Definitely. I think we can approach this character a lot better in a sequel now that we know what it was like. Steven and I had a talk about if we did do PG again, is there a way that we could do a top suit, or can we make the suit more modular, so I'm not wearing the same thing every day? And I think having a butt flap or maybe even a zipper would make the process a little bit more enjoyable. I think what Steven did with PG in the first film was absolutely incredible so whatever he does next is going to have to top that, which means the sequel is probably something that will be even bigger and better than this film. The one thing I will say is this: I'm scared of getting into the suit, but I'm even more scared of not getting into the suit again. I really want to make that happen, so hopefully, we'll get the chance. 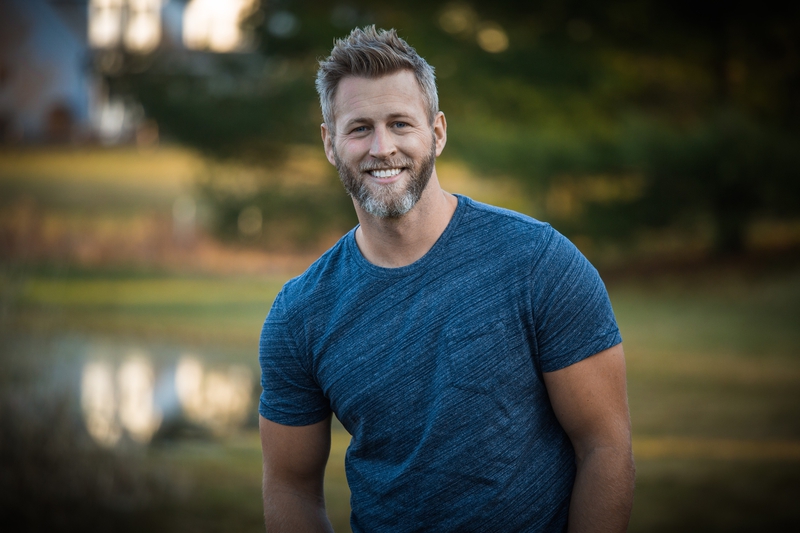 Psycho Goreman is streaming on Shudder, click below to watch now: