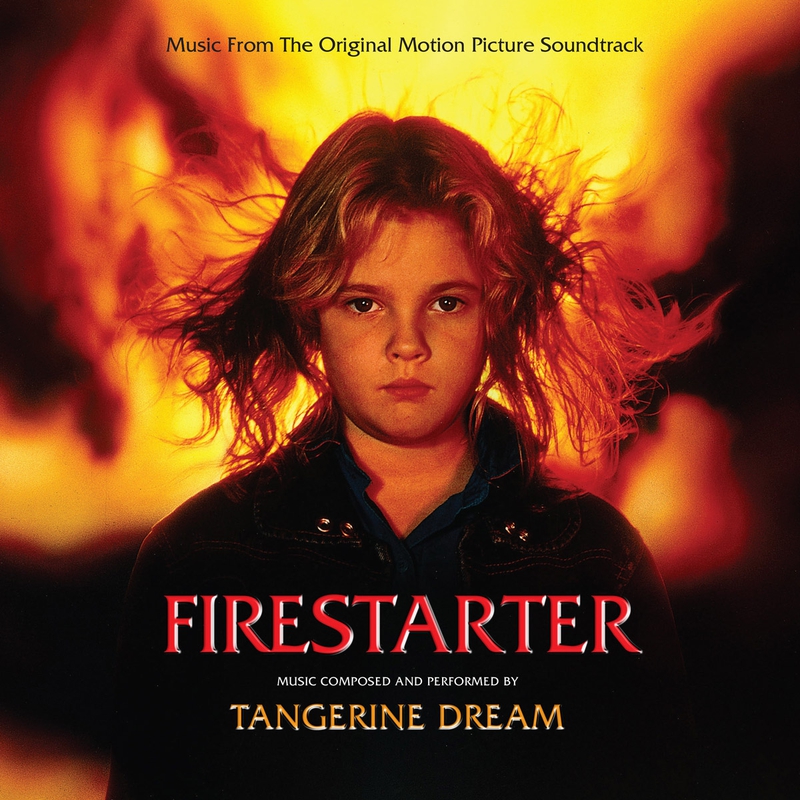 Back after a brief hiatus, there’s a volume of horror scores and soundtracks to cover equivalent to, say, an elevator full of blood. Most excitingly, we’re looking for the first time in the same at a showdown between the score to one horror film and its remake; a deep-cut soundtrack by one of the genre’s most accomplished luminaries; and both a spanking-new release and an all-time favorite reissued on vinyl—with a holy-grail disco cut, no less—for your collection of creepy sounds. 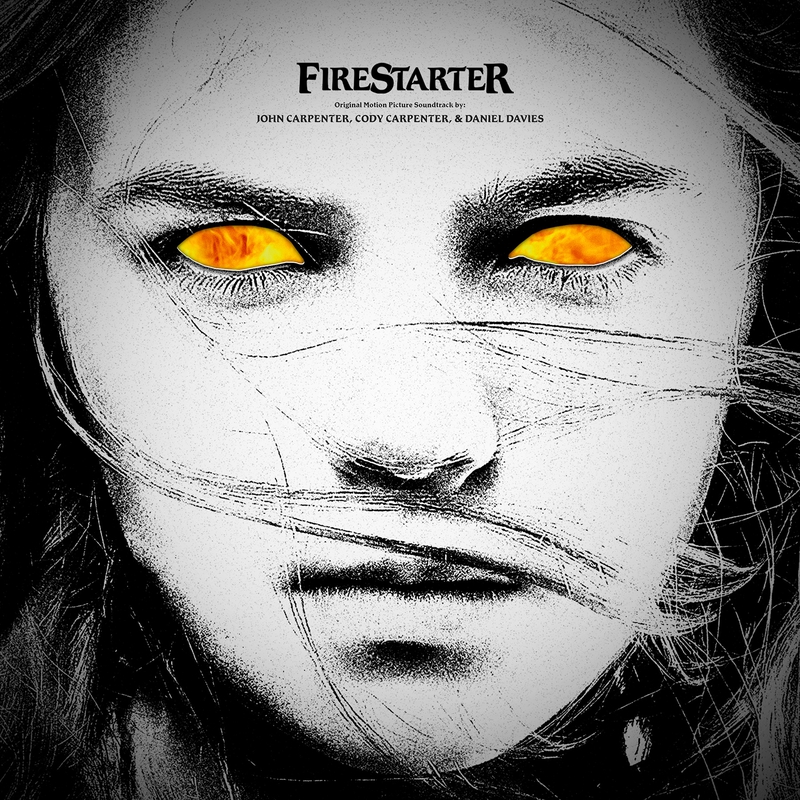 First up, John Carpenter released a brand new score for the recent (if perhaps deservedly immediately forgotten) remake — or should we say re-adaption — of Stephen King’s Firestarter. Regardless of the film’s overall success, it’s thrilling to see Carpenter working more actively composing for new projects, especially those that aren’t inspired by or direct descendants of his own work. Decades ago, he of course composed the score to his own King adapation, Christine, but at any distance it’s a thrill to see Carpenter work in service of the iconic author. Here, on Waxworks’ typically gorgeous vinyl presentation, he delivers a powerful if slightly familiar collection of cues that will undoubtedly be immediately identifiable to his late-career work; gone (for better or for worse) are the reedy, skeletal synths of the 1970s and ‘80s; working again with his son Cody and musician Daniel Davies, the trio create a booming, moody score that resonates, and will continues to, long after you’ve forgotten the movie.

Starting with “Mother’s Love,” Carpenter establishes two musical extremes he’s exercised well in the past: ominous dread courtesy of menacing, atmospheric bass and the haunting melancholy of a reverberating piano. “Lot 6 (Main Titles)” owes more than a minor debt both to his Lost Themes records and to his recent work on the Halloween sequels, but the low key pulse of a midtempo drumbeat carving a path over swirling synthesizers is so good that it makes you want to watch the movie that this music was made for. While I’m not as confident in Carpenter’s capacity for gripping, memorable leitmotifs as I once was — and certainly, he’s earned the right to use this era of his output for a victory lap or ten — this stuff is all terrific and entertaining, just not quite as instantly unforgettable. All of which is to say, Firestarter creates some intriguing sparks, but doesn’t quite blaze a trail of undeniable greatness. Completists will of course add it to their libraries, but otherwise, take a listen before purchasing to guarantee that it will offer the level of entertainment satisfaction that, uh, maybe the movie as a whole failed to provide. 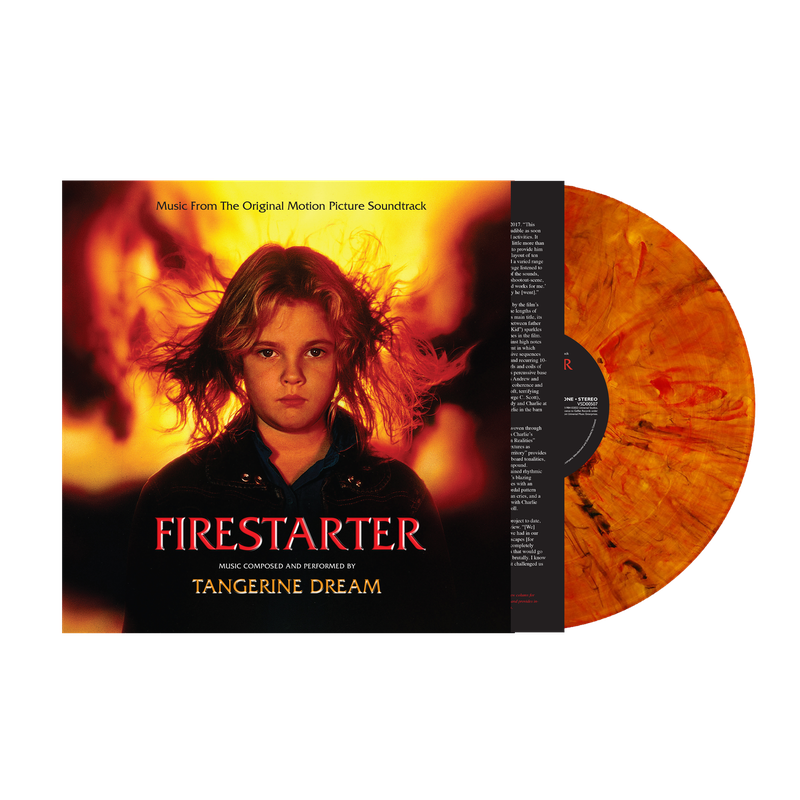 That said, their score may actually live up to the legacy of the original score and film: in commemoration of the new film, Varèse Sarabande released Tangerine Dream’s score for the 1984 film on both CD and vinyl, and it too exceeds the longevity and pedigree of the movie for which it was composed. Their score is of course, full of vintage ‘80s sounds — tinkling keyboards, watery electronics, the ambiance of a Richard Marx radio hit — but if you haven’t listened to it, much less added it to your soundtrack collection, you’re missing out. “Charly The Kid” sounds simultaneously meditative and effervescent; the loping groove of “Shop Territory” cruises on a funky edge while guitars and synthesizers dance on top of it. And “Out Of The Heat” concludes the record with a hopeful edge that sounds like a slightly less self-important version of Harold Faltermeyer’s main theme for Top Gun. In short, it’s a pretty extraordinary score, incredibly listenable, and it gets my highest recommendation. 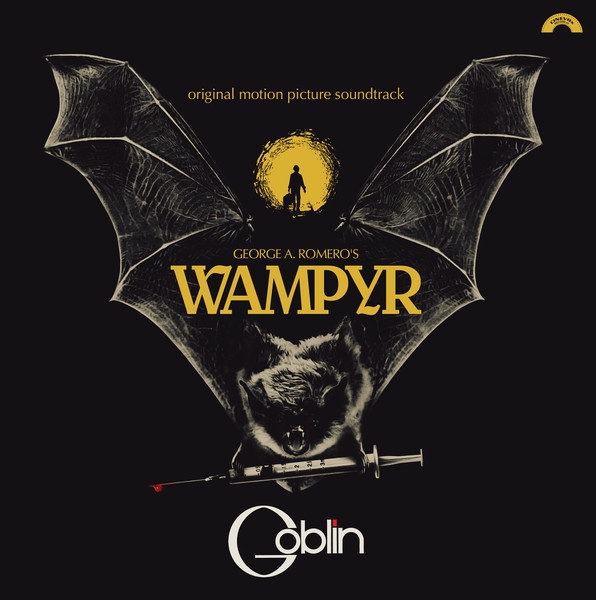 To be able to celebrate — and discover — a largely unheard score from the heyday of a great artist is an incomparable treat, and it doesn’t happen often enough. On Record Store Day, the Italian label Cinevox released the soundtrack for George Romero’s Wampyr on vinyl, composed by no less than Italian prog-rock back Goblin. First of all, just to reassure you, George Romero did not release a film that you’ve never heard of with Goblin composing its soundtrack. This is actually a re-edited version of his film Martin, assembled by Dario Argento, with the rock band’s music replacing the original score composed by Donald Rubenstein. Argento’s capacity for using canned music was almost as great as Romero’s, and so broadly speaking, the tracks are taken from their readily-available albums Roller and Il Fantastico Viaggio Del “Bagarozzo” Mark, not strictly film scores but prog-rock concept records that — if you haven’t heard them — are awesome as hell.

What makes this new release especially exciting is that the versions used in Wampyr are different than the recordings from those two other albums, and the fact that Goblin did indeed perform a handful of other cues that have never been released until now on this LP. The differences in the legacy cues mostly come down to alternate edits — “Le Cascate Di Viridiana” is almost six minutes long on Il Fantastico Viaggio, but on this soundtrack, it runs about 80 seconds. “…E Suono Rock” feels like their version of “Pinball Wizard,” with cascading synths that bridge a bizarre but utterly hypnotic midpoint between The Who, John Carpenter’s Halloween title theme, and a gorgeous outtake from Vangelis’ Blade Runner score.

But “Strange Terminal” and “Royal Road,” which wrap the LP, explore some wonderfully weird territory, more fully experimental than the prog-rock stuff for which they were most widely known. That said, “Royal Road” straddles both their more idiosyncratic impulses and the locked grooves that made them icons, with piano, guitar, and synthesizers darting between one another as a drum beat carves a sinister rhythm. If Wampyr is the best Romero movie you never saw, then its soundtrack is the best Goblin record you never heard. 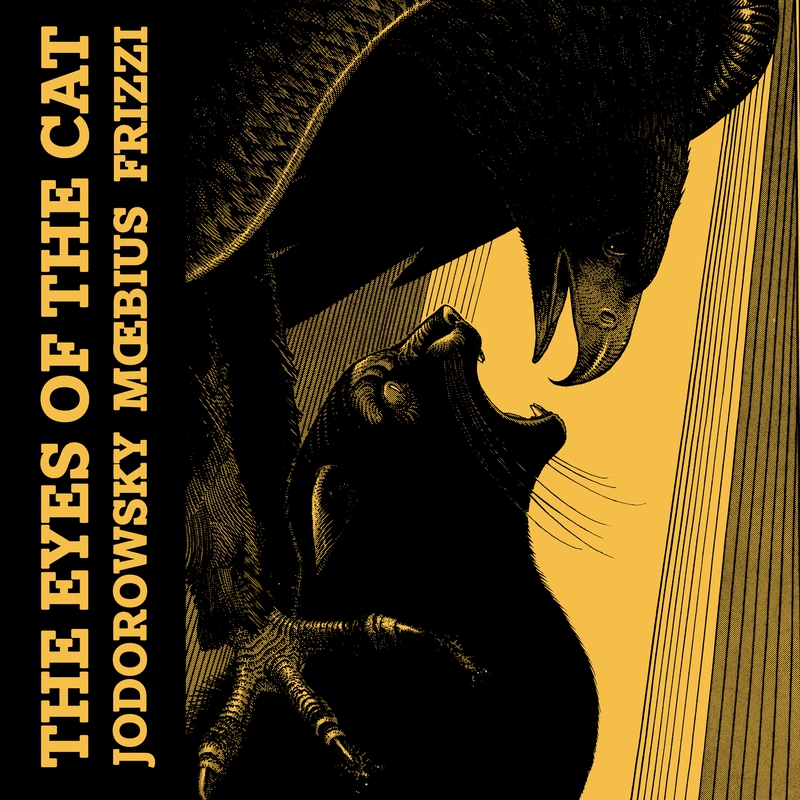 Next up is Fabio Frizzi’s score for The Eyes Of The Cat, a graphic novel created by Alejandro Jodorowsky and artist Moebius. Comprised of five tracks spread on two sides by Cadabra Records, the music touches on the iconic composer’s well-established pedigree without simply retracting past glories. “The City” pulses with a contemporary electronic edge while oozing with meditative seriousness, great for active listening or background music; while it definitely tries to evoke a mood, it lives up to Brian Eno’s edict for ambient music as occupying space without forcing itself on the listener. “Meduz And The Crime” picks up the pace ever so slightly, adding electric guitar to strings — solo and orchestral — and Frizzi’s effortless keyboard playing. Check out an exclusive audio sample of one of the tracks below:

If it works in reverse of a typical score – creating a mood to be followed by images — The Eyes Of The Cat is a record intriguing enough to seek out the material it accompanies when it’s released on June 23. Meanwhile, last but not least is Frizzi’s score for Zombi 2, also known as Zombie Flesh Eaters. The main theme, known only as “Sequence 8,” is one of the all-time horror soundtrack movie bangers — it was a centerpiece of my story in FANGORIA’s print edition about the history of horror disco. Italian label Beat Records released a new version recently (that term being relative at a time of ongoing supply chain issues and shipping delays), and it’s just a stunner of a record. That theme is there, as is a panorama of Frizzi’s tropical/ tribal cues for the film. But as extraordinary as Death Waltz’ version was back in 2012 — kicking off my love affair with that label — that release only featured eight cues; Beat’s edition features 13, including “There Is No Matter,” a disco song performed by Frizzi’s ongoing collaborator Linda Lee. 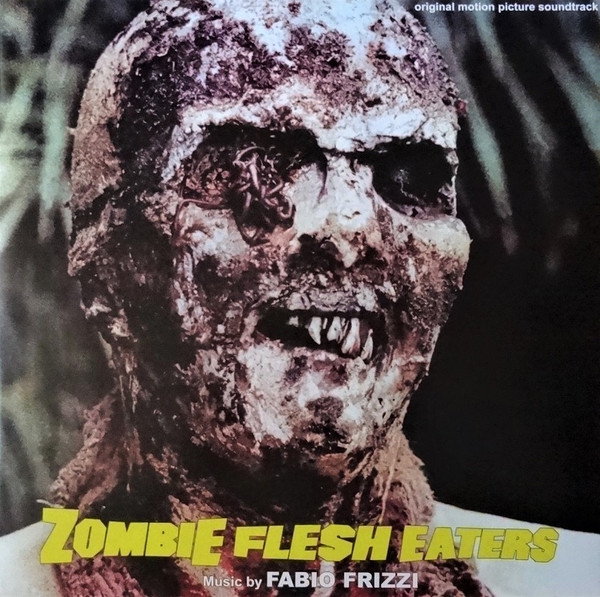 Getting even a single extra cue of this particular soundtrack is an occasion to order for yours truly; like Blu-rays issued to replace lousy standard-definition DVDs, or a special edition featuring a key interview, there are certain titles that you’ll always shell out a few dollars to acquire, and Zombi 2 will always be one of those for me. But the pressing is good quality, it’s got a beautifully gruesome gatefold cover, and it’s got those few extra tracks. As Romero once wrote, “when there’s no more room in Hell, the dead will walk the earth.” But when this record is on your turntable, the dead and the living alike will be dancing their asses off. Zombi 2 is one of the greatest zombie movies ever made, and this is certainly one of the greatest scores. But even if all of the films included here aren’t necessarily as good as the scores accompanying them, June really brought horror fans some incredible music.