Jordan Peele Suggests NOPE Might Be Getting A Sequel

Kinda? Maybe? Who is "Nobody?" Get in here, this is a weird story. 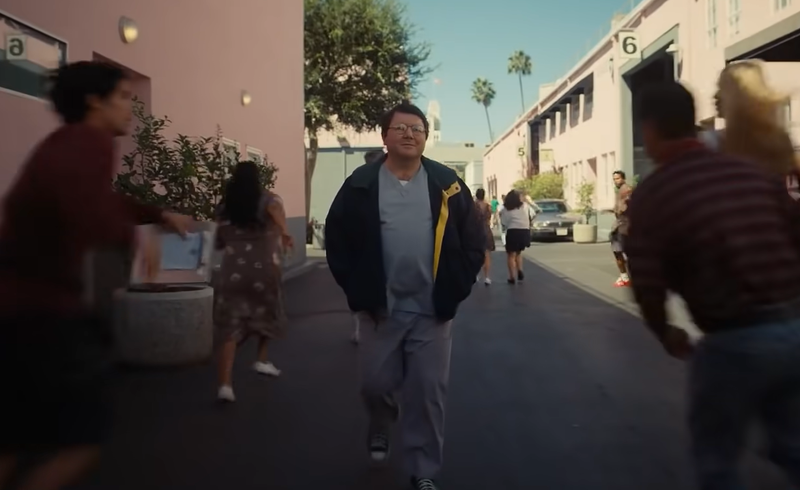 In a new interview with the New York Times, Nope director Jordan Peele seems to suggest that he may not be done telling stories in that particular world, and it seems that we're only hearing about this thanks to internet sleuths noticing a blink-and-you'll-miss-it shot of a character who didn't appear in the final film in Nope's second trailer.

That might sound a little confusing. Let's start at the beginning, with the aforementioned trailer...

At roughly the 2:15 mark in the trailer above, we see a very brief shot of a man walking through what looks like a studio backlot, towards whatever's causing a number of other people in the area to flee. Fans noticed this shot as missing from Nope's final cut, did some digging, and discovered an IMDb credit for an actor named Michael Busch, playing the part of "Nobody," who also does not appear in the final film.

Which brings us to this interview with the times, where Peele cryptically says:

The story of that character has yet to be told, I can tell you that. Which is another frustrating way of saying, 'I’m glad people are paying attention. I do think they will get more answers on some of these things in the future.' We're not over telling these stories ... People are doing a lot of interesting detective work.

Well that's intriguing. I'll hold off on spelling out the ending to Nope just in case anyone reading this has yet to catch up with it (which you can do so now, via digital rental), but let's just say that it does leave things somewhat open for a sequel, should Peele wish to attempt one. Who is this "Nobody" character? What does he have to do with anything that occurs in Nope? Is it possible that he's in communication with other, Jean Jacket-like creatures? I have literally no idea and it's almost certainly pointless to speculate, but try telling that to my brain, which is currently exploding with reckless, on-the-spot fan theories.

Nope was a sizable hit at the worldwide box office. A sequel (or a sidequel? Extra footage on the Blu-ray release? Who knows!) doesn't seem entirely out of the question, but it'd certainly be notable given the fact that Peele's never even hinted about having an interest in continuing the stories he told in Get Out and Us. Consider us very intrigued!