INTO THE VOID: The Road To DERRY Will Be Fraught With Peril

HBO Max has officially broken ground on WELCOME TO DERRY. Getting there won’t be easy. 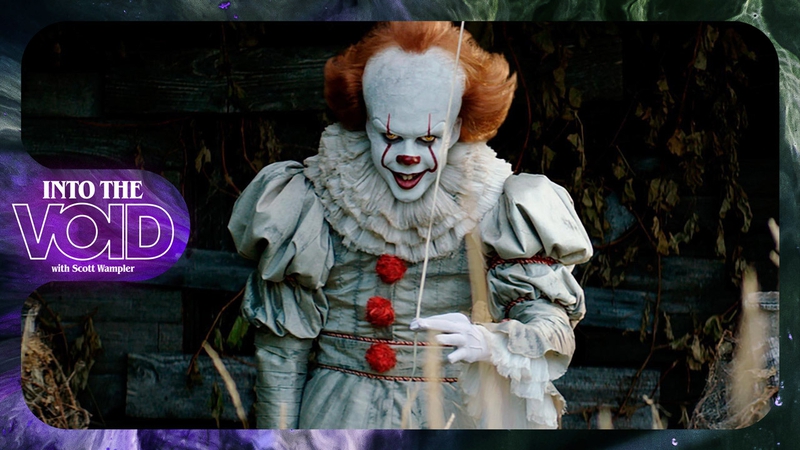 We recently learned that things were heating up over at HBO Max’s forthcoming Welcome to Derry, a prequel series set decades before the events depicted in Andy Muschietti’s It: Chapter One and It: Chapter Two. Namely, we learned that a writer’s room had been launched, which means that – even as we speak – a collection of screenwriters are breaking the back of what this series will be, what it’ll do, and where it’ll take us. It’s an intriguing concept, to be sure, and done right, it could make for one helluva prestige horror series! But from where I’m standing, it won’t be terribly easy to pull off. Lots of potential hurdles to be overcome here, lots of pitfalls to avoid.

All things considered, that’s mostly par for the course on any Stephen King adaptation … but it’s particularly true of any adaptation tackling the lore established by It, one of King’s most sprawling, complex, and finely-crafted novels. This fact is surely not lost on Welcome to Derry producers Andy and Barbara Muschietti, who themselves delivered WB’s two-film adaptation of the novel after a series of other writers, directors, and producers made their attempts over the years (the studio faced similar problems trying to get The Stand turned into a feature film – or multiple feature films! – around the same time, but that’s another story for another day). Simply put: if you’re gonna monkey around with It, you better be prepared to do a whole lot of juggling. 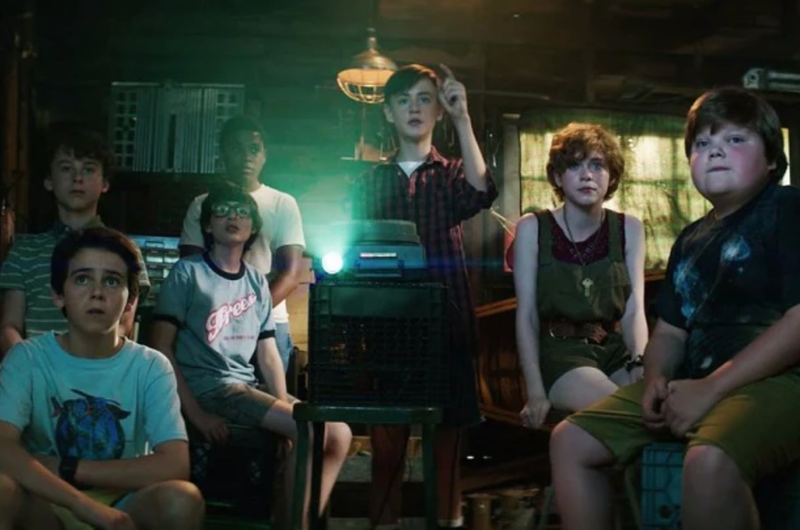 Let’s start here: Welcome to Derry is set in “the early ‘60s,” which means that if we’re sticking with Pennywise’s 27-year feeding cycle, the show itself will probably open sometime in 1961 (the events of It: Chapter One having taken place in 1989). Beyond the period setting likely adding quite a bit of cost to Welcome to Derry’s bottom line, we already know the series is certain not to include any of the core Loser’s Club members in its lineup – they’d all be twinkles in the eyes of their uniformly fucked-up parents in 1961. It’s possible the series could bring in younger versions of those parents, but something tells me this series would probably like to avoid spending too much time with, say, Alvin Marsh, Bev’s sexually abusive, alcoholic father.

It’s therefore easy to assume that Welcome to Derry will feature a new group of kids dealing with Pennywise’s violent shenanigans, but that approach would also come with its own set of headaches, especially if the show is being planned as an ongoing series (it’s worth mentioning that it remains unclear if this is the case; for all we know, this could be a one-and-done type deal). For instance, if it’s an ongoing series, how do you maintain a core group of characters over hours and hours of viewing time without, presumably, needing to kill them off one by one? I suppose you could do just that, and a second season could bring in another group of characters to take a stab at the job. But even then, we know that Pennywise is alive and well in 1989. Outside of busting him up a little bit, it would seem that anyone standing up to That Fucking Clown in this part of the timeline is destined to fail. Resolving that issue will certainly be a challenge here. 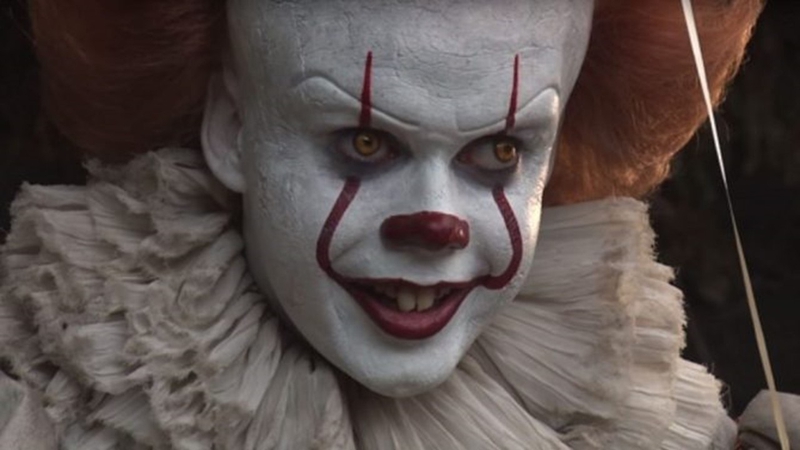 Here’s how I’d do it: I’d plan for three seasons. The first season would not begin with a proto-Loser’s Club already formed, but would largely follow the various hauntings and bad times experienced by, oh, let’s say half a dozen new kids and their families. They spend this first run of episodes individually realizing that something has gone very wrong in Derry and slowly joining forces with one another until – at the very end of season one, which’d cover maybe a few months in the lives of these kids – you’d arrive at the formation of a new Loser’s Club. Finally united, they would bring the fight to Pennywise in season two (having their own wins and losses along the way), and season three would essentially deliver showdowns across the board … including one final battle with Pennywise. Which, of course, the kids would ultimately lose. Whoopsie daisy! That’d be something of a bummer for many viewers, sure, but I’d imagine by that point, the audience would be prepped for that possible outcome.

I’m certain someone reading this will point out that you could do a Derry series without also employing the same basic set-up of “kids versus clown,” but honestly: doing so would likely mean turning Pennywise into another run-of-the-mill slasher, and beyond that you’d be losing the true beating heart of King’s novel – which is absolutely the relationships these kids have, and go on to have 27 years later when they ultimately take that motherfucker out as adults. To be perfectly clear, I’m not saying you couldn’t do this … I’m simply saying that if you did, you’d be losing a massive percentage of what made It work in the first place. Seems unlikely they’d go down that road, though, particularly with the Muschiettis shepherding this one along. 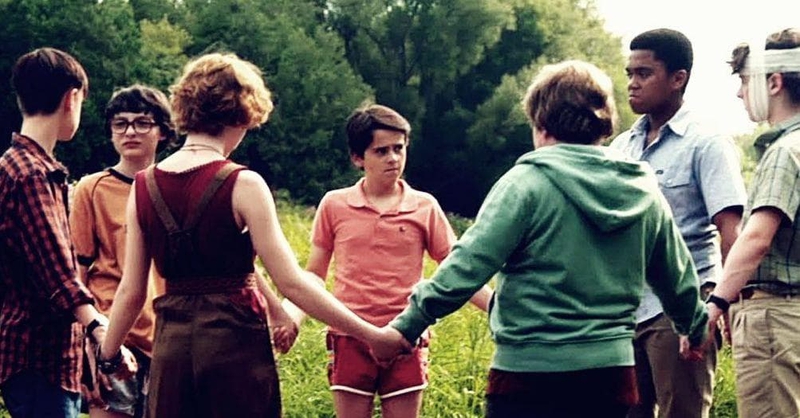 Casting will also be a major consideration here. Obviously, none of that responsibility falls upon the show’s newly-established writer’s room, but it’ll be crucial to making the show work. Consider how hard it is to find great child actors (who can deal with material this heavy!), then multiply that by however many kids there are in the show. Not only do they have to be individually great, they also need to gel as a unit. This is a very, very tall order, but it can be done – hell, It: Chapter One proved that all the live long day. But can the Muschiettis do it again? I believe that they could, and as a result, I’m not really sweating this aspect. But it is worth noting that they’ll be capturing lightning in a bottle twice if they manage to pull it off.

And then there’s Pennywise. As of now, there’s no word as to whether or not Bill Skarsgård will be returning to the role he already crushed two times out, but it doesn’t seem entirely outta the question that he will. That’d be a gigantic selling point for audiences, something I’m sure everyone involved with this series doesn’t need to be told, and I’m further willing to bet that HBO Max will unload a dump-truck full of cash directly into Skarsgård’s driveway if that’s what it takes. But with all of that said: I don’t think it’d be fatal if they recast, changed Pennywise’s appearance up a bit for this portion of the greater It timeline. Going that route would doubtlessly involve casting the role with the same sort of laser precision that’ll be necessary for casting the kids, but it’s not entirely outside the realm of possibility. 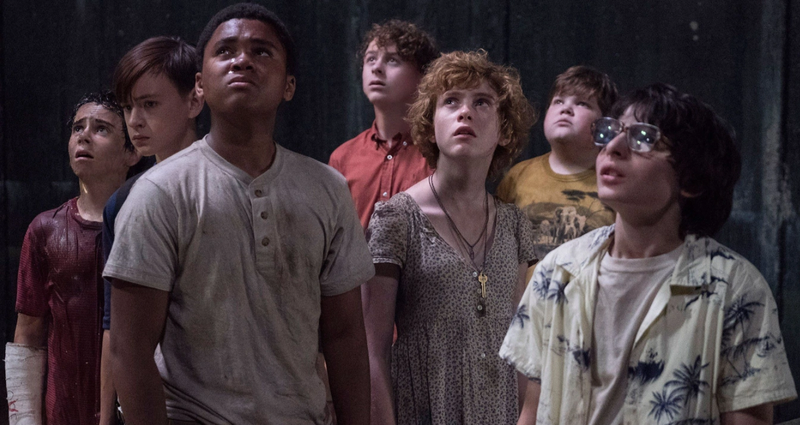 There will, of course, be other concerns along the way (here’s a big question: will this series dip into the metaphysical aspects of Pennywise’s origin?), but it’s hard to speculate much further given what a limited amount of information we have about Welcome to Derry now. Speaking as a die-hard King fan and the co-host of a podcast that celebrates every last goddamn aspect of his work, I am, of course, rooting for everyone involved here to pull it off. Nothing would make me happier than a top-shelf HBO horror series built around this precious corner of King mythology (side note: here’s hoping they roll this out week-to-week; it’d be such a blast to react to and theorize about the show as it unfolds rather than having it all dumped in our laps at once and needing to ingest it immediately to avoid social media spoilers), and I think the odds are good that they will. I don’t envy ‘em the challenge, but just imagine what a thing it’ll be if they succeed.

Good luck, y’all. Will be there day one!