Dan Trachetenberg’s PREDATOR prequel is taking a big swing. Where’s the harm in that? 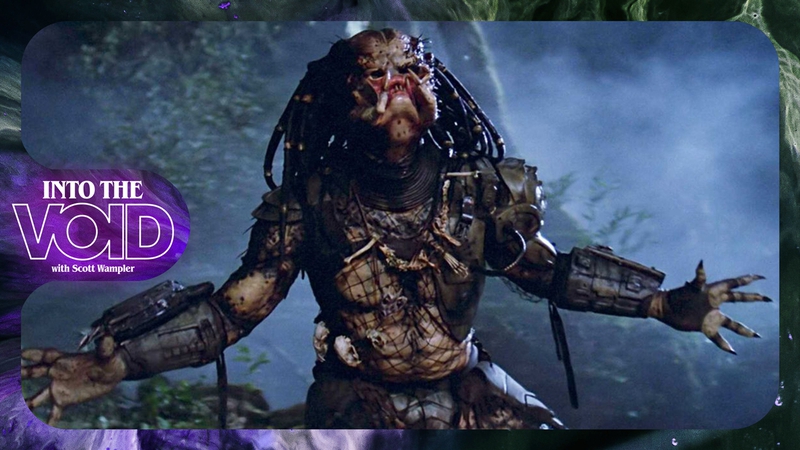 Earlier this week, we got our first look at footage from Dan Trachtenberg’s Prey, a Predator prequel that’ll be heading to Hulu in August. The teaser trailer was brief, beautifully shot, and looked like a major change of pace for a franchise that could, quite frankly, use one.

Here it is, in case you missed it when it dropped:

Looks pretty interesting, right? Predator finds itself going up against a fierce young Comanche woman, Naru (Amber Midthunder). Bows and arrows versus whatever the hell weaponry this iteration of the Predator comes standard with! After every other variation this franchise has given us (man vs. Predator, cop vs. Predator in Los Angeles, accomplished murderers vs. Predator on a planet-sized hunting preserve, Shane Black vs. Predator in the suburbs), my immediate response to the Prey teaser was mostly, “Huh, this’ll be something we haven’t quite seen before!”

As it turned out, a mouthy contingent of the teaser trailer-viewing populace did not seem to agree. People complained about how “unrealistic” it was that a young Comanche woman would stand a chance against a Predator, that one might simply conquer one of the deadliest hunters in the universe with little more than some homemade twine, a few sticks, and some arrowheads. Nevermind the fact that setting aside automatic weaponry and utilizing stuff like mud and hand-whittled wooden stakes was precisely how Schwarzenegger was able to defeat the Predator in the first movie. Nevermind that “overcoming the overwhelming odds” is, in fact, a recurring motif in these films. Nevermind that…well, you get the idea. 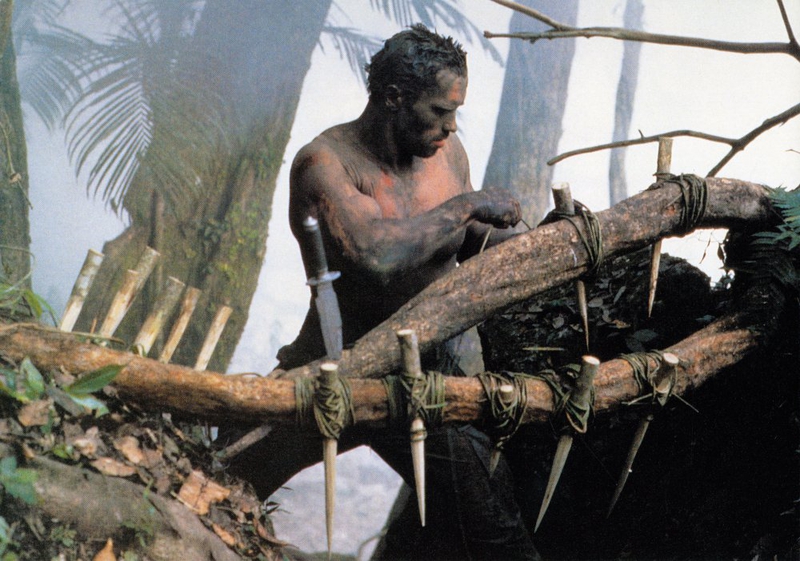 This knee-jerk reaction to the first footage from Prey – less than 40 seconds from the entire film, I might add – is, on its surface, just the latest case of People Are Being Whiny Bastards on Twitter, a phenomenon that’s guaranteed to rear its ugly head every time a new entry in a long-running franchise comes along. But I also have to wonder what these folks want or honestly expect from a Predator film here in the brave year of our dark lord 2022. It’s clear the folks holding the keys to this particular kingdom are willing to give just about anything a go (see also: The Predator’s Predator Dogs), and if they’re going to continue making these movies I’d rather that be the case than some watered-down, half-assed retread of the original with, I dunno, The Rock in it or something.

Here’s another question folks should ask themselves: how long has it been since you’ve legitimately enjoyed a new Predator movie? 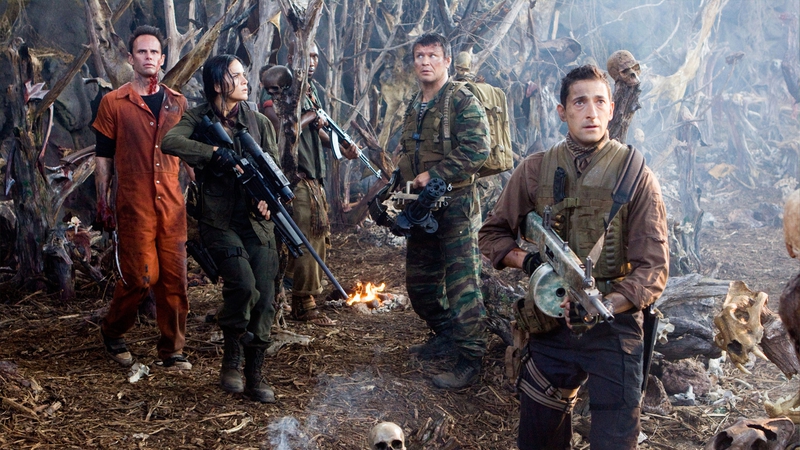 Like many of you, I grew up with Predator and Predator 2, and the general consensus seems to be that those first two movies are more or less unassailable (I’d quibble on the latter being beyond criticism, but if we’re gonna paint with broad strokes here, I’ll keep those quibbles to myself). Let’s set those aside then, and consider what came after: two Alien Vs. Predator movies, in 2004 and 2007, followed by 2010’s Predators and 2018’s The Predator. With the exception of Alien Vs. Predator: Requiem (which even I, as diehard an Alien superfan as you’re ever likely to meet, have never managed to get all the way through), I’ve found something to embrace in every single one of these titles.

I am particularly fond of Predators, which seems to have earned a permanently mixed response in terms of a legacy. Yeah, it might’ve felt a little smaller and more contained than some of the other titles in this franchise, and sure, it gets a little goofy here and there. But I’m in love with the weird little things going on in the margins of that one – the non-Predator aliens our anti-heroes encounter as they attempt to avoid being killed, the undeniably excellent visual of a Yakuza badass bringing a sword to a Predator fight in the rain. It’s also stacked with a murderer’s row of talent (including Laurence Fishburne, Adrien Brody, Alice Braga, and Mahershala Ali), and the very schlocky concept of “world’s best predators forced to take on the galaxy’s best predators.” It’s lean and mean and it doesn’t let up once the opening credits roll. 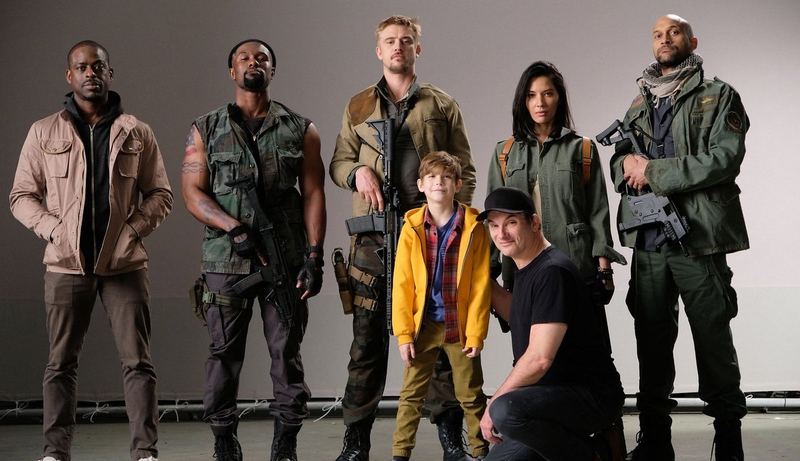 The Predator’s a movie I’ve got a more complicated relationship with. From where I’m standing, this one was largely damaged by its ending, which played out in an entirely different way in Shane Black’s original script (as you may or may not know, the idea there was to have Schwarzenegger show up at the end, after the Predator’s been defeated, to recruit The Predator’s new heroes in a sequence that was clearly intended to set up a sequel that’d bring back Predator’s Dutch). Schwarzenegger declined to get involved, wanting more of an active role, and what you saw onscreen when the movie hit theaters was apparently their best alternative idea. And the truth is, that alternative idea kinda sucked and left people wandering out of the theater saying, “The fuck was that?”

But, again, there’s plenty enough gold in The Predator’s hills to ensure that I’ll still throw it on every once in a while. Shane Black’s script is, of course, very Shane Black (this may or may not be good news, depending on where you fall on Black; I’m a fan), and the film contains several strong action set pieces that I’ll always stop and watch should I have the movie on in the background while working. Are the Predator Dogs kinda silly? Of course. Is the whole subplot involving Jacob Tremblay’s character both a little tone-deaf and probably a poor fit for the franchise at large? Probably. But none of the issues I have with The Predator are enough to make me write it off completely. And, much like Predators before it, it’s at least trying to do something different. 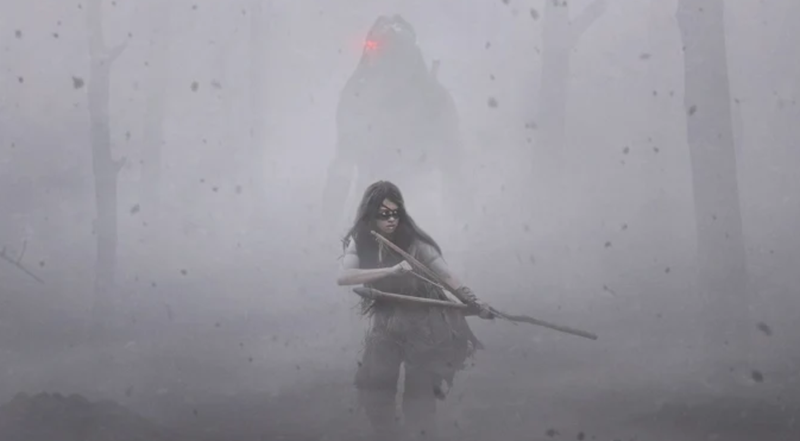 That seems to be the case for Prey, as well. I know very little about how Trachtenberg’s film will play out, but can tell you that I’ve been privy to a smattering of details about it. What I’ve heard certainly sounds exciting, and there’s every reason to believe the film will look wholly unlike any Predator film that’s come before. I believe in Trachtenberg as a director (say what you will about the Cloverfield franchise, but 10 Cloverfield Lane is a top-to-bottom ass-whipper, and I’ll brook no argument to the contrary), and if I’m gonna sit through another Predator movie again, I definitely want it to bring as many new ideas to the table as possible. Maybe it’ll turn out we don’t like those ideas, but I’m always happy to see a talented filmmaker bring a new take into a franchise, especially if it’s a franchise that’s been taking big swings for years now.

Which brings me back to that question I posed a few paragraphs above: if a new time period and fresh setting don’t interest you, and if finding out how the hell a presumably overpowered Comanche girl is gonna keep her village safe from a rampaging Predator doesn’t sound exciting to you, what do you want? Is what you want something that’s even likely to get made, seven films and over thirty years into this franchise? Or are you maybe knee-jerk reacting to something just because it’s different? Don’t need your answers on any of these, by the way; these are just things I wish we’d all consider a bit more when situations like this come along.

Now. If you’ll excuse me, I only have a few months to plan my Prey watch party, and I need to get started.