There's something to be said about the fact that whenever a foggy day in Pennsylvania rolls in, I can count on seeing at least one person's post on social media about how it's "giving Silent Hill vibes today." It doesn't matter if it's an avid gamer that I know or someone who's never picked up a controller in their life–I credit it to the 2006 film's portrayal of the titular ghost town, which has infiltrated the modern-day horror zeitgeist. Silent Hill's enduring prevalence with folks of all kinds can be attributed to a variety of factors. While the film isn't without flaws, I find it's more appreciated with time. In fact, it shines as a beacon for what future horror game adaptations should strive to be.

The original Silent Hill was developed by Konami and released for the Sony Playstation in 1999. Despite clunky controls and an awkward combat system, the story of Harry Mason's expedition through the demon-littered town of Silent Hill in search of his missing adopted daughter made it a seminal horror classic. It spawned a franchise that explored themes not often touched upon in survival horror games during the early 2000s– psychological horror, religious fanaticism, cults–all central to an abandoned town in Maine perpetually enshrouded in a blanket of fog. Three sequels in, it was clear that the series had a cult following, and Christophe Gans helmed the 2006 film adaptation as director.

Silent Hill is far from a 1:1 film adaptation of any of the video games in the series. Aside from the town location names, a handful of demons, and homages to the games, the story and characters are all entirely original. This is where a big point of contention exists for some fans who expected video game protagonists Harry Mason or James Sunderland to appear as the main characters and the town's lore to be replicated more accurately. But I'd argue that it would have been a disservice to the film, and to the series at large, to rely too heavily on the source material.

The lore inherently lends itself to nuanced and unique installments in the series. Outside of a handful of cameos and connections to previous games (most notably the first and third games), it functions as an anthology series with largely disconnected characters and storylines. There's no one correct way to adapt a video game into a film, but I'd argue that Silent Hill fell into the trap of being panned by fans of the games because it wasn't exactly like one of the games. Yet as time goes on and video games are adapted into films more than ever, I've noticed a shift in the conversation. Where I stand is that if you want something exactly like the game, why not just go back and play the game then? Silent Hill capitalized on the fact that it had the foundation to easily not be exactly like the games and swing for something different while retaining the essence of the series. And it does so more effectively than any other horror game adaptation to date. 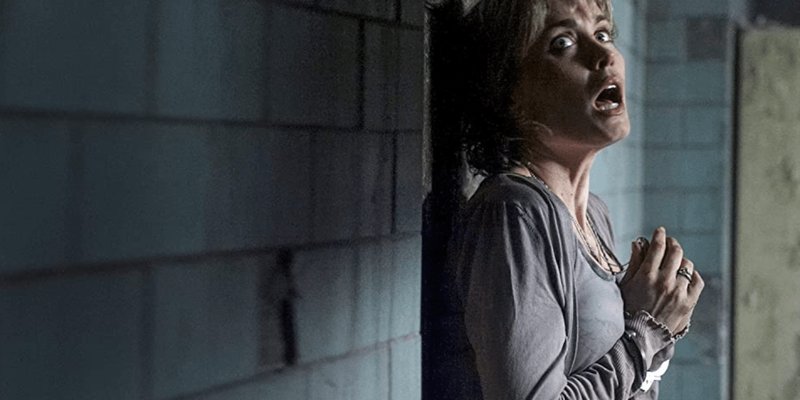 By creating a completely original story with new characters, Silent Hill set itself up for success to appeal to both gamers and non-gamers alike. Clearly, the filmmakers immersed themselves in the game's universe and let it influence the crafting of the film without relying too heavily on the source material. An often overlooked aspect of the film is the fact that the entire score and soundtrack is pulled directly from the video games (which is no surprise, given that Akira Yamaoka, who composed the music for the games, was also a producer on the film). From the eerie ambiance as Rose traipses through the town to the melancholic piano theme of Alessa (Promise, from Silent Hill 2), it seamlessly incorporates the soundtrack in an effective, cinematic way that stays true to the games and appeals to non-gamers as well. 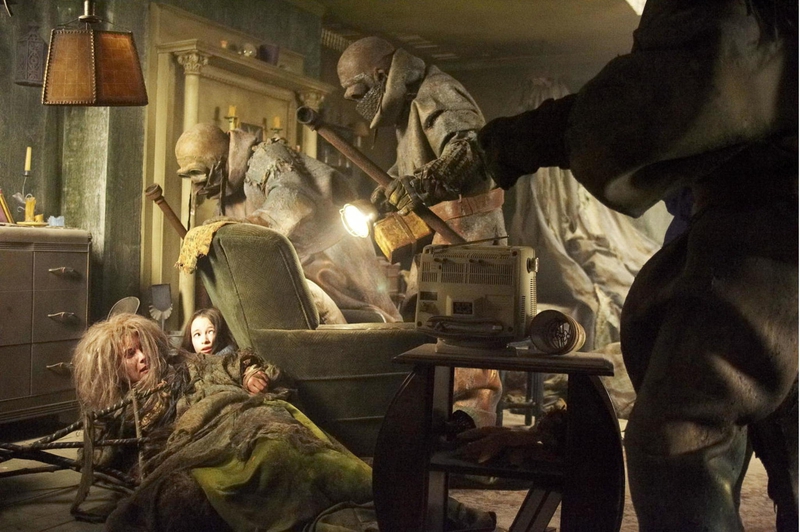 The same can be said for how well the film embraces the series' horror roots. While an original plot, it still explores the dangers of religious fanaticism and how trauma can manifest into physical demons in similar ways to the games. Christabella's obsessive claim to divine right drives her to murder innocent people in the name of a higher power, which is an effective substitute for the video game's religious cult, The Order. She's a more relatable stand-in for folks who aren't familiar with the lore of Silent Hill–as someone who grew up with a strained relationship to the Catholic church, the way that Christabella wields her faith feels more tangible to the way religion is often used as a scapegoat for hatred and fear-mongering in real-life, without having to more deeply delve into the game's cosmic horror. So while neither Dahlia Gillespie nor Claudia Wolf makes appearances in the film, the terror of their tunnel-vision faith is still vicariously brought forth by Christabella.

Instead of trying to incorporate the combat element of the games into the film (which, let's be honest, isn't the series' strong suit), the film chooses to highlight the grotesque power of Silent Hill's monstrous inhabitants. Can you imagine how quickly it'd pull you out of the film if half of it were Rose picking up a metal pipe and beating down each minor enemy she encountered? I applaud it for having Rose opt more for flight over fight. As a result, we get the iconic scene of Rose maneuvering past the demonic nurses Mission Impossible-style. The film sacrifices action and combat for tension, and not only did it pay off, but it still holds up as viscerally spine-tingling today. 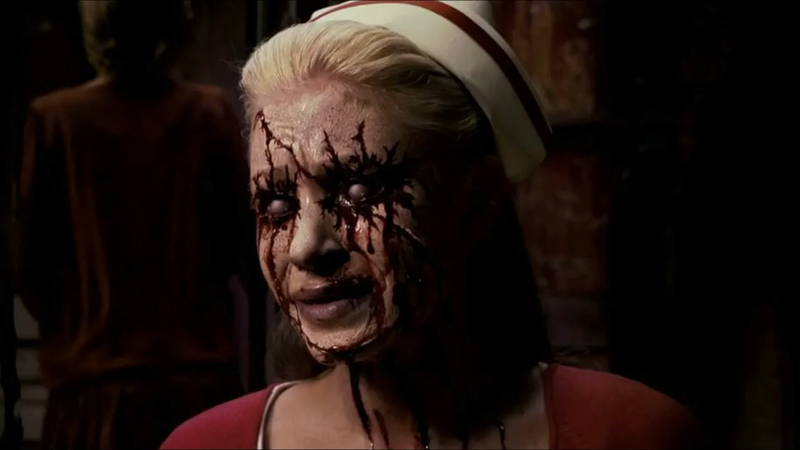 The film's iteration of Silent Hill is the remnants of an abandoned coal mining town in West Virginia, which doesn't hold the same alluring mystery of the game's town in Maine, but it still understands how to emulate the cold, empty ghost town element so vital to the series. The tilted-angle shots of Rose being swallowed up by the fog throughout the film give me the exact same feeling of playing the original Silent Hill, turning corners as Harry Mason, unsure of what's lurking in the haze. As someone who was initially exposed to the series through its video games and holds them dear to my heart, it excites me to know that the film can impart the same feeling I get from the games to people who may otherwise never play. The exterior is different, but the essence of the town is there. That's what an effective game adaptation should be. 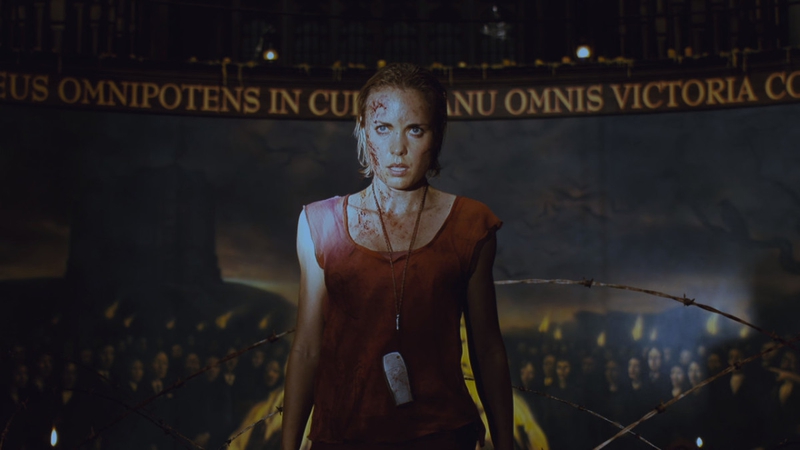 I don't think Silent Hill will ever be dubbed a perfect film (admittedly, I'm not the biggest fan of its ending). But as time goes on and the catalog of video adaptations grows, people will question what exactly they want out of adaptations. Silent Hill will be viewed as an adaptation ahead of its time. Video games have become naturally cinematic on their own–games like Until Dawn can bring the exact likeness of real-life actors into their worlds now. It's becoming harder to say, "I want a film adaptation that's exactly like the game," because now games often play out like movies in themselves. Audiences aren't going to want to put down the controller and put on a film to watch exactly what they just played. So I look forward to the foggy day years down the line when Silent Hill receives its rightful accolades of being a damn good horror movie and an even better adaptation. If not the best.