Francis Lawrence Wants CONSTANTINE 2 To Deliver On Its R-Rating

Get ready for a more cynical, more violent CONSTANTINE movie. 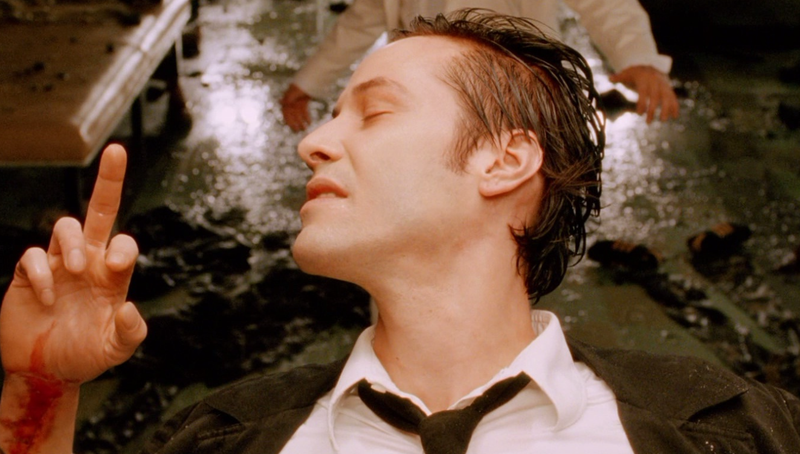 In a new interview with The Wrap, director Francis Lawrence says he's aiming for a hard-R rating on his recently-announced Constantine sequel (which, yes, will be bringing back Keanu Reeves as the titular detective of the dark arts), as he's been regretting the punches pulled by the original ever since it was released.

“The idea is this time, at least for me, is to really go at it and make a real R-rated Constantine which is, I think, what people always wanted originally, not the PG-13 version that just happens to get an R."

“I think John Constantine is a funny character in a darkly comic kind of way and I would want to definitely add more of that sarcastic, cynical sense of humor to the story."

So, a darker, scarier, more violent, snarkier Constantine movie? Yeah, we can get behind that. We can especially get behind it during an era where Troma vet James Gunn is overseeing the DC slate for the foreseeable future. Here's hoping that screenwriter Akiva Goldsman can work Lawrence's complete wishlist into the shooting script!

Nothing further to report on Constantine 2 at this time, but every time we hear about it we get more and more excited. Stay tuned for further breathless updates as they roll in. Oh, and in the meantime? Maybe rewatch the original Constantine, if you've not done that in a while. Holds up a lot better than you might think!