CONSTANTINE Sequel Officially In The Works With Keanu Reeves Returning

In a surprise move, Warner Bros. is making a sequel to CONSTANTINE with the team behind the 2005 feature all returning. 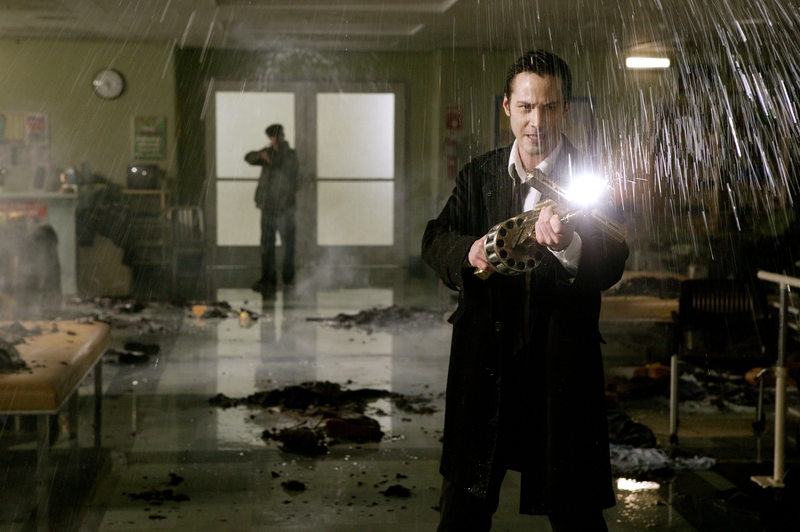 Care to finish out the week with some really unexpected news? As reported by Deadline, Warner Bros. is making a sequel to 2005's Constantine. Yes, that Constantine! The one based on the DC Comics character of the same name that starred Keanu Reeves and Rachel Weisz. But don't call it a reboot, as the big news here is that Reeves is returning to star, with the rest of the key players behind the camera returning as well, making this a proper follow-up.

Francis Lawrence is returning to the director's chair, with Akiva Goldsman penning the script. No plot details have surfaced just yet but the film is getting some more A-list talent as J.J. Abrams and Hannah Minghella are producing the sequel. Goldsman will also produce, in addition to writing the screenplay. This comes as a pretty major surprise as Constantine was not exactly a hit in its day. The DC Comics adaptation grossed $230 million worldwide against a reported $100 million budget. But Reeves' star power has endured - if not grown - in the last 17 years, not to mention the proliferation of superhero cinema in that time. So maybe, just maybe, a legacy sequel makes some sense. For those who might need a refresher, here's a synopsis for the original:

"Just beneath the streets of modern-day Los Angeles lies a world of demons ... and angels. Globetrotting misfit and renegade occultist John Constantine (Keanu Reeves), a man who has literally been to hell and back, enters this world to help a skeptical policewoman investigate the mysterious suicide of her twin sister."

This appears as though it is going to be cut from a similar cloth as movies like Ghostbusters: Afterlife, 2018's Halloween, or Netflix's Texas Chainsaw Massacre. It will be a sequel, taking place years later, within the same continuity that preceded it. While the news was only just made official, Lawrence and Co. have been talking about it for a while. Speaking to Slash Film in 2020 for the 15th anniversary, Lawrence offered some ideas of what they might do with a sequel.

"We wanted to make a responsible, more R-rated movie. By responsible, I mean we'd make a movie that wouldn't cost quite as much as the original, which we thought was going to be PG-13. We worked on the sequel for a while. It was tricky to come up with where to take it. What I really liked about the first one was it was a really personal story, so I thought it'd be a mistake to get caught up in the supernatural gobblygook. The idea of a personal story was really interesting, and that was the hard thing to come across. We have been talking about it recently. It's always stuck with all of us because we all love the movie, and especially realizing there's a real cult following for this movie, it'd be fun to make."

So, are they going to go the R-rated route this time? At the very least, it sounds like they are going to try to keep this from becoming another big-budget affair, which may be the way to go. Who knows? Maybe that means we get more demons and hellfire this time around. Maybe it's more straight-up horror with a comic book sensibility. At the very least, it's happening, and we should hopefully be learning more in the coming months.

The Constantine sequel does not currently have a release date set.