Fantastic Fest 2022 Is Going To Be Utterly Bonkers

BONES AND ALL! KIDS VS. ALIENS! THE KINGCAST! A million other fun things! 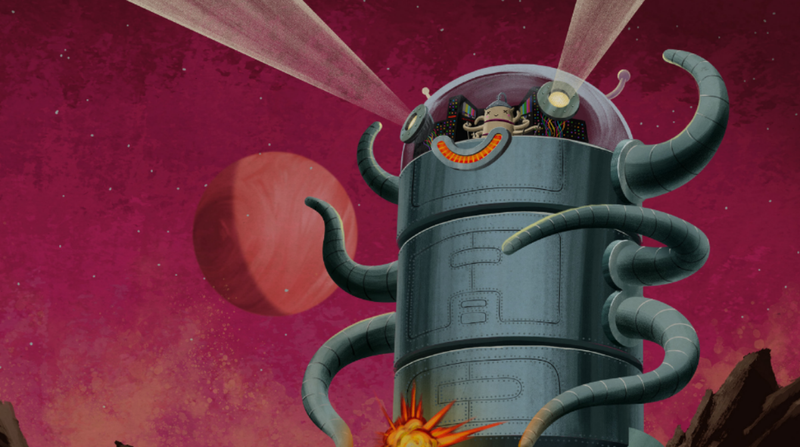 For those unfamiliar, Austin's own Fantastic Fest is one of the absolute best genre film festivals in the world, a week-long celebration of horror, sci-fi, crime movies, comedies, wild parties, inebriated karaoke, and the conspicuious consumption of queso. Lots and lots of queso. It therefore probably goes without saying that, yes, Fantastic Fest is one of our favorite film festivals, full stop.

This morning, Fantastic Fest announced its 2022 lineup, and we're excited to report that this year's crop of films (and events) looks very strong, indeed: Luca Guadagnino's Bones and All (with the director in attendance!), Jason Eisener's Kids vs. Aliens, Noah Segan's eagerly-anticipated Blood Relatives, Paramount's Smile, and dozens of others will screen as part of this year's programming lineup, alongside cocktail-serving robots, a live performance from Itchy-O (aka the greatest, most indescribable live act you might ever see), and an in-person recording of FANGORIA's THE KINGCAST (who'll also be hosting the world premiere of King on Screen, a brand-new Stephen King documentary). It's an embarrassment of riches!

Let's start with the press release, which does a great job of selling the madness headed our way this year:

AUSTIN, TX — August 16, 2022 — There’s only one place where you’ll find killer teddy bears, man-eating sharks, elderly zombies, cocktail-serving robots, and Park Chan-wook … all under one roof. That’s right, world-famous genre festival Fantastic Fest is back for its seventeenth edition featuring 21 World Premieres, 14 North American Premieres, and 21 U.S Premieres. The festival will once again take over the Alamo Drafthouse South Lamar in Austin, TX from September 22nd - 29th and on the web via a virtual [email protected] experience from September 29th - October 4th.

“It’s been far too long since we’ve all been able to gather together and celebrate film the Fantastic Fest way,” says Festival Director Lisa Dreyer. “We’ve really put our all into crafting an extraordinary week, from the exceptional programming that spans exciting discoveries to highly-anticipated features, to our signature events that will inject a much-needed dose of fun into 2022.”

Badges are available now at FantasticFest.com.

The opening night film for Fantastic Fest 2022 is the world premiere of Paramount Pictures’ SMILE, the intensely creepy debut feature from Parker Finn that'll have even the seasoned FF crowd gripping their armrests in genuine fright.

This year’s edition of Fantastic Fest will also honor a legendary genre filmmaker and show his latest masterpiece. Park Chan-wook, the South Korean director of OLDBOY, SNOWPIERCER, and THE HANDMAIDEN has been defining (and defying) genre films for decades, and his latest work – MUBI’s DECISION TO LEAVE – is a stunning achievement. In conjunction with the U.S. Premiere of his new film, Park Chan-wook will be present at Alamo Drafthouse South Lamar to accept a lifetime achievement award from Fantastic Fest in celebration of his mind-bending, artfully-crafted body of work.

The closing night film at Fantastic Fest 2022 will be director Ruben Östlund’s Palme d’Or-winning pitch black comedy from Neon, TRIANGLE OF SADNESS. The latest Drafthouse Recommends selection, TRIANGLE OF SADNESS is an outrageously funny and audacious social satire, with a second act that could have been engineered in a lab specifically to delight Fantastic Fest audiences. It’s a joyful romp that’ll serve as a fitting capper to the fest, and the perfect segue to closing night festivities.

Other major studio films include two Searchlight films perfectly tuned to the Fantastic Fest palate – the U.S. Premiere of THE MENU, a sharp satire about a destination-dining experience with unexpected surprises, and the U.S. Premiere of director Martin McDonagh’s THE BANSHEES OF INISHERIN, chronicling the dissolution of a friendship that escalates with shocking consequences.

Other World Premieres include:

Dark Side of the Ring co-creator Jason Eisener’s KIDS VS. ALIENS, which sees a group of friends face off against evil space invaders, from IFC.

"Fantastic Fest has always been the purest expression of Alamo Drafthouse Cinema’s founding principle: share the joy of cinema with people you love,” says Fantastic Fest founder Tim League. “I am beyond proud of the team for forging one of, if not the all-time best, Fantastic Fest experiences ever. This is my favorite week of the year, and I cannot wait to share it with all of you.”

This is just the tip of the iceberg, folks. A grand total of 85 titles (including features, shorts, and episodes) will screen as part of this year's Fest, in addition to multiple parties, a total of four live podcast recordings, and -- for those who can't make it -- the option to participate in some of this year's screenings via the [email protected] option (basically: online Fantastic Fest). You'll want to head on over to the Fantastic Fest website not only to read through all of the available screenings and events, but also to snag your very own badge to attend! You ... wouldn't wanna miss out on all this, wouldja?