EVIL DEAD RISE May Get A Theatrical Release After All

According to Bruce Campbell, EVIL DEAD RISE test screenings have gone so well that a theatrical release may now be on the table. 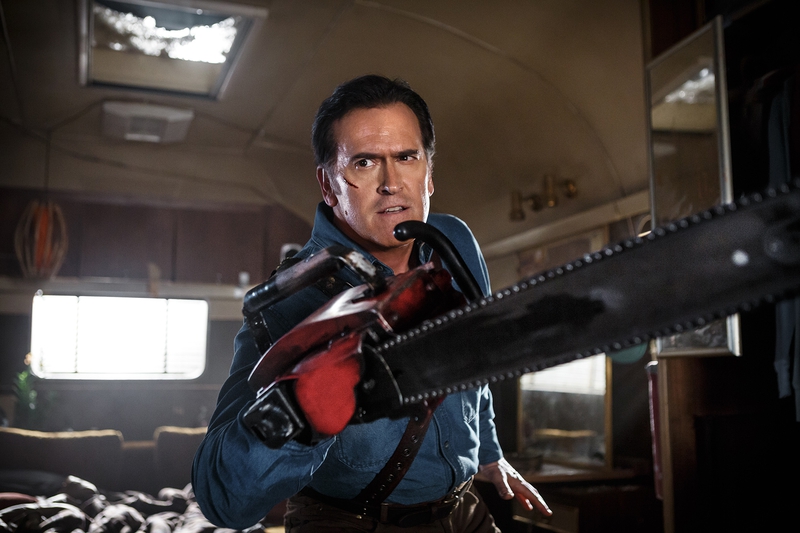 What's that? A possible theatrical release?!

Today brings with it a potentially very nice surprise for horror fans, particularly those who are looking forward to the next Evil Dead film. Bruce Campbell, Sam Raimi, and Rob Tapert have been hard at work on Evil Dead Rise, which has wrapped filming and was directed by Lee Cronin (The Hole in the Ground). It appears that Cronin delivered the goods, so much so that Warner Bros. Discovery may be looking to pivot from a strictly streaming release on HBO Max to a theatrical release this fall.

Campbell was on hand at San Diego Comic-Con over the weekend and spoke to Comic Book Resources about the film. Per the man behind Ash Williams himself, recent test screenings have gone quite well, which may mean we will see this movie in theaters later this year.

"We just had a preview that went... That was very high ratings. They were potentially going to stream it on HBO Max, but it might go theatrical. Maybe in the fall."

This is, on the whole, not that hard to believe. For one, we have not had a bad movie in this franchise to date, not to mention Ash vs. Evil Dead. Aside from that, the recent merger between WarnerMedia and Discovery led to the appointment of David Zaslav as the CEO of the new company. He is a business savvy man and has been changing things regarding the company's streaming strategy. For example, a Wonder Twins film was canceled because it was being produced for a reported $70 million and was going to go directly to HBO Max. Zaslav feels that, at a certain budget level, theatrical releases make more sense. He is about maximizing profit. If they do indeed believe they have a good movie on their hands, why not capitalize at the box office?

Now, we shouldn't get our hopes up too high just yet. This is not a done deal, but, if nothing else, Campbell's comments lead us to believe we're in for something good later this year, be it from the comfort of home or on the big screen. The synopsis for Evil Dead Rise reads as follows:

"In the fifth Evil Dead film, a road-weary Beth pays an overdue visit to her older sister Ellie, who is raising three kids on her own in a cramped L.A apartment. The sisters' reunion is cut short by the discovery of a mysterious book deep in the bowels of Ellie's building, giving rise to flesh-possessing demons, and thrusting Beth into a primal battle for survival as she is faced with the most nightmarish version of motherhood imaginable."

Alyssa Sutherland (Vikings), Lily Sullivan (Picnic at Hanging Rock), Gabrielle Echols (Reminiscence), Morgan Davies (The End) and Nell Fisher (Splendid Isolation) star in the film. And fear not, as it has already been confirmed that the movie is rated R.

Evil Dead Rise is set to arrive later this year. Will it be on HBO Max or in theaters? We shall see!