And Now, An Intimate Conversation With Josh Ruben

In which the director of SCARE ME and WEREWOLVES WITHIN goes Into The Void. 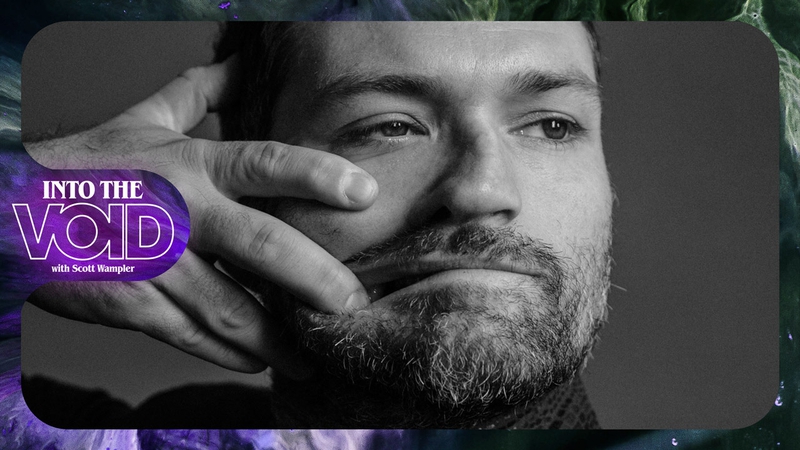 If you’re reading this, it seems all but certain that you’re familiar with the work of writer/director/actor Josh Ruben, whose devilishly entertaining Werewolves Within proved a massive hit among the horror community last year … and whose Scare Me became destination viewing on Shudder the year before. That one-two punch has made Ruben, a CollegeHumor alum whose films showcase a preternatural talent for juggling laughs with scares, one of our favorite working filmmakers – a triple-threat with his finger on the pulse and the singing voice of an angel.

Below, in a highly exclusive and profoundly worthwhile interview, we talk to Ruben about his hopes, his dreams, the perils of Hollywood, and what comes next. 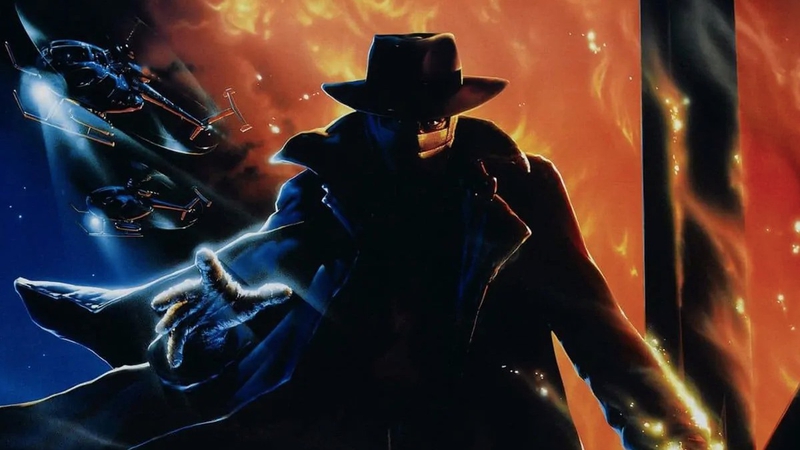 THE VOID: You have, for as long as I’ve known you, always been very upfront about the fact that you are a filmmaker possessed by an insatiable urge to make a new Darkman movie. You have definitely made no secret of this.

Josh Ruben (director; star of Glamour Magazine’s “47 Iconic Romantic Movie Lines in ONE Monologue”): Correct, and I’m here to tell you my plan is to sell a thrilling superhero horror movie with heart to Universal Pictures, and hoodwink them all – remaking Bergman Island, but with Neeson returning as Westlake and McDormand back as Julie Hastings. It’ll be positively career-ruining.

OK, but now I’m seeing Liam Neeson out here making the interview rounds, talking about having interest in reading the script for a new Darkman and whatnot. Do you think it’s possible the planets are aligning, or is this just Liam Neeson ruthlessly trolling you for reasons unknown?

That immensely talented giant is a force to be reckoned with when it comes to practical jokes. He’s trying to get me back for the time I walked up to him at the Golden Globes and – in a squeaky, butchered Bryan Mills impression – said: “I want you to listen very carefully. I have a very specific set of SPILLS” and proceeded to pour grape juice on his pants.

That’s a bold move given Neeson’s size and considerable talents for martial arts, grappling, and the like. There wasn’t a single part of you that was concerned about being pummelled? I once saw him put a guy from Collider in the hospital for blinking at him in a manner Neeson considered “smug.”

Oh, yeah, I don’t want to say something uncouth, but no one’s gonna read this. Most people think I’m knock-kneed, but no – I was born bowlegged.

Not entirely sure I follow all of this but–

It’s all Liam, dude. But I don’t hold it against him. The grape juice thing was my version of playground flirting. It just went … I dunno, a little askew. 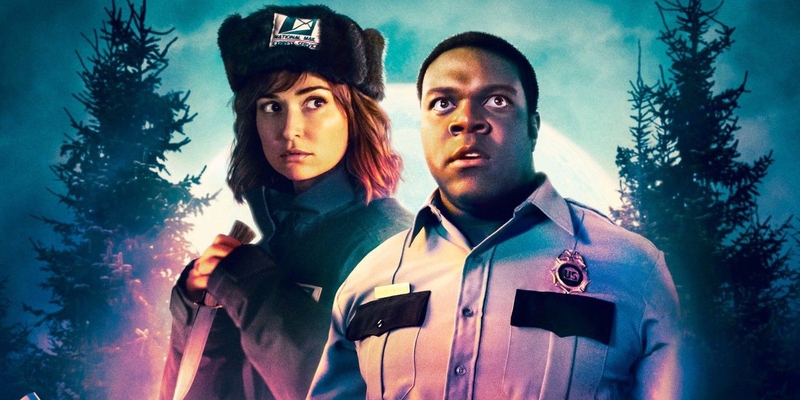 I would like to abruptly change subjects now. Your last film, Werewolves Within, was a smash hit with the horror community, the lycanthrope enthusiasts, and the sort of people who enjoy writing SEO-driven listicles about the best video game adaptations ever made.

Meanwhile, a friend of mine recently urged me toward a novel which is apparently werewolf erotica, and I am going to read it. Therefore, I am curious how much werewolf erotica you read before helming Werewolves Within?

Several titles. The first one was R. Cargert Robill’s Howlch (basically “howl” and “ouch,” but a sexual one); the second was three volumes from nine Hairy Styles werewolf-erotica fan fiction comics, from the same colorist-illustrator team behind The Adventures of Rin Tit Tit. Also, Steven Korng’s Fill Moon: Cycle Ungh the Werewolf and like four more, but I can’t remember because I’m retired. I directed Werewolves Within, the best-rated video game movie of all time.

While you were talking, I just ran a Google search on all of these titles and none of them exist. Care to comment?

Oh, no, you were right. There they are. I’ll loop back around to these at a more professional time. Until then: you seen any good horror stuff recently that you might wanna recommend?

I saw two rippers at SXSW this year.

Yeah. For one, I fucking loved Halina Reijn’s Bodies Bodies Bodies. I knew Rachel Sennott was talented – she’s incredible in Shiva Baby -- but this one’s an absolute star-maker. It’s gory, it’s funny, it’s made by women, it’s my kinda shit.

And speaking of horror-comedy, Deadstream is the very definition of it. It’s so delightfully Raimi-esque. I debate begging Vanessa and Joseph Winter to cast me in an Evil Dead 2-ish follow-up often. My pitch is Deadstream 2: Stream By Dawn, essentially the exact same thing but with more monsters and gore and money, and I’ll do my own stunts, Bruce Campbell-style. I’m stoked it’s coming to Shudder. But if you’re looking for a show, I’m loving From with Harold Perrineau in all the ways. 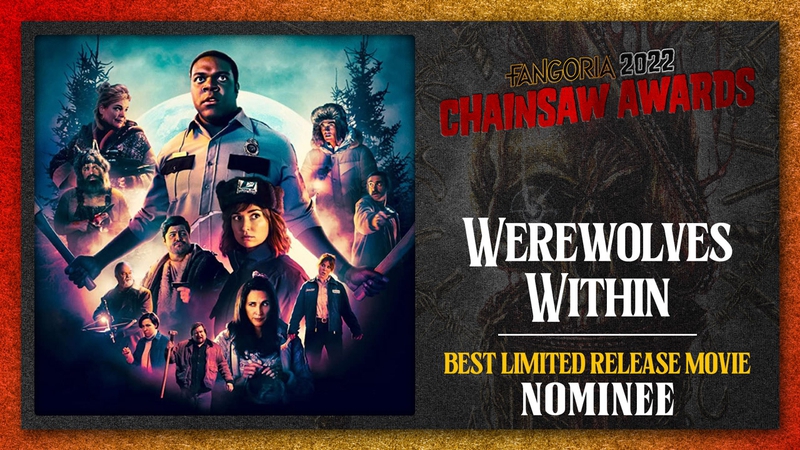 Says here that Werewolves Within is nominated at this year’s FANGORIA Chainsaw Awards, a ceremony in which you yourself will be appearing as a presenter. Seems like a massive conflict of interest, and one can’t help but wonder what other unethical things you might be capable of doing in order to secure yourself a win.

Let’s just say, you think ballots went uncounted in this past presidential election? Well, the horror community’s in for a wallop. Candidly, I did drop a resumé and some Scare Me DVDs in the Radio Silence guys’ car when they weren’t looking. Crossing my fingers for a cameo in one or more of their Scream installments or to be a PA on one or more of their Scream installments. That’s just what you do when you’re retired after directing the best-rated video game adaptation of all time.

It’s an off-broadway play I self-funded by cashing out my 401K from CollegeHumor. Which reminds me, you don’t have to be intimidated in the presence of someone with my talent caliber. I am the first director-writer-actor-producer-internet comedian you’ve ever interviewed, correct?

Well, I don’t see Leigh Whannell or Taika Waititi directing one of their little things after they’ve done a Jeff Bridges impression. Do you think they’re afraid of me? God, I hope so.

I do not think Taika or Leigh are frightened of you, per se, but I have heard that Tom Hooper (Cats, The King’s Speech) has a hit out on you. Don’t know what that’s all about and obviously cannot confirm it; that’s just what I’m hearing out in the streets.

Look, I don’t hold anything against Tom Hop (that’s what I call him), but all I’ll say is James Corden intercepted my Bustopher Jones audition tape like Breckin Myer in Road Trip. He went on to do a sequel to Peter Rabbit, and I’m here writing in my Costco pajamas. I refuse to be bitter, man, because it’s just like, that’s Hollywood. 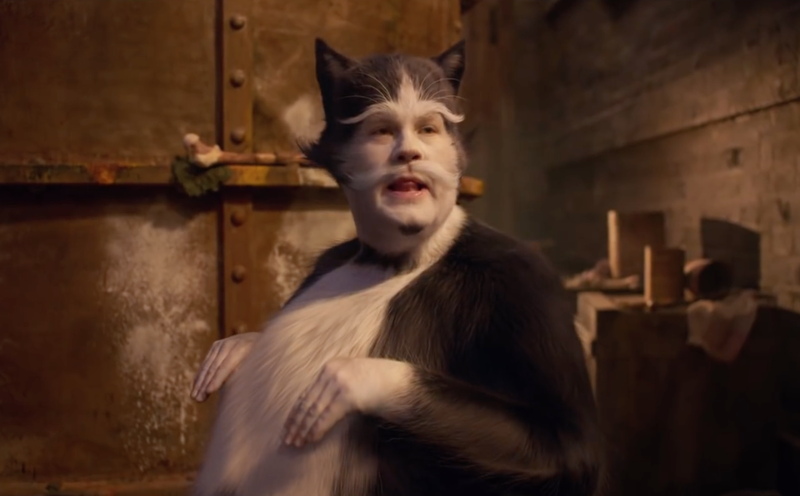 Let’s bring this thing in for a landing with a classic final interview question: What else you got in the hopper right now, beyond your ongoing campaign to secure the rights to Darkman?

I’m juggling a lot. Hell, some might say I have a “problem.” I just produced our buddy Noah Segan’s directorial debut, rewrote a slasher I’m dying to direct, wrote a vicious ‘lil thriller my fiance Lauren Sick is directing, knocked out a fifth draft of a Scare Me spin-off, and perhaps the most fun thing on my plate, co-writing something very funny, scary and kinda sweet with Freaky writer, Michael Kennedy. Monday I leave for Whittier, Alaska to act in a supernatural indie. Most pressing, though, I gotta figure out what the fuck to wear to the Tribeca premiere of A Wounded Fawn. Shout out to Travis Stevens for casting me as a charming serial killer. Wonder where he got that idea…