The FANGORIA CHAINSAW AWARDS Return to Shudder on Sunday, May 15 - Hosted by David Dastmalchian!

A blood-splattered evening with presenters Harvey Guillén (WHAT WE DO IN THE SHADOWS), Bryan Fuller (HANNIBAL), Rachel True (HORROR NOIRE) and many more! 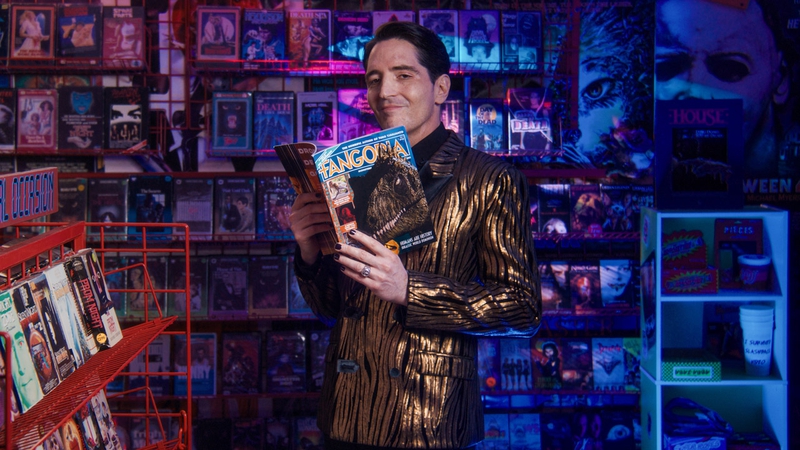 Alright, creeps... 'tis time! Well... almost time! We certainly hope you got those votes in because the FANGORIA Chainsaw Awards are coming to you Sunday, May 15th at 7pm ET, exclusively on Shudder! This year's festivities will be hosted by the one and only David Dastmalchian (The Suicide Squad, Dune) and David is bringing along some friends (and fiends) to celebrate some of our favorite horror accomplishments of the last year.

“Last year’s Chainsaw Awards were not only a highlight of the year in horror, but a testimony to the very spirit of the genre, as ingenuity and resourcefulness won out over the challenges of production during lockdown,” said our very own EIC Phil Nobile Jr. “We’ve upped the ante this year and added some new categories, and we’re excited for fans to tune in to once again celebrate an amazing year for horror and its fans.”

“Shudder is proud to once again join forces with FANGORIA to celebrate the best in horror, as voted on by the horror community itself,” said Shudder General Manager Craig Engler.

This year's ceremony will premiere Sunday, May 15 at 7pm ET on Shudder TV, Shudder’s in-app programming feed, with additional pre and post shows streaming via Fango’s social media accounts. The Awards will be made available on demand on Shudder across all platforms, partners and territories beginning Monday, May 16.

Since 1992, the Chainsaw Awards have honored top achievements in the horror genre, with past recipients including Wes Craven, George A. Romero, Lupita Nyong’o, Anthony Hopkins, and Elisabeth Moss. Tune in Sunday, May 15th at 7pm ET! We'll see you on Shudder.

The special is produced by Armen Aghaeian, produced and directed by Ama Lea, and written by Michael Varrati. Executive Producers are Tara Ansley, Abhi Goel, and Phil Nobile Jr.