"A Meditation On Human Evolution" CRIMES OF THE FUTURE Redband Trailer Is Here!

Cronenberg's latest is less than a month away from being devoured by our collective eyeballs. 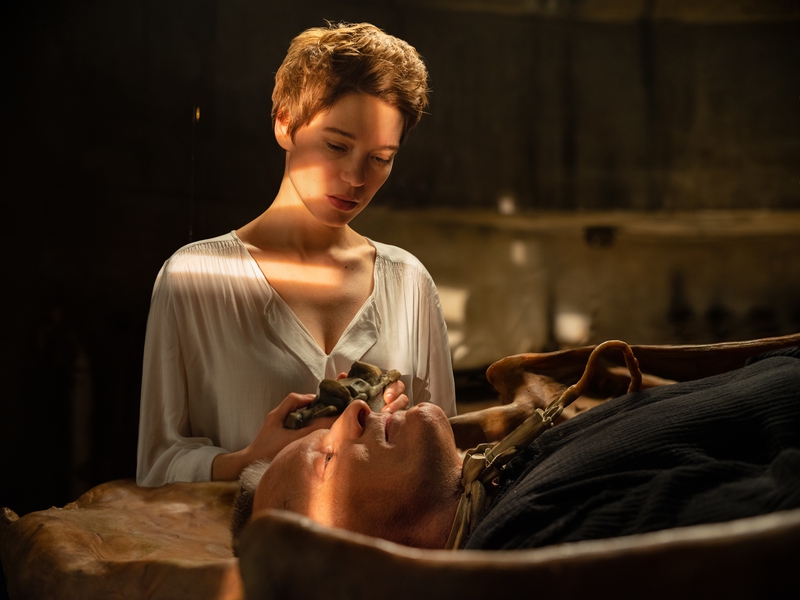 CRIMES OF THE FUTURE (2022) courtesy of NEON

Cronenberg's stuff is weirdly erotic, in a confusing sort of way. I'll unpack that privately later, but the brand new redband trailer for Crimes of the Future is overtly kinky. In a world where "Pain has all but disappeared" living is perhaps more dangerous than ever, and "surgery is sex." Which, if you've already watched either of the previously released trailers, makes total sense. Kristen Stewart was really enjoying that little ocular suction cup contraption as she poked around Viggo Mortensen's guts. Cronenberg calls Crimes of the Future "A meditation on human evolution," adding, "Specifically - the ways in which we have had to take control of the process because we have created such powerful environments that did not exist previously.

A movie over twenty years in the making, Cronenberg's script, originally written in 1999, is finally making its way into the world, and we are grateful for it. Cronenberg asks us to consider, "At this critical junction in human history, one wonders - can the human body evolve to solve problems we have created? Can the human body evolve a process to digest plastics and artificial materials not only as part of a solution to the climate crisis, but also, to grow, thrive, and survive?" Take a look at the official redbabd trailer below.

And here's the full synopsis:

In a not-so-distant future, humankind is learning to adapt to its synthetic surroundings. Their biological makeup changed, many humans have adapted to life with “Accelerated Evolution Syndrome” thanks partly to specialized equipment that aids in everything from eating to sleeping. Beloved performance artist Saul Tenser sleeps in a womb-like bed suspended in mid-air. The OrchidBed, as it’s called, comes complete with software to anticipate, and adjust his every bodily need. The machine even detects the growth of new organs, which Saul’s creative partner Caprice can observe and tattoo in his personal operating theatre.

Together, Saul and Caprice have turned the discovery and removal of these new body organs into performance art, via sold-out voyeuristic surgical shows using a sarcophagus-like machine where the surgeries take place. These human evolutionary changes do not receive universal positivity. Before long, a new secret government entity is established -the National Organ Registry, led by bureaucratsWippet and Timlin -to discreetly track new organ growths, with particular enthusiasm for Saul’s artistic anomalies. With increased scrutiny on the syndrome and therefore his art, Saul is forced to consider what would be his most shocking performance of all.