The king of body horror is back, and in fine — and ever-evolving — form. 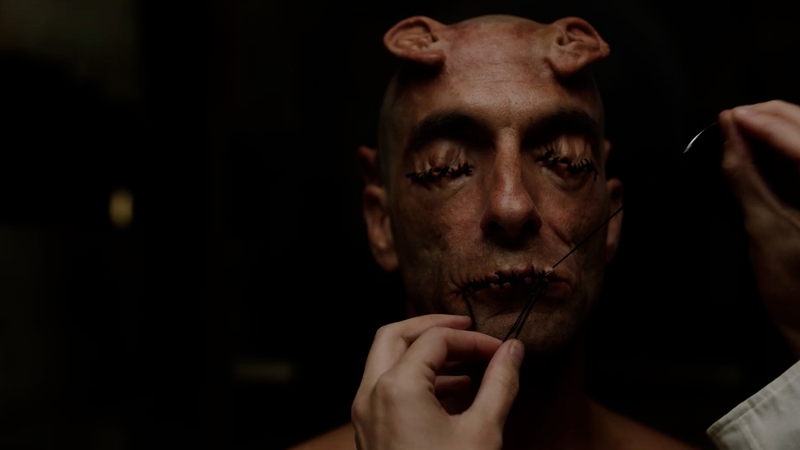 New Cronenberg? This guy is all ears.

We’ve been waiting for this one. Ahead of its Cannes premiere come TWO trailers for David Cronenberg’s Crimes of the Future, and unlike so many of these domestic/international trailer situations, both are essential viewing.

And here’s the French trailer, dropped by Metropolitan Pictures:

The first trailer is pure hype-making bliss, with striking visuals and some dialogue that’s about to get meme'd into oblivion. The French trailer has a great beat and you can dance to it. It also teases more plot than the domestic trailer. I declare this a tie!

The plot, if you're just joining us:

"As the human species adapts to a synthetic environment, the body undergoes new transformations and mutations. With his partner Caprice (Léa Seydoux), Saul Tenser (Viggo Mortensen), celebrity performance artist, publicly showcases the metamorphosis of his organs in avant-garde performances. Timlin (Kristen Stewart), an investigator from the National Organ Registry, obsessively tracks their movements, which is when a mysterious group is revealed… Their mission – to use Saul’s notoriety to shed light on the next phase of human evolution."

Crimes of the Future , which also stars Scott Speedman, Welket Bungué, Don McKellar and Lihi Kornowski, is coming to the States in June; the French trailer claims a May 25th release date over there.