Put down the headphones and take the record off the turntable because a straight-up murderer’s row of heavy metal talent is set to cross the veil from your favorite albums to their horror movie debuts. Ivan Moody and Zoltan Bathory, vocalist and guitarist of award-winning band Five Finger Death Punch, and Jacoby Shaddix, vocalist of Papa Roach, are set to make appearances in The Retaliators to be released by Better Noise Music on September 14th. Here’s the official synopsis:

An upstanding pastor uncovers a dark and twisted underworld as he searches for answers surrounding his daughter’s brutal murder. A high-octane original soundtrack and cameos from some of the biggest names in rock music set the tone as this horror-thriller reveals a game of revenge played using a new set of rules. 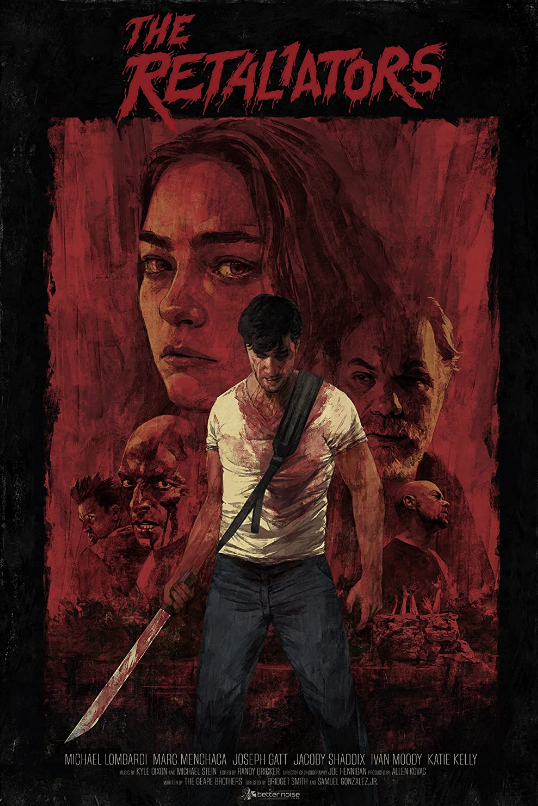 Moody plays Vic Kady, who’s being described as “the VP of a gun-running motorcycle club who will stop at nothing to find his missing brother, Ram.” Moody is the vocalist of Five Finger Death Punch, formed in 2005, who have since gone on to record 4x Platinum and 6x Gold records, making them one of the most successful metal bands of the modern era.

Jacoby Shaddix’s character is Quinn Brady, who’s being described as “a despicable convict who gets released from prison and goes after the cop who took him down. This sets off a chain of events.” Shaddix is the vocalist of long-time band Papa Roach. Formed in 1993, the band released their 3x Platinum album Infest in 2000, which featured their hit song “Last Resort.” He is also most notable for hosting the cult show Scarred, which aired on MTV in the mid 2000s.

The Retaliators is also notable for featuring footage from Five Finger Death Punch’s 2021 music video for “Darkness Settles In." One minute alone to wreak vengeance on a murderer. Check out the official trailer below!