Hitting the ground (eventually) in Austin, our EIC reports on his findings at this year's essential genre fest. 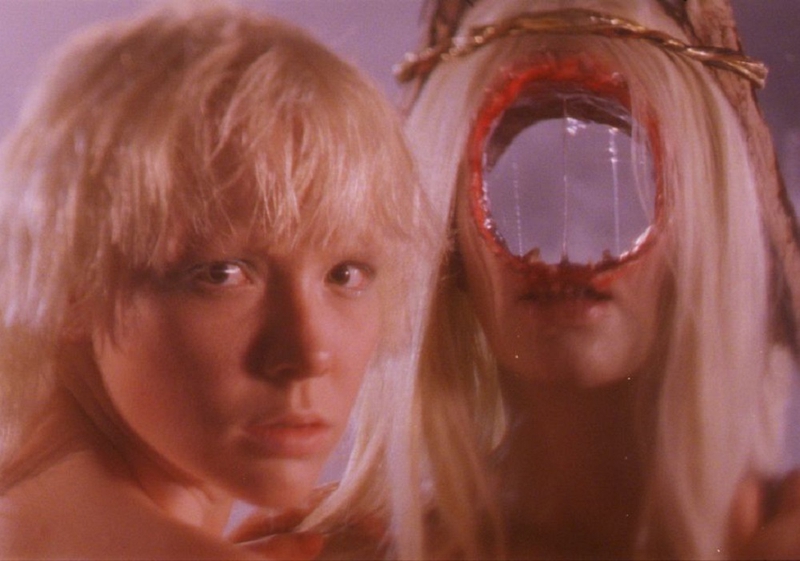 Paula Luna and friend in AFTER BLUE.

Did you know there’s a legal limit to how long a plane full of passengers can sit on the tarmac before the airline is required to return to the gate and have all the passengers exit the plane? Yesterday I learned there is indeed a legal limit, and that limit is three hours. That’s why, three hours after boarding my flight to Austin for Fantastic Fest, and sitting on the runway waiting for the weather to improve, I deplaned and ate a chicken sandwich with a side of sadness, stewing in the knowledge that I was going to miss the fest’s opening night film, Titane.

It was fine. Though I was sad to miss the Q&A with director Julia Ducournau, I had in fact seen the film a month ago at a very small press screening in New York, after which the 81-year-old critic across from me stood up and said “well, she’s got a very promising career in television commercials.” Suffice to say I liked the film a good deal more than she did - Titane is the wildest ride to get a wide release this year, a film that hops genres while maybe inventing its own, and rooting the most deliriously indulgent plot in emotions that are never anything less than completely relatable. This isn’t a review, and writer Lisa Dreyer has covered the details of the film better than I could in issue 13 of FANGORIA, so I’m content to call it the most “celebrated director’s second feature” of all time and count the days until I can see it again.

Anyway, an hour after my sad chicken sandwich, once back on the plane (full of, I have to say, the most chill, roll-with-it crowd of passengers I’ve ever seen, shout out to Philly) and in the air, things seemed to move much more quickly. I was soon in Austin, checking into my Airbnb and heading to the fest to get my tickets, show my proof of vaccination, eat some rice noodles, apologize to Fango dot com editor Angel Melanson for leaving her to find her own ride at the airport, and vicariously enjoy the Titane reactions as the crowd left that theater. Turns out the Q&A was apparently rad as hell; maybe someone filmed it. (/self-pity) 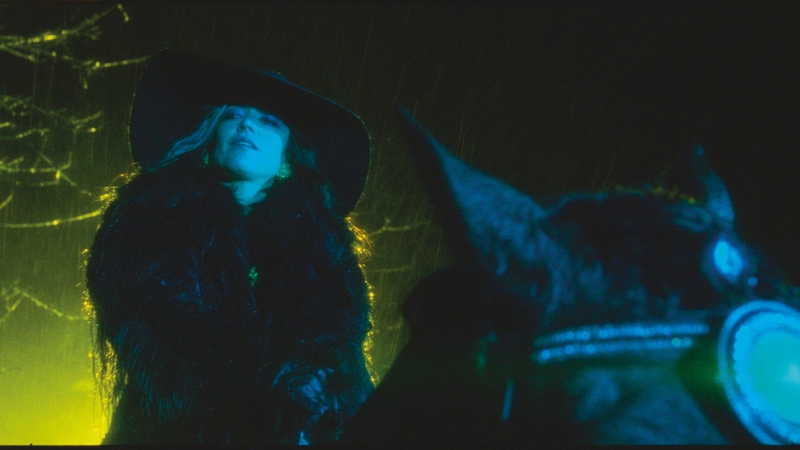 So my actual first Fantastic Fest film ended up After Blue (aka Dirty Paradise) by Bertrand Mandico. Part El Topo, part The Bitter Tears of Petra von Kant, part lost ‘80s De Laurentiis sci-fi epic, After Blue is a futuristic western that takes place on a new planet populated solely by women refugees from Earth. After freeing a notorious killer named Kate Bush, a young girl named Roxy (Paula Luna) and her hairdresser mother Zora (Nadja’s Elina Löwensohn) are ordered to track down Kate Bush (Agata Buzek) and kill her. They traverse an utterly alien (and entirely practical, shot-on-film) landscape, encountering characters hostile, friendly and artificial as they search for Kate Bush (who, by the way, is always referred to as Kate Bush - not just “Kate” or “Bush” - always Kate Bush). Though the 130-minute running time was working against the day I’d just had, I was nonetheless transported. Mandico’s world-building, down to the Cronenbergian biological quirks (is hair phobia a thing? Consider yourself warned), brand-name designer firearms, and living cigarettes, is total. The film must have really done a number on folks who’d just walked out of Titane.

As I told someone a week ago, the best Fantastic Fest experiences are when you walk into something cold: no biases, no preconceived notions, and you receive something you couldn’t possibly have imagined. After Blue was exactly that, and bodes well for this week’s festival. I would maybe opt to watch it a little earlier in the day, or at least not immediately following nine hours of travel; on the other hand, perhaps my day lent itself to the immersive, hallucinatory experience.