WHERE WOLF Chapter Nine: Proof's In The Pudding

The next installment, plus your chance to be IN WHERE WOLF before the series finale. 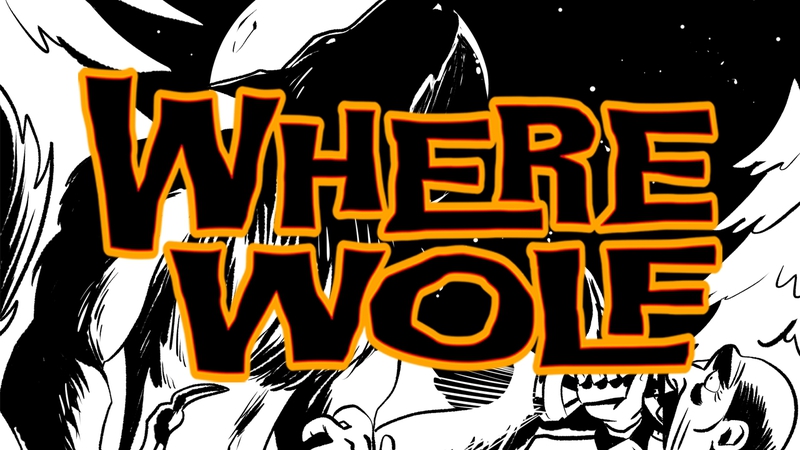 Read a new chapter of this horror-comedy webcomic by Rob Saucedo, Debora Lancianese, and Jack Morelli every Wednesday exclusively at FANGORIA.com.

Larry Chaney is a reporter without a clue in a city with a serial killer problem. Sophia Ploog is a cryptid-loving college student convinced the dead bodies popping up in Wolf Pen Creek are the work of a lycanthrope. Together, the two must infiltrate a furry convention in conservative small-town Texas in order to protect the attendees from a monster with mauling on its mind. Catch up on the first eight chapters of Where Wolf here.

Now, in Chapter Nine, Larry is in jail. Sophia is dead. The werewolf is still out there. Woof. This story wasn't going to remain a comedy forever.

There are only four more chapters of Where Wolf to go before the series concludes on Wednesday, September 28. To count down to the book's final chapters, the creators are hosting a contest and one lucky reader could become a character in the sequel. Help spread the word about Where Wolf by sharing the comic. Take to Facebook, Twitter, Instagram or the social media platform of your choice and tell folks why they should be reading Where Wolf. Take a screenshot of the post and email it to [email protected] One entry will be chosen at random to become a character in Where Wolf 2. If your post is chosen, you'll have the choice of having your name and/or image included in the next installment of Where Wolf.

I just want to tell you good luck. We're all counting on you.