The Bermuda Triangle, Atlantis, sharks, and humanoids. Our money is still on Prince. 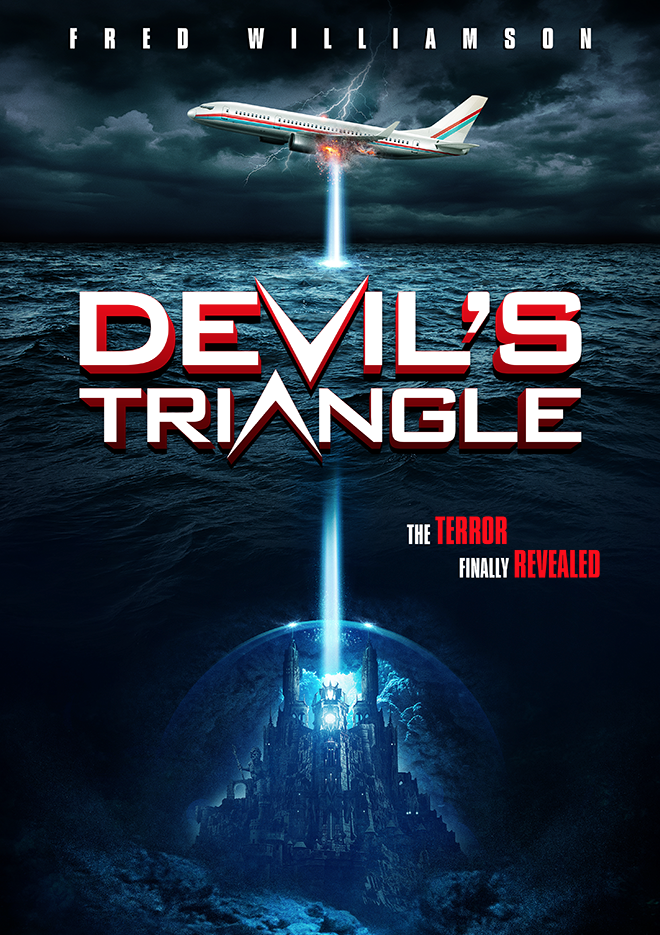 Director Brendan Petrizzo describes his new film Devil's Triangle as "a return to the 42nd Street Grindhouse days with more sharks.... and monsters." When you watch this clip, we think you'll understand exactly what he's talking about. It's a mashup of many elements, which Petrizzo was most excited about, "As a director, I love mixing things around and creating new worlds and this film has it all. For example, Devil's Triangle is a shark film and a monster movie, with an escape from Atlantis plotline, merged all into one. It’s something that Asylum has never really tackled before and I truly think the fans will eat this one up. We have a lot of crazy, innovative moments in this movie, such as Diana's iconic scene with the shark. All in all, it's a weird little movie with an amazing cast and crew and I'm very pleased with how it turned out."

This "weird little movie" teamed Petrizzo up with two genre favorites, Diana Prince and Fred Williamson (From Dusk Till Dawn). Here's what Petrizzo had to say about working with Williamson, "Working with Fred was a dream. He was immensely dedicated to the role and really gave his character, Pluto, life. As a massive fan of grindhouse and Italian film history, it was wonderful being able to work with one of the biggest, if not the biggest, 42nd street icons around." Here's the official synopsis:

When a group of marine biologists crash land in the Bermuda Triangle, they realize they have stumbled into the lost city of Atlantis. But they quickly discover the city isn't friendly, and its humanoid inhabitants are planning worldwide domination using the piles of weapons and technology that have fallen through the Triangle over the centuries.

Our favorite mail girl and frequent Fango fam contributor faces off against a gigantic Selachimorpha in the treacherous waters of Devil's Triangle. Petrizzo says, "Diana is so much fun to work with! As a modern-day scream queen and horror icon, she really knows how to exceed all expectations of what this job requires. She brings a lot of fun to a film set and is a real joy to have. I wanted to give her an iconic moment that fans would love and remember and I think we achieved that. I definitely want to create more crazy movie magic with her!" Check out the exclusive Diana Prince vs. Shark moment:

Devil's Triangle will have a limited one-week theatrical run November 26, 2021 and will be available digitally November 30, 2021. You can catch the movie on the big screen at the following theaters: