Getting Graphic: How UNTIL DAWN Predicted The Slasher Renaissance

In our new column, we examine the overlapping trends between horror cinema and gaming. 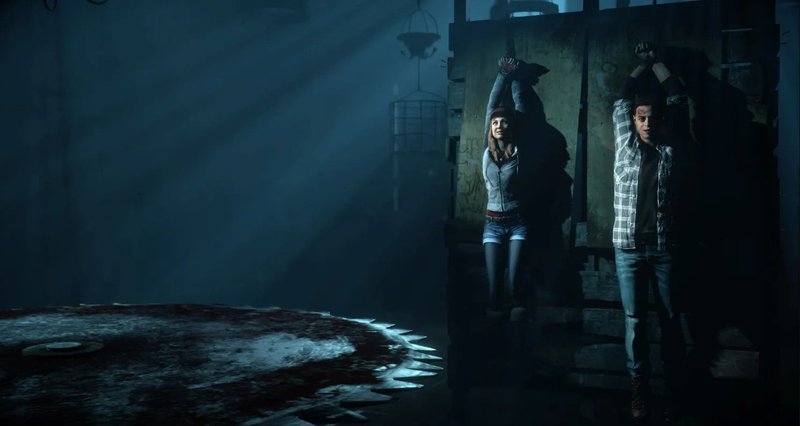 Video game developer Supermassive Games wasn’t a well-known name when it first dabbled in horror during the mid-2010s. When it announced Until Dawn, an interactive survival-horror title heavily inspired by slasher classics and written by horror film notables Graham Reznick and Larry Fessenden, it was a bit of a gamble – a somewhat undiscovered studio breaking into a genre with an original title among peers like Resident Evil and Silent Hill is no easy feat. Despite this, Until Dawn’s approach as essentially an interactive slasher movie landed with players – quickly becoming a cult classic in the horror gaming community since its 2015 release – and in the process, it has reflected the fact that genre fans have been itching for more slasher action in general.

“Slasher Renaissance” is a phrase popping up frequently lately to describe the growing resurgence of slasher films. With recent hits like Freaky and the Fear Street Trilogy, and more on the horizon like a new Scream, Halloween Kills, and the remake of Slumber Party Massacre, slashers have always been dominant in discussions related to horror, but especially right now. This isn’t to undercut slasher hits in slightly less recent years, like the great Tragedy Girls and Happy Death Day, but the recent uptick in slasher films has indicated that the genre is really sinking its teeth into an untapped desire for more. The positive reception to Until Dawn in the gaming space, and its standout among horror peers, has been signaling this trend since its success in 2015.

For those unfamiliar, Until Dawn follows a group of teenagers (voiced by familiar names like Rami Malek, Hayden Panettiere, Brett Dalton, Nichole Sakura and Jordan Fisher) that take a trip to a mountain lodge in the ghostly wilderness of Washington a year after a prank gone wrong led to the deaths of their two friends. As romance flourishes and tensions flare, they are hunted down by bloodthirsty forces in the woods, and it’s up to the player’s decisions to keep them alive. Other beloved voices from horror cinema are introduced, such as Peter Stormare as an eerie psychologist mining the players' worst fears, and a cameo from Fessenden himself.

Any fan of classic slasher films (myself included) will find glee in the abundant homages to titles like Scream, I Know What You Did Last Summer, Friday The 13th and more. Until Dawn is rife with slasher trope goodness, including brutal deaths involving grinding mills, over-the-top dialogue like, “Go suck an egg!” – and mysterious masked figures stalking the group from the shadows. It’s a landscape that previously hadn’t been explored in the video game space, and easily could’ve flopped for not neatly fitting into the clearcut binary of video game or movie – yet it became one of the most iconic titles of horror gaming in recent history. It was so successful that Supermassive Games continued the same formula of interactive slasher-horror in a spinoff series, The Dark Pictures Anthology, which is actively releasing new titles each year.

You may be wondering: how does this connect to film? To answer that question, it’s worth noting an important outlet of Until Dawn’s success: streaming. Despite being released six years ago, close to 50,000 hours of Until Dawn gameplay were watched on Twitch.tv within the past 7 days of this article being written, and it remains in the top 500 most streamed video games on the platform. Until Dawn’s enduring appeal proves that it isn’t just a fun video game, but that it has a strong cinematic aspect, as well. It’s fun to watch, especially while interacting with other people.

As a fan of horror video games and films alike, the blending of the two gets me so pumped. I see ways that each format finds different success in the genre, and I don’t think that they need to be mutually exclusive. In the same way that Until Dawn sought inspiration from slasher films, I believe films can take inspiration from games like Until Dawn – whether it’s through a level of interactivity, narrative structure, or even aesthetics. Personally, I love that Until Dawn leaves the fate of the characters in the players' hands and the choices that they make. I would be excited to see if future slasher films could somehow incorporate that feeling of being involved in the events that are taking place.

Until Dawn’s success as a slasher and its ability to stand out in the gaming sphere raises the question: what could slasher filmmakers learn to garner the same appeal and stand out in a similar way? Perhaps it’s indicative that slashers are more fun when they feel like a communal experience. An example could invite the audience to figure out the mystery and motives behind the killer on their own in a subversive way, without the film doing the work for them. The cast of Until Dawn is also very dynamic and multifaceted. While some characters subscribe to stereotypes more rigidly than others, they also act in many unpredictable ways. Could this reflect a new desired trend for less stereotypical characters in slasher films? These are just a few questions that can be generated by observing what makes Until Dawn effective as a video game and cinematic experience.

Whether or not you’re a gamer, the reach and prevalence of gaming are becoming undeniable (in fact, a recent Variety survey revealed that playing video games is the #1 entertainment activity favored by Gen Z). In the same way that Until Dawn was hinting at an incoming tsunami of slasher love, there could be loads of other horror trends that may soon creep into the film space that are lurking in popular horror games, waiting to pounce. If you’re a fan of slasher films and haven’t yet picked up a controller, now may be the time – your favorite slasher film may already exist as a video game.