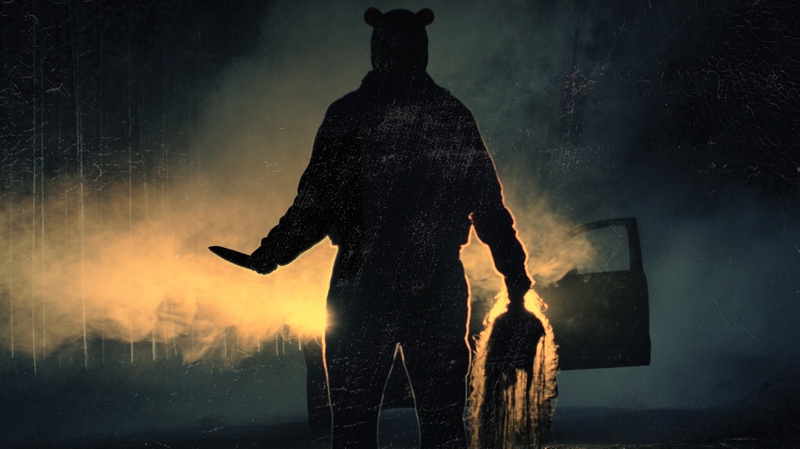 Pooh Bear and Piglet will be getting up to no good, aka killing some folks, on the big screen later this year in Winnie the Pooh: Blood and Honey. The low-budget slasher has set the internet on fire in recent months, largely because so many people associate these characters with Disney. You know, the cute and cuddly versions. But author A.A. Milne's works entered the public domain last year, and that means it's open season on Pooh. But what of his pal Tigger? Well, it turns out he won't be in the movie, and for good reason.

Speaking with SFX Magazine recently (via Slash Film), director Rhys Frake-Waterfield explained that they had to go to painstaking lengths to avoid treading on Disney's versions of the characters, which are still very much under copyright protection. That is why, as he explains, "Pooh [in this film] is a six-foot-two, half-man/half-bear hybrid who wears pants and has a long sleeve shirt." Very different from Disney's honey-eating bear.

"When we were coming up with this we knew that we would have to be really careful about what elements we used. We couldn't be influenced by the Disney version at all, so I consciously didn't watch anything by them. I went through the book and I purposefully tried to make our Pooh and Piglet as distinct as I could." 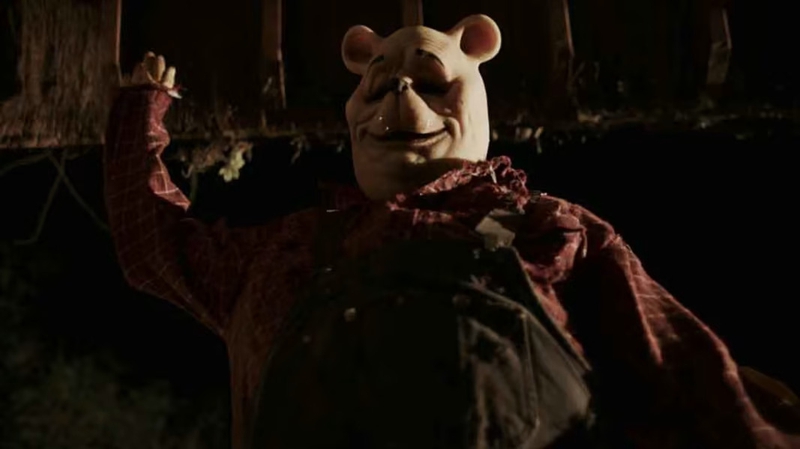 As for Tigger, specifically, he didn't appear until 1928's The House At Pooh Corner, so he is also still under copyright protection. "Tigger, for example, isn't in the public domain. So he wasn't allowed to be used in the story," Waterfield explained. So, unfortunately, we won't get to see a riff on the high-energy tiger carving up unsuspecting victims this time around. To give a better idea of what audiences will be treated to, here's a synopsis of the film:

"The days of adventures and merriment have come to an end, as Christopher Robin, now a young man, has left Winnie-The-Pooh and Piglet to fend for themselves. As time passes, feeling angry and abandoned, the two become feral. After getting a taste for blood, Winnie-The-Pooh and Piglet set off to find a new source of food. It's not long before their bloody rampage begins."

Amber Doig-Thorne, Maria Taylor and Danielle Scott star in the film, which hails from Jagged Edge Productions. Fathom Events has partnered with them on the theatrical release, which actually expanded recently due to popular demand. Will wonders never cease? And who knows, if this goes over well, there's always a chance we'll see a murder-happy Tigger in an eventual sequel after he joins his pals in the public domain.

Winnie the Pooh: Blood and Honey hits theaters on February 15.