WINNIE THE POOH: BLOOD AND HONEY Is Coming To A Theater Near You

Earlier this year, the internet was entirely taken by storm when news broke that A.A. Milne’s beloved creation Winnie the Pooh and his pal Piglet were getting the horror movie treatment in low-budget, slasher form. The early works of Milne recently entered the public domain, meaning that they are now available to anyone to do with as they please. So, director Rhys Frake-Waterfield capitalized on that in a pretty unique way. And, dear reader, you will be able to see Pooh bear doing murders on the big screen because the movie is getting a theatrical release.

According to The Hollywood Reporter, Fathom Events has teamed with Jagged Edge Productions and ITN Films, who are backing the film, to release Winnie the Pooh: Blood and Honey in theaters for one night only. But that’s not all! Altitude has acquired the U.K. rights, meaning it will be released there as well, with Mexico and Canada also getting in on the goods. So, this low-budget slasher will now be getting a wide release all across the globe. Will wonders never cease? 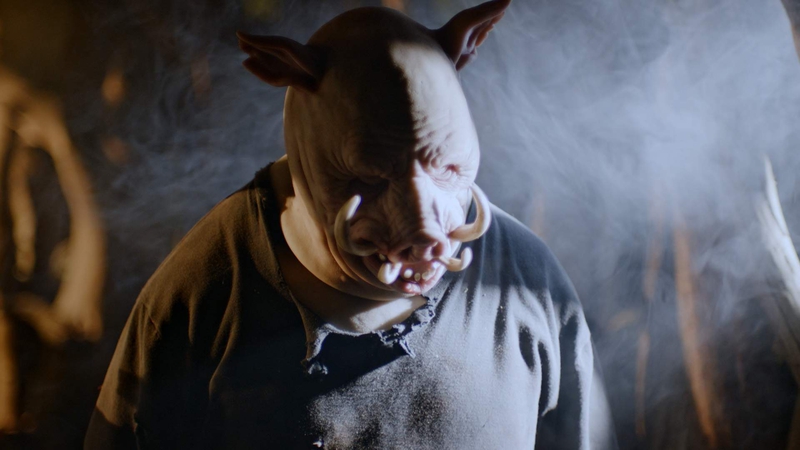 The trailer for the movie surfaced in August and only further helped to create feverish online conversation. That, in turn, paved the way for distributors to give it a chance. It also led to reshoots to presumably beef up the film, as well as a sequel that is already in development. As for the movie at hand? The official synopsis reads as follows:

“Christopher Robin is pulled away from them, and he’s not [given] them food, it’s made Pooh and Piglet’s life quite difficult. Because they’ve had to fend for themselves so much, they’ve essentially become feral. So they’ve gone back to their animal roots. They’re no longer tame: they’re like a vicious bear and pig who want to go around and try and find prey.”

Meanwhile, Drake-Waterfield is already planning to give murderous twists to other childhood icons available to the public, with Peter Pan: Neverland Nightmare also on the way. Whether or not these made-on-the-cheap flicks can deliver the goods remains to be seen because the filmmakers certainly never anticipated this sort of audience for these flicks.

Winnie the Pooh: Blood and Honey will hit theaters in the U.S. for one day only on February 15, 2023. You can get more information and tickets once they go on sale at FathomEvents.com.