AMC has announced yet another show set in THE WALKING DEAD universe, which will star Lauren Cohan’s Maggie and Jeffrey Dean Morgan’s Negan. 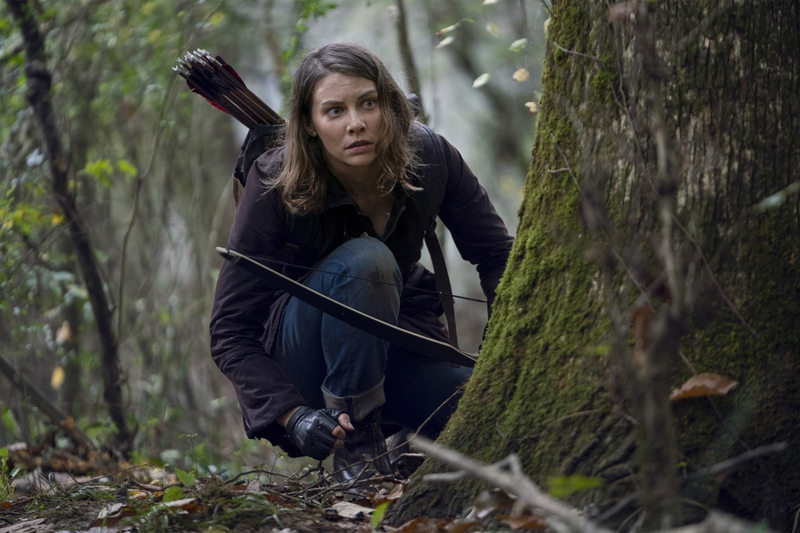 Keep a lookout for more ISLE OF THE DEAD news.

AMC is absolutely determined to keep The Walking Dead universe going for as long as they can, with as wide a net as can possibly be cast by one single zombie franchise. To that point, the network has announced another new show in the ever-expanding universe based on Robert Kirkman’s highly popular comic book series of the same name. Titled Isle of the Dead, this latest show will bring back Lauren Cohan’s Maggie and Jeffrey Dean Morgan’s Negan in 2023 for an undead New York City adventure.

This latest show comes as The Walking Dead is poised to wrap up its run later this year. The spin-off hails from Eli Jorné, a writer and executive producer of the flagship series. The first season will consist of six episodes, with Scott M. Gimple, chief content officer of TWD universe, also on board. A brief synopsis for the show reads as follows:

“Isle of the Dead envisions the popular Maggie and Negan characters traveling into a post-apocalyptic Manhattan long ago cut off from the mainland. The crumbling city is filled with the dead and denizens who have made New York City their own world full of anarchy, danger, beauty, and terror.”

Gimple had this to say about it:

“Eli has created a chaotic, beautiful, grimy madhouse of the dead for Negan, Maggie, and fans of the show eager to discover an unseen and insane world of the TWD Universe. Lauren and Jeffrey have always been fantastic collaborators and now, we bring that collaboration to the next level with a series that will take these characters to their limits with the world — and each other. All of us are thrilled to take you on an all new, all different TWD epic for the ages.”

“I’m thrilled to partner with Dan McDermott and the team at AMC on the next chapter in The Walking Dead Universe. Maggie is very close to my heart and I’m excited to continue her journey against the iconic backdrop of New York City, alongside my friend and collaborator, Jeffrey Dean Morgan. Eli Jorné has created something incredibly special and I cannot wait for the fans to see what we have in store for Maggie and Negan.”

“I’m delighted that Negan and Maggie’s journey continues. It’s been such a ride walking in Negan’s shoes, I’m beyond excited to continue his journey in New York City with Lauren. Walkers in an urban setting has always been such a cool image, but 5th Avenue, Empire State Building, Statue of Liberty? The greatest city in the world?? The backdrop is amazing, but it’s the story that Eli Jorné cooked up that is even better. Buckle up folks, Isle of the Dead is going to reinvent the TWD Universe. Huge thank you to Dan McDermott, Scott Gimple and AMC for having us back for more… we simply can’t wait.”

The first spin-off in the franchise was Fear the Walking Dead, which has now been running for seven seasons. AMC also aired two seasons of The Walking Dead: World Beyond, a limited series focused on a new generation who grew up in the zombie apocalypse. Aside from that, we’ve got another untitled spin-off centered on the characters of Carol and Daryl on the way, as well as an anthology series titled Tales of the Walking Dead.

Perhaps most remarkable is that the main show has seen its ratings decline intensely from the highest of highs it achieved around its fifth season. And yet, in the modern media landscape that is so badly splintered, it is still one of the biggest shows on cable, capable of justifying not one but five other shows. All of this in addition to the series of movies centered on Andrew Lincoln’s Rick Grimes, still in the works. It’s remarkable the little zombie show that could, which kicked off in 2010, has led to all of this.

Isle of the Dead does not yet have a premiere date set.