Even though few details have been revealed THE NUN 2 appears to be on deck as the next CONJURING spin-off. 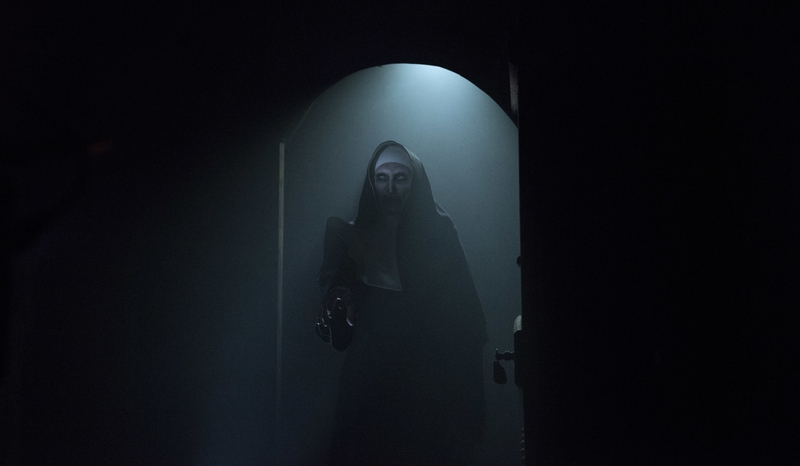 It's been quite some time since we've heard anything about The Nun 2 but CinemaCon, as well as a new report from the folks at Bloody Disgusting, have offered some juicy new details on the upcoming spin-off within The Conjuring universe. First and foremost, the sequel was confirmed to still be in development as it was briefly featured during Warner Bros.' presentation at CinemaCon in Las Vegas recently. Virtually nothing aside from a title card was seemingly included in the sizzle reel, but since it was the only movie set within the franchise teased, it apparently is next on deck to get cameras rolling.

That brings us to the news from Bloody Disgusting, with the outlet reporting today that Michael Chaves has been tapped to direct the sequel to 2018's The Nun. Chaves previously directed The Curse of La Llorona (which was only loosely tied to the larger Conjuring universe) before stepping up to helm last year's The Conjuring: The Devil Made Me Do It. Now, it seems Warner Bros. and franchise architect James Wan are looking to stay in business with Chaves as he will be the man in the director's chair for the long-awaited sequel. There is no word yet on when filming may begin, nor are there any casting details at this time. 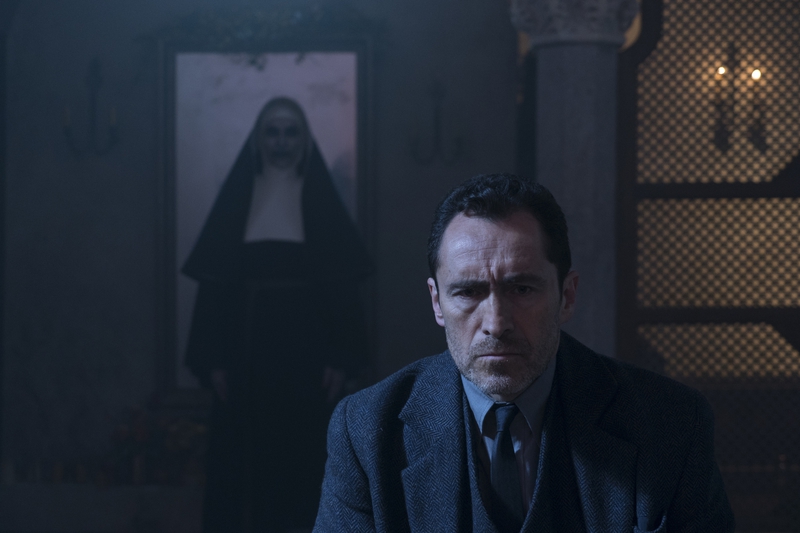 The Nun was a spin-off that resulted from a character named Valak, first seen in The Conjuring 2, played by Bonnie Aarons. The film took us back to the 1950s and gave us more background on the demon nun who stole the show in Wan's 2016 sequel. Corin Hardy directed the spin-off, which went on to make a ton of cash. Working from a very reasonable $22 million production budget, it took in $363 million worldwide, ranking as the highest-grossing entry in The Conjuring franchise to date. That being the case, the fact that the studio is still looking to get the sequel made makes a great deal of sense.

When last it was reported on, Akela Cooper, of Malignant fame, was said to be penning the screenplay for the sequel. Whether or not that is still the case remains to be seen. We can look to a bit of the franchise's past to set some expectations. The first spin-off in this universe, Annabelle, was released in 2014 and managed to make a lot of money ($256 million, to be exact). David F. Sandberg's 2017 Annabelle: Creation, was a fan favorite and made even more money ($305 million). Perhaps we can hope for a similar glow-up with this sequel.

The Nun 2 does not currently have a release date.