Blumhouse and Universal have released a brand new trailer for THE BLACK PHONE from director Scott Derrickson. 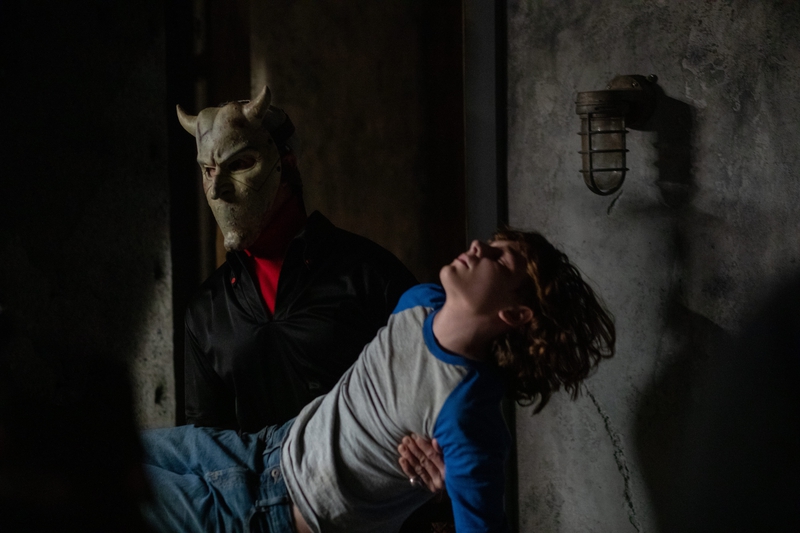 Universal Pictures and Blumhouse productions have revealed a brand new trailer for one of this year’s most anticipated horror movies in the form of The Black Phone. This one has an awful lot going for it on paper (a little more on that in a minute) but not the least of which is that it is adapting a Joe Hill story for the big screen, with the filmmakers behind Sinister making it happen. So, what does that look like? Let’s check it out.

Much to enjoy there from a pure horror movie things standpoint. For one, we get Ethan Hawke as a straight-up bad guy here, which is something we really haven’t seen from the actor in the many years he’s been working. At least not like this. Granted, he’s currently playing the villain on Marvel’s Moon Knight series, but this is more overtly evil. Plus, that mask is doing a lot of good work here. The premise is also deceptively simple, with shades of supernatural at play. It very much looks like the kind of horror film made for the masses in the best way possible. The synopsis reads as follows:

“Finney Shaw, a shy but clever 13-year-old boy, is abducted by a sadistic killer and trapped in a soundproof basement where screaming is of little use. When a disconnected phone on the wall begins to ring, Finney discovers that he can hear the voices of the killer’s previous victims. And they are dead set on making sure that what happened to them doesn’t happen to Finney.” 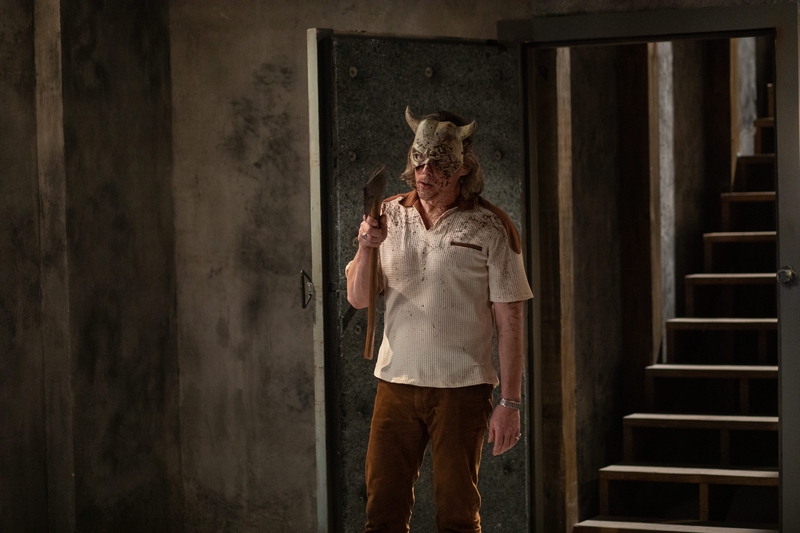 The movie hails from director Scott Derrickson, who co-wrote the screenplay with C. Robert Cargill. The filmmakers previously collaborated on Sinister and Doctor Strange, but this marks their welcome return to the horror space. Given that Sinister, nearly a decade removed, really feels increasingly like one of the best modern horror films we have, giving them some great source material to work with and bringing them back to the genre space feels like a big deal. Not to mention that the movie debuted to rave reviews out of Fantastic Fest last year, as it currently has an unblemished 100% approval rating on Rotten Tomatoes. Derrickson may not have returned for Doctor Strange in the Multiverse of Madness, but that means we get to enjoy this movie this summer, so things kind of worked out in the end.

The Black Phone hits theaters on June 24 and you can also find it on our issue #14 newsstand cover available now in our shop.