Director Matt Reeves reveals that a new series set within the world of THE BATMAN will take viewers to the infamous Arkham Asylum. 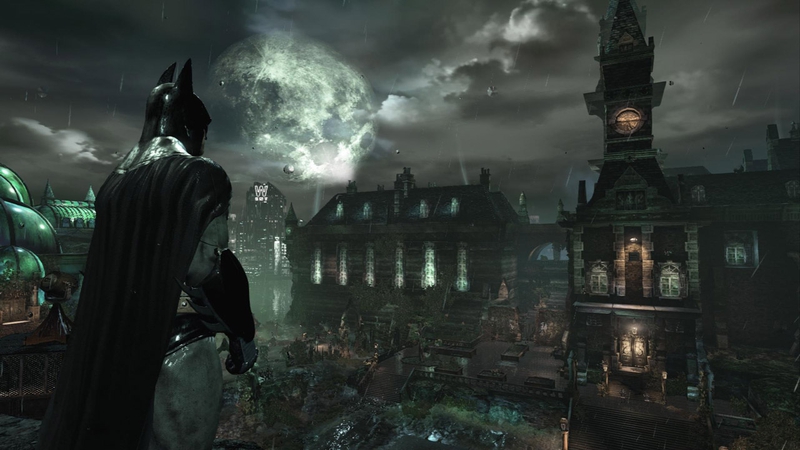 Though not something that is perhaps talked about with regularity, Batman’s universe is ripe with horror-driven storytelling and horrific characters. While The Joker is easily the most prominent example, there are dozens of deranged residents in Gotham City that lend themselves to genre-heavy storytelling. To that end, director Matt Reeves has revealed that a new spin-off series taking place in the same universe as The Batman will bring the horrors of the DC hero’s universe to HBO Max, focusing on the iconic home for the criminally insane, Arkham Asylum.

Reeves has been making the rounds to promote The Batman, a movie that hit theaters this past weekend and does at times feel like a horror/thriller with a superhero at its center. In chatting with The Cyber Nerds, the filmmaker revealed that a previously announced spin-off series centered on the Gotham City PD has “evolved” into something else entirely.

“We’ve actually now [moved] more into the realm of exactly what would happen in the world of Arkham as it relates coming off of our movie and some of the characters and their origins…almost leaning into the idea of, it’s like a horror movie or a haunted house that is Arkham. Again the way that Gotham is a character in the movie, I really want Arkham to exist as a character. You go into this environment and encounter these characters in a way that feels really fresh. And so in our work on Gotham, that story started to evolve, and it started feeling [like], ‘Wait, we should really lean into this.’ And then that’s kinda where that’s gone.”

We won’t get into spoilers here, but the film features Arkham Asylum and strongly hints that there is much to explore, with some potentially iconic characters from the pages of DC Comics poised to appear in this untitled series. Arkham has been a noteworthy location within Batman’s universe for decades, even taking center stage in the much-acclaimed Batman: Arkham Asylum video game. That being the case, the idea of exploring the location within this new universe makes a great deal of sense, and the fact that Reeves wants to lean even more into the horror of it all is a compelling idea.

Cinematic universes and continuity are all the rage in modern Hollywood, especially in the streaming era. So why wouldn’t Warner Bros. want to capitalize on this new iteration of the franchise centered on Robert Pattinson as Batman? Whether or not he would actually appear in this show remains to be seen as very few details have been confirmed. Though it wouldn’t be surprising to have him looming as a presence in the background.

The main takeaway here is that we seem to be entering the phase of the superhero adaptation craze that takes horror fans into account. We’ve got Morbius coming out next month, Marvel has a Blade reboot coming, and now this. It was only a matter of time.

The Batman is in theaters now.