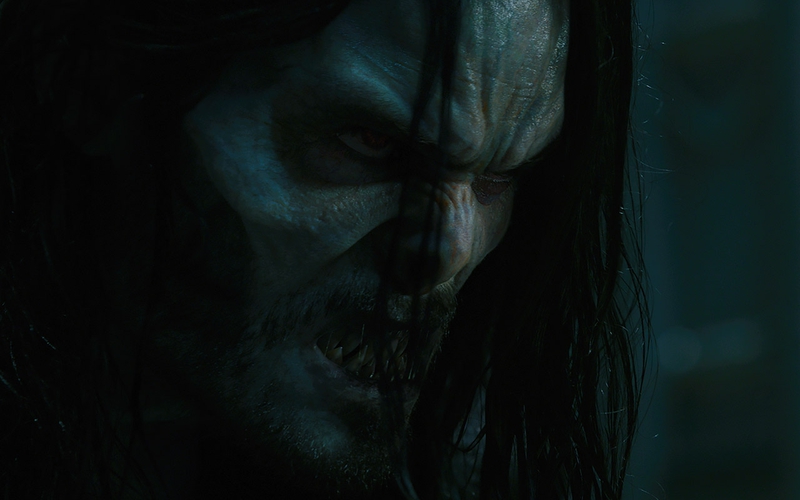 Today brings us a brand new trailer for Morbius, the long-delayed Sony adaptation of the Marvel Comics character of the same name. The film sees Jared Leto playing an antihero known as “The Living Vampire” and has been on the radar for a very, very long time thanks to the pandemic. So long, in fact, that the first trailer dropped more than two years ago, amazingly enough. But the actual release is mere weeks away, and this final trailer gives us a big taste of what’s to come, which is a superhero movie by way of vampire shenanigans.

This is a very action-heavy trailer, and it doesn’t skimp on Leto in full vampire form. This is Sony’s latest attempt to leverage the Spider-Man characters it controls to create solo superhero franchises. Venom worked out quite well, so they’re naturally going to double down. What’s interesting, in this case, is that it is at least one part horror movie mixed with a big-budget comic book flick. And it’s largely been superhero movies and horror movies propping up the box office for the last year and change. Could this be the best of both worlds? Or is that merely wishful thinking? Here is the official synopsis:

“One of the most compelling and conflicted characters in Sony Pictures Universe of Marvel Characters comes to the big screen as Oscar winner Jared Leto transforms into the enigmatic antihero Michael Morbius. Dangerously ill with a rare blood disorder and determined to save others suffering his same fate, Dr. Morbius attempts a desperate gamble. While at first it seems to be a radical success, a darkness inside him is unleashed. Will good override evil – or will Morbius succumb to his mysterious new urges?”

Daniel Espinosa (Life) is in the director’s chair for this one. Aside from Leto, the cast includes Matt Smith (Doctor Who), Adria Arjona (6 Underground), Jared Harris (Chernobyl), Al Madrigal (The Way Back), and Tyrese Gibson (F9). Matt Sazama and Burk Sharpless (Dracula Untold) penned the screenplay.

One interesting thing to consider here is the high-profile nature of this release and what it could mean for horror in the mainstream. Superheroes are and figure to be the biggest things in cinema for the foreseeable future. If filmmakers and studios can start sneaking horror movies into these things, that could be very good for genre films in general. We also have Marvel’s Blade reboot coming down the pipeline, which could further provide vampires with the most significant stage imaginable. Whether or not that movie ends up being any good? That’s a question to revisit at another time, but this could provide a little boost to the cause of theatrically-viable horror in Hollywood.