Broke Horror Fan and Witter Entertainment have teamed up to bring TERRIFER 2 to a VCR near you. 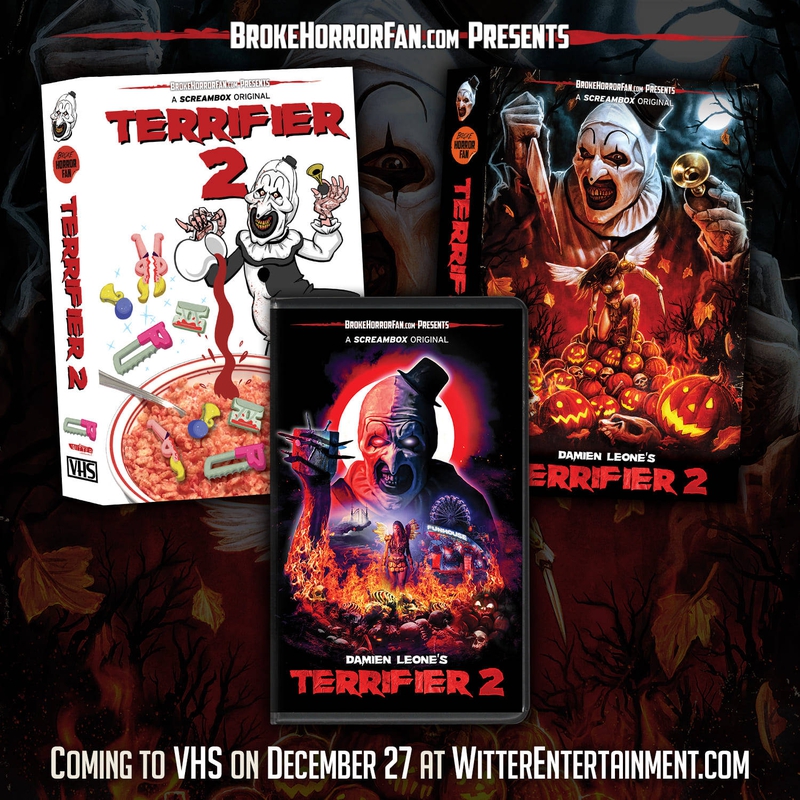 Director Damien Leone brought Art the Clown back in extra bloody fashion this year for the unexpected horror hit Terrifier 2. But now that the movie has finished its successful theatrical run and has made its way to streaming, what’s next? We’re glad you asked! As confirmed by the folks at Bloody Disgusting, the film is getting a physical release this December for those of you who are still living in the ‘90s. Yes, the movie is coming to VHS. Now might be a good time to dust off that VCR sitting in your basement/closet/attic.

The release is coming to us from the folks at Broke Horror Fan and Witter Entertainment. The Terrifer 2 VHS comes in three available options: the standard edition in a black clamshell case with art by Creepy Duck Design, a big box variant with art by Sam Coyne, and an Art Crispies book-style big box with a flip-open cover. Artwork for each of the respective releases has been revealed, and we’ve included it here for you to check out.

To make the experience a bit more authentic, the film has been cropped from its original aspect ratio to 4:3 full frame, giving it that genuine VHS feel. It is officially licensed from Cinedigm and Screambox and has been approved by writer-director Damien Leone. As for the uninitiated? Terrifer 2 is the sequel to 2016’s Terrifer. The synopsis for the film reads as follows:

“After being resurrected by a sinister entity, Art the Clown returns to Miles County where he targets a teenage girl and her younger brother on Halloween night.” 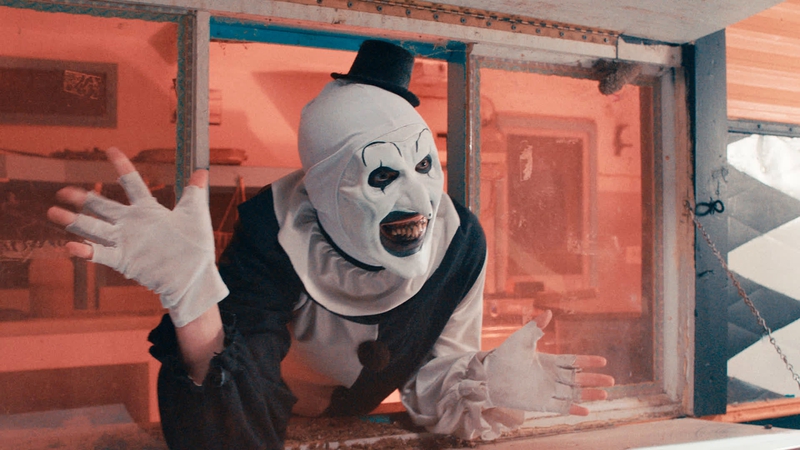 We’ve had several big, non-franchise horror hits this year, including the likes of Jordan Peele’s NOPE, Scott Derrickson’s The Black Phone, and Paramount’s runaway hit Smile, which is the highest-grossing horror movie of the year. But nobody expected Terrifier 2 to be the word-of-mouth hit it ended up becoming. Against a mere $250,000 budget, the film earned more than $11 million at the box office and has since done quite well on VOD as well. Not too bad for an unrated slasher sequel to a micro-budget indie from several years back. Now, it will be immortalized in retro form—a fitting end to the unlikely journey.

Those interested in scooping up Art the Clown’s latest romp on VHS can do so beginning Tuesday, December 27, at 12pm EST/9am PST via Witter Entertainment. In the meantime, Terrifier 2 is currently on Digital or streaming on Screambox.