Matthew Patrick Davis on bringing "The Mother" to life.

Barbarian's Matthew Patrick Davis has shared some photos from his personal collection with us. That's right, the man behind The Mother. [Spoilers!]

Once Barbarian descends down those dark steps, we get a lot more than additional square footage to add to the real estate listing. A whole new world is unearthed, and at the heart of it — Mother! The Barbarian director's cut is out now, featuring commentary by Zach Cregger and Roy Lee. Matthew Patrick Davis stopped in to share some behind-the-scenes shots of this iconic look and chat a bit about stepping into the role and tapping into his motherly instinct.

Can you talk a bit about the process of getting into that suit and becoming "Mother"? How did it help to inform your movements and performance?

When I first read the script, I imagined a full-body suit, but The Mother prosthetics were actually relatively minimal. It involved pieces on my face, the headpiece with the wig, a strip covering my Adam’s apple, fake teeth and fingernails, yellow contacts, the boobs, a crotch piece, and a thong. The rest was all me, baby! I Veet-ed my body every week to be hairless. The make-up team added a couple of open wounds to my hands and arms with prosthetics and then air brushed my entire body to look pale and filthy. The first make-up test took about five hours, but it kept getting quicker and quicker, and one time they actually did it in under two hours. It was so fun as an actor to be able to sit in front of the mirror and slowly watch yourself transform and get into the character. 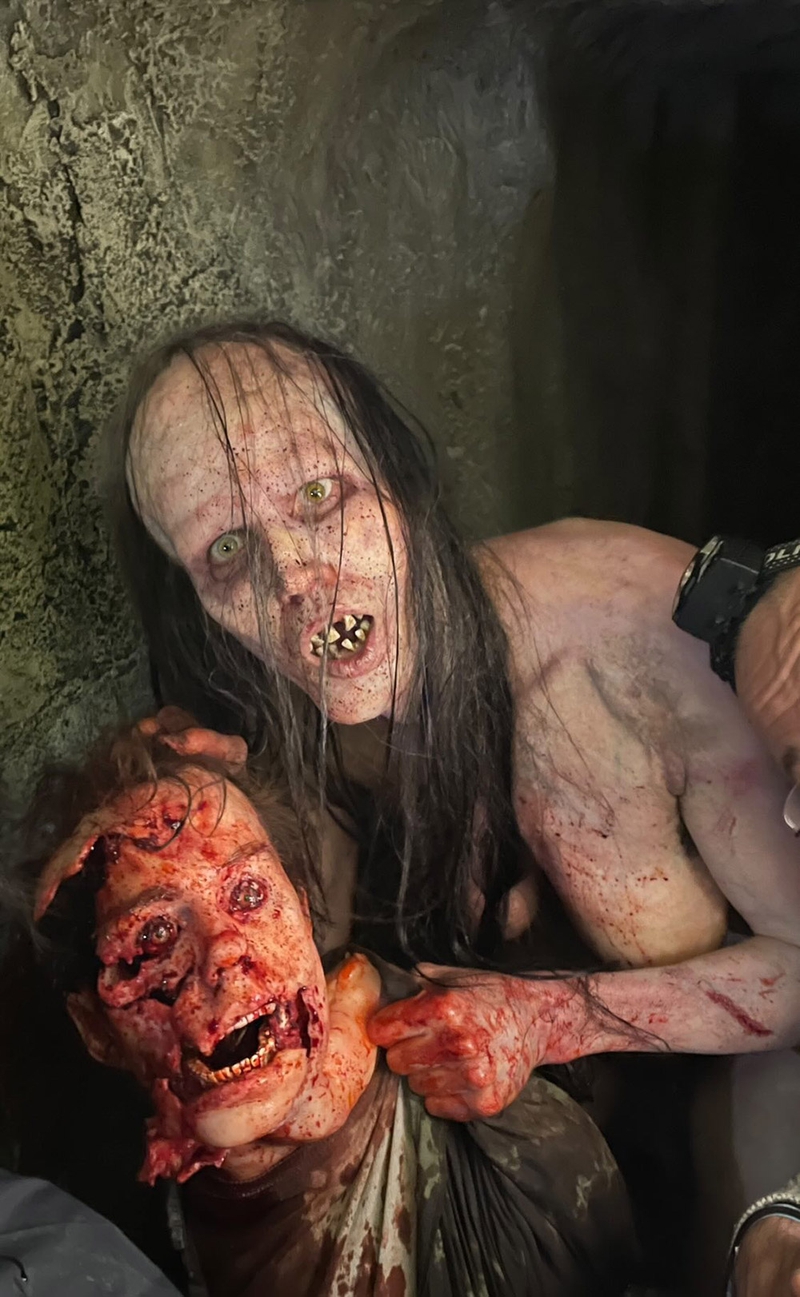 What did it feel like stepping into the full completed look for the first time, seeing yourself transformed into Mother?

Just pure excitement that I was totally unrecognizable, and in awe of the genius work of the makeup team for creating this nasty masterpiece on my bod.

I mean, every day was an insane adventure. I was either Kool-Aid Man-ing thru a wall and beating someone to death with their own arm, getting in a flight rig with my boobs on over the flight rig to do the jump off the silo, or yes, forcibly breastfeeding Justin Long. Every day an adventure. I was intimidated by Bill [Skarsgård] because he’d just delivered an iconic prosthetics performance with Pennywise, but he immediately made me feel at ease. I was impressed with Georgina’s emotional facility; welling up with tears for a take and joking between takes. And working with Justin was a lesson in attitude — we had to do some pretty strange things together, but he never once complained and was always fully game. ‘Course, he’s been a prosthetic walrus, so maybe for him it was just another day.

And of course, any comments on what it felt like to breastfeed Justin Long?

It felt just like you’d think. Justin and I now have an unbreakable mother/baby bond. We will have always done that. 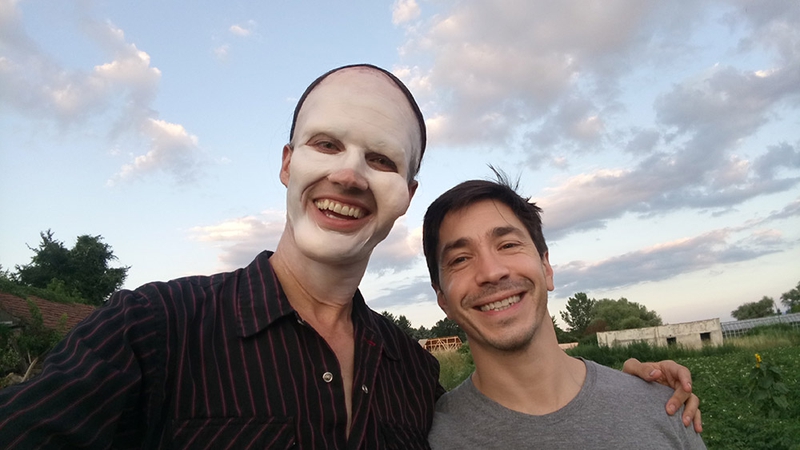 And here's pic of me and my stunt double, Ivailo Dimitrov. She took getting hit by a car into the side of a building like a champ. We called her “Buff Mother.”